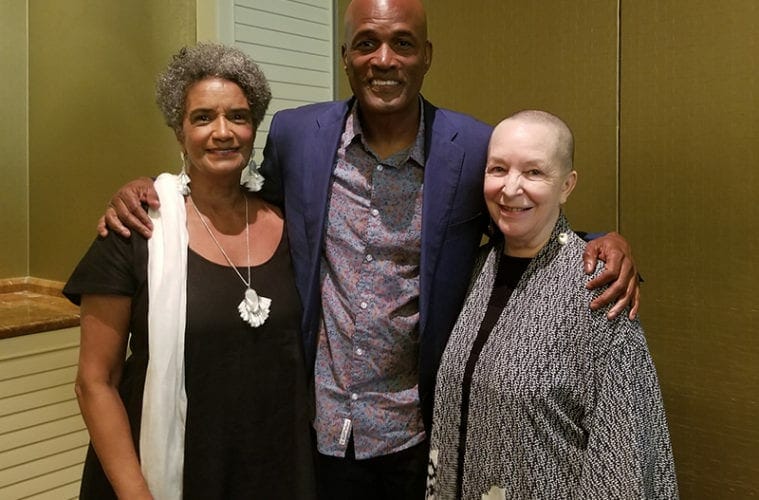 Kenny Leon, cofounder of True Colors Theatre, made his message about supporting local theater and arts education clear during his remarks at the second annual True Colors Applauds Awards Brunch, held last weekend. WarnerMedia quickly heeded the call when Sydney Langdon, the company’s corporate responsibility manager, announced that it would be giving an additional $10,000 to the theater. The awards brunch honors members of the Ovation Circle Society — the highest giving level at the theater. Four of the awards are grounded in True Colors’ core values of boldness, laughter, abundance and respect, and a fifth award — the Jane Bishop National Theatre Award — is named for the theater’s late cofounder.

The event was held at the InterContinental Hotel in Buckhead and emceed by veteran news anchor Brenda Wood. Contemplation on free speech, the threat of current legislative action to the local film industry and the urgency to sustain joy were also running themes throughout the event. During her acceptance speech, Cleage said, “Part of what fascism takes first is our capacity for joy. When we [laugh, dance, and sing, we resist that.]” 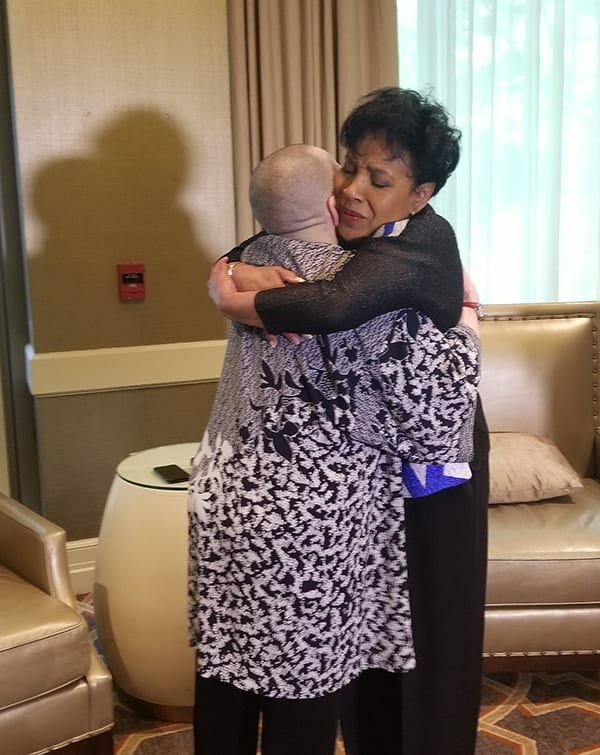 In addition to recognizing longtime supporters of the theater, the event also represented a colloquial passing of the baton from Leon to artistic director Jamil Jude. Kenny Leon’s True Colors Theatre Company has been dedicated to telling stories that honor the African American experience for the last 17 years. Jude plans to build upon that legacy by making True Colors a destination for new play development.

“We help drive culture, and we help sustain culture,” Jude said. “I want us to show up where people need stories and where people didn’t think they needed a story.”

Students from the theater’s signature education programs, the August Wilson Monologue Competition and the Act Like A Lady mentoring program, shared stories of how the arts have impacted them. The first- and second-place winners of the 2018 competition performed monologues from Gem of the Ocean and Ma Rainey’s Black Bottom, prompting Rashad to mention the importance of representation in her speech.

She recalled an incident at her alma mater, Howard University, where a white professor told her, and classmate Pearl Cleage, that there was “no place for the negro in the theater.” This is why Rashad said in an interview that she keeps coming back to the stage. Rashad has worked with Leon on nearly a dozen projects, most notably her Tony Award-winning performance in A Raisin in the Sun on Broadway in 2004.

“Theater is the original discipline,” Rashad said. “It’s the breath. Before my first show at True Colors, I hadn’t worked in theater in eight years. There were people who wouldn’t even see me for parts because they saw me as Claire Huxtable. Kenny Leon saw me as an actress capable of many things.”

True Colors closes its 16th season this summer with the musical East Texas Hot Links, starring Maiesha McQueen, who just came off of the Broadway tour of Waitress. For more information, visit the theater’s website.