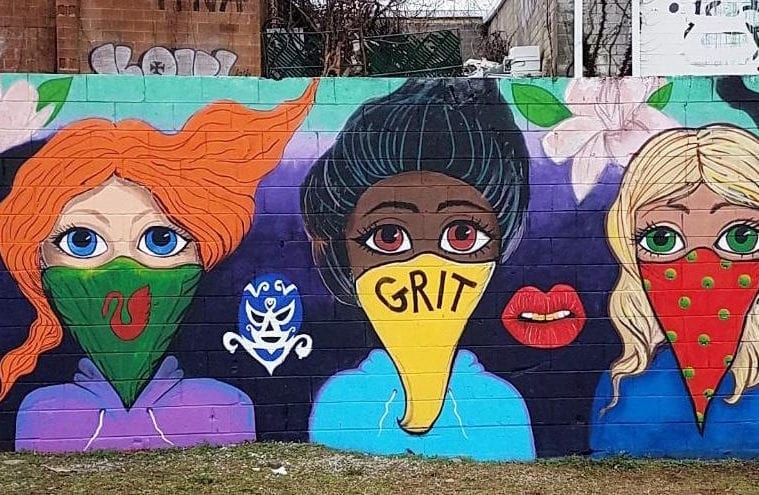 This week in street art: Meet the Art behind the Atlanta Street Art Map

When Art Rudick was 4, his father would take him to the Pittsburgh International Airport to watch planes take off and land. But what also caught Art’s eye was an Alexander Calder mobile in the atrium. 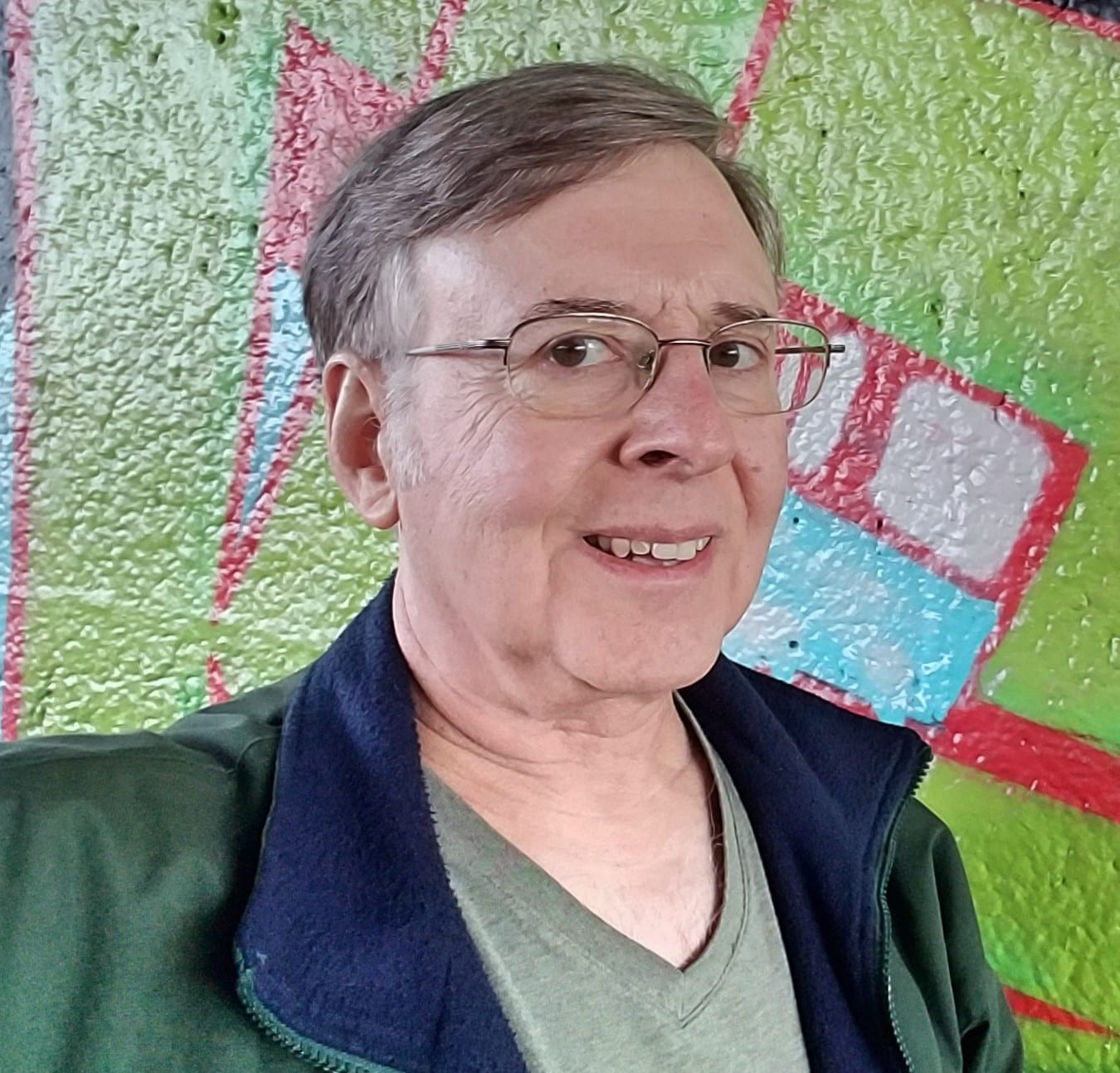 Man of many murals: Art Rudick founded the Atlanta Street Art Map in 2017.

“From the eyes of a 4-year-old child in 1960, before virtual reality and before the visual effects like we have now, seeing this huge, complicated structure move through space was like magic,” Rudick says. “To this day, that sculpture sticks with me. I still remember that sense of magic I felt.”

That’s Art’s earliest memory of art. The mobile, which left a lasting impression, still hangs high in the Pittsburgh airport. Rudick, who still possesses that sense of wonder, moved to Atlanta in 1984 and launched the Atlanta Street Art Map in 2017. The interactive website maps more than 600 murals in 16 in-town neighborhoods, presents brief bios of some street artists and takes visitors on seven self-guided, citywide walking tours.

Rudick, now 61, recently teamed with ARTS ATL for a weekly street art feature, which launched March 15 and, thus far, has looked at murals by the Lotus Eaters Club in southwest Atlanta, Kevin Bongang in Buckhead, Meagan Jain in Sweet Auburn, 19 artists under the Freedom Parkway Bridge and the Lauren Pallotta Stumberg-led Persephone Rising in the Old Fourth Ward.

We thought it high time to meet the man behind the odometer and camera who so happily and doggedly tracks the newest and most noteworthy street art in town. 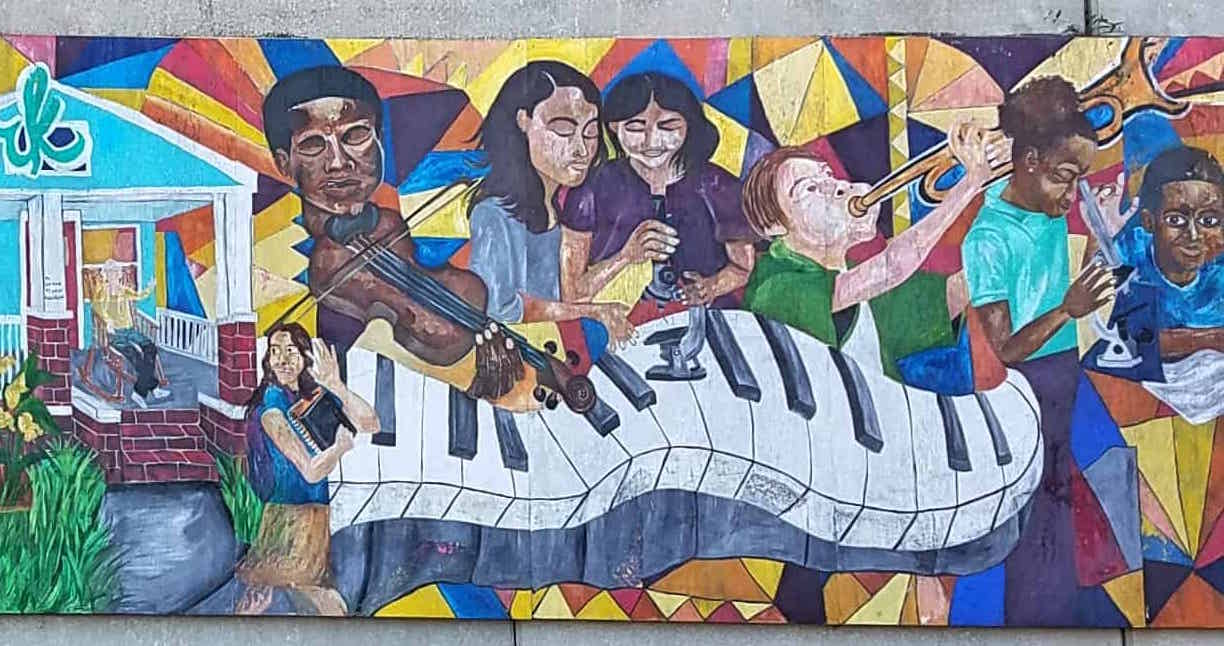 Rudick updates his site every few weeks, usually finding new murals through social media, emailed inquiries and by driving around. To ensure all information is up to date, he does a drive-through of every mural he lists twice each year.

“Street art by its very nature is transient, and you have to keep up with it,” Rudick says. “And because street art is so transient, it’s perfectly suited for social media.”

The digital era has changed the game for artists. They can reach diverse audiences and connect instantaneously with large groups of people. Rudick says social media also allows artists to promote themselves on a level that wasn’t possible before.

“It’s a double effect in that you have artists who use social media to promote work, and you have people who may not have been exposed now being exposed due to social media,” he says. “I think that just by osmosis people are being exposed to street art that wouldn’t normally think about it.” 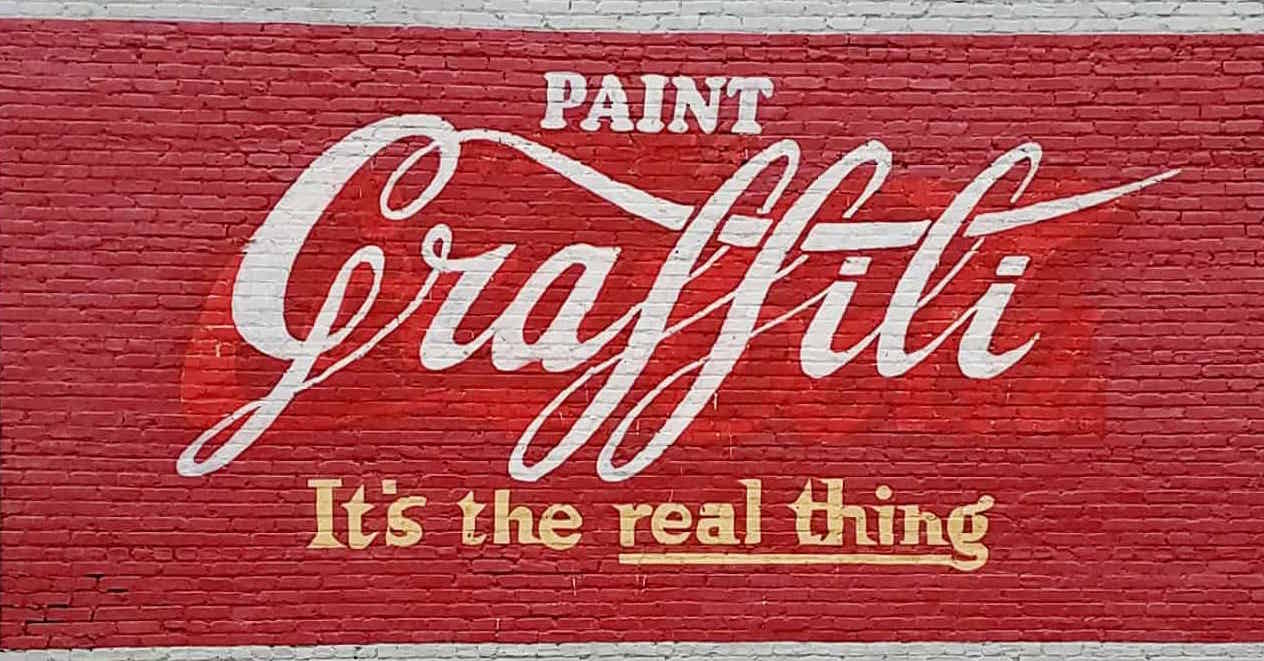 The idea for the Atlanta Street Art Map began when Rudick and his wife, Lauren, took a trip to New York City and were introduced to Instagram and street-art walking tours. Rudick came home ready to see what Atlanta had to offer. He found plenty. And, while researching murals online, he noticed the lack of up-to-date websites. Many contained photos of murals that were long gone. Instagram was no longer enough to show off Atlanta’s street art, but a comprehensive website could be.

“That got me thinking,” says Rudick, who was a engineer for the Coca-Cola Co. for 32 years. “I retired at the end of 2016, and it became a nice retirement hobby.”

In the three years that Rudick has been part of the street-art community, he’s noticed an increase in commercialism. Street art has become more accepted and popular, he says, leading large corporations — like Nike and Pepsi — to sponsor murals as advertisements.

“People are realizing it is a legitimate art form that’s beautiful and interesting,” Rudick says. “Sometimes the artists make it for fun, and sometimes there’s a deeper message to it. Often the stuff in museums is very highly curated. With street art, there is no curator. The artists do whatever they want to do.” 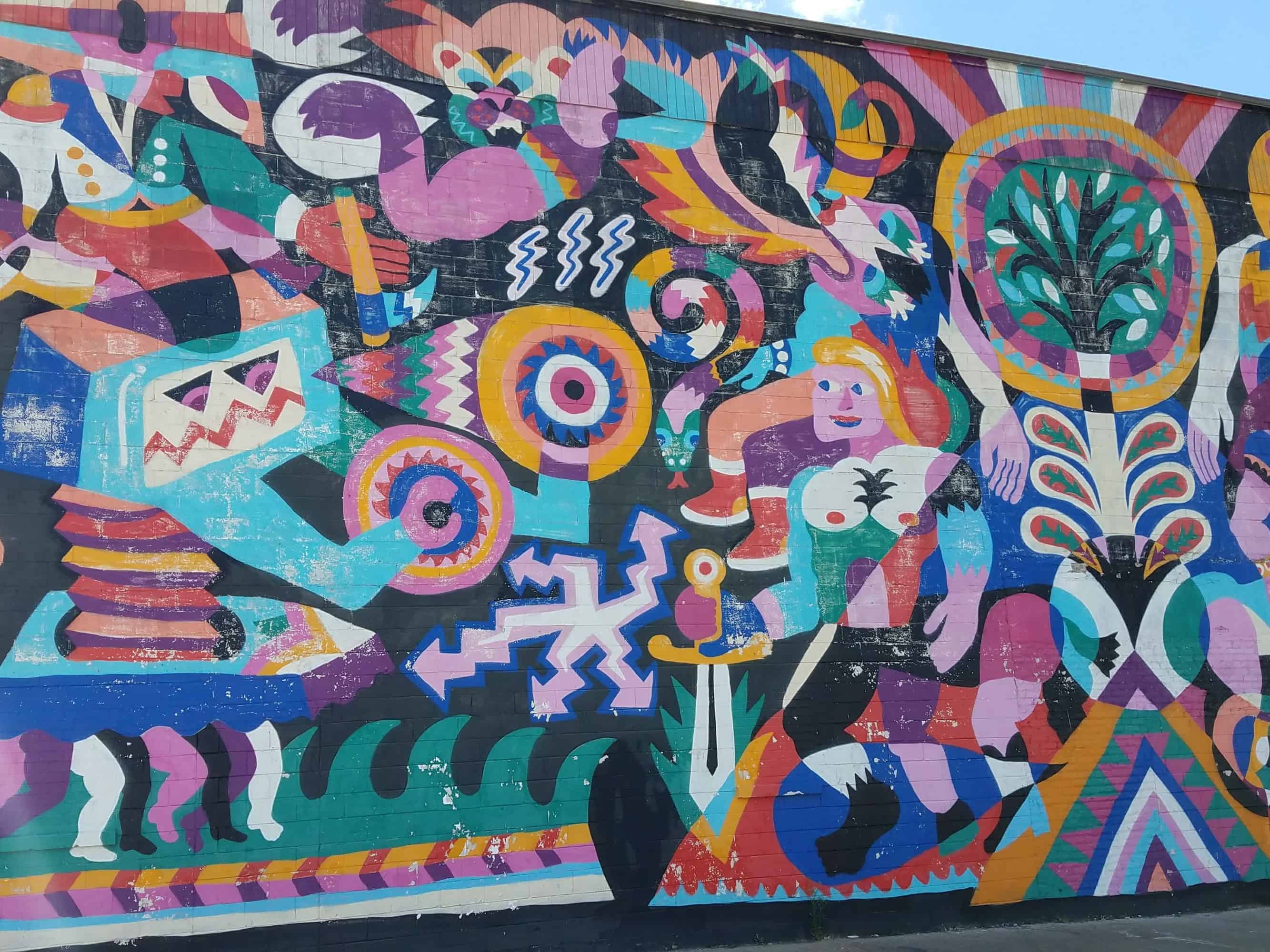 This mural by Louis Lambert, aka 3ttman, is at 39 Georgia Ave. SE. (Photo by streetartmap.org)

Street art often reflects politics, the artist’s personality and/or the history of the community. Rudick has noticed that themes often vary by neighborhood.

“If you are in a neighborhood that is gentrified, most is just for fun or stuff that’s visually appealing,” he says. “If you go into more underserved neighborhoods, it’s more inspirational messages.”

Earlier this year, Rudick and his Atlanta Street Art Map weighed in on the Ray Geier controversy, in which the artist known as Squishiepuss faces numerous allegations of sexual harassment and misconduct. Atlanta Street Art Map sponsored a cover-up of a Geier mural in Cabbagetown, with a new mural painted by a team of female muralists, including 70Dot (Donna Howells), patl.sv (Patricia Hernandez), brthatl, @cisnearts (Madison Silva)  and p_shootie.

Rudick does what he does out of curiosity and the desire to spread the word about street art. Considering his first name, it seems he was born to do this. “It’s just a happy coincidence,” he says, that “my name is Art.”

We’d like to hear from you. Please send comments and suggest murals, artists or neighborhoods we should spotlight. Email kathy@artsatl.org.