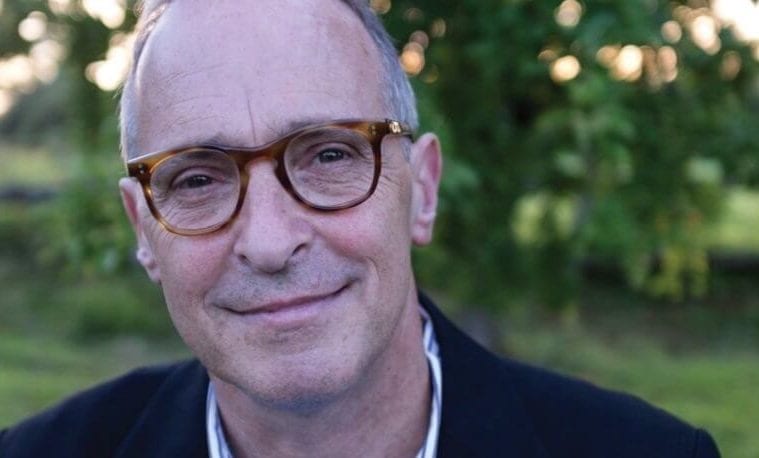 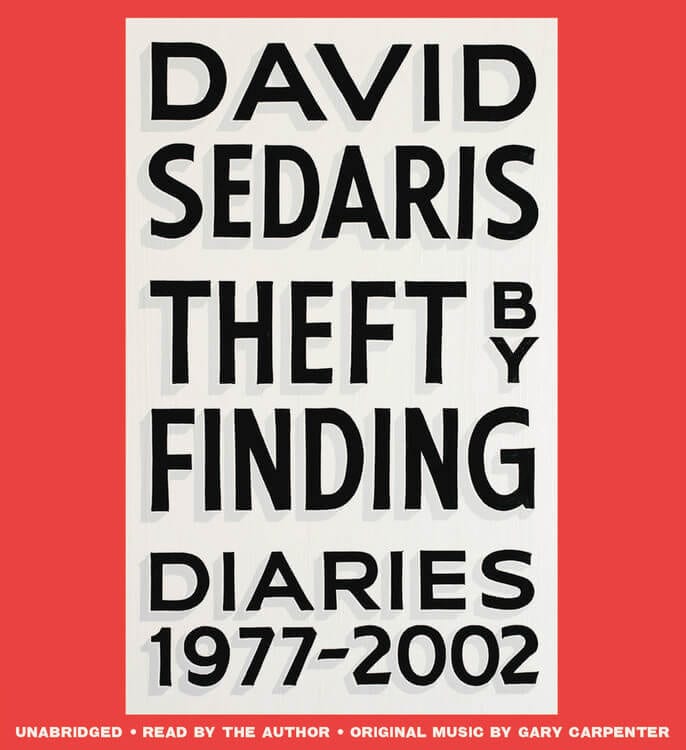 As one of the country’s most prominent and popular essayists, Sedaris has mined his personal experiences and observations so brilliantly and thoroughly for so many years that it would seem that almost any worthwhile observation or anecdote jotted down in a diary would have already ended up in the published work. I recall Sedaris saying in interviews in the late 1990s that he’d lately moved to France because he needed something new to write about. Repatriation in search of subject matter would, in almost any other context, sound laughably extreme or unbearably pretentious, but in Sedaris’ case, it made perfect sense.

His innumerable essays across multiple bestselling books and his numerous, beloved pieces for NPR most often recount events from his personal life. And experience is, by nature, finite. His pieces already have the intimate, personal tone of a diary, and the best-known among them, The SantaLand Diaries, even contains the word in its title and takes that form. In other words, having already heard him confess to everything on the radio, is there anything left for us to discover in the diaries?

Yes, indeed. Though the diaries often cover familiar territory, the material, and that singular Sedaris aesthetic, seem surprisingly fresh as they emerge in the newly published Theft by Finding: Diaries 1977-2002 (a second volume picking up in 2002 will be published at a later date). The title, as Sedaris notes in the introduction, comes from a British term for a peculiar sort of crime. In America, if you find a five-dollar bill on the sidewalk, you are five dollars richer, but in Britain, if you find and keep a five-pound note, you are technically guilty of a crime, theft by finding. Sedaris believes it’s an apt term to describe the transfer of experience, particularly observations of others, into the written word; he even notes in the introduction that he seldom records his own feelings in the diaries, but has always been eager to record the reactions and emotions of others, the more extreme and outrageous, the better.

The Sedaris we meet in the pages of Theft by Finding will be familiar to longtime readers — we recognize family members, the shape of the biography, certain experiences and personalities — but they can often have a very different aspect in these pages. Among the most memorable and funny of Sedaris’ published tales are those that touch on his peripatetic wanderings as a young man. In the diaries, the same period doesn’t merely have a dark edge to it as it does in the quirky essays; the time sounds utterly bleak, desperate, lonely and depressing.

In a flophouse in Portland, Oregon, in 1977, he writes, “The lobby is full of dying, old people, cripples and a girl who ate hamburger after hamburger, pouring ketchup on every bite. Toilets are down the hall. Our carpet has vomit on it. . . . I called home and talked to Mom. It was so nice to hear her voice, I didn’t want to hang up.” The eye that settles on a girl satisfying a revolting appetite in a filthy hotel lobby is clearly Sedaris’, but any humor of being in those circumstances could only emerge in hindsight. In his essays, Sedaris may share a self-deprecating laugh with the reader about his youthful floundering and shortcomings as seen from a comfortably removed distance, but in the diaries, descriptions of the same situations have the messy unwieldiness and rawness of lived experience. There and elsewhere, the feelings of being lost, alone and directionless are heart-wrenchingly genuine.

Things improve for Sedaris once he moves to Chicago, and we begin to see a familiar aesthetic taking shape. Odd jobs and combative crazies seem to fly into his psyche and stick. Sedaris’ unabashed honesty about anything and everything also impresses. In art school in the 1980s, studying slides of work by the world’s most renowned contemporary artists, he admits, “We saw Richard Serra and Eva Hesse pieces. Everything looked dirty and depressing to me.”

The diaries, consisting of short entries and sometimes merely lists detailing the day’s incidents, aren’t conducive to being read start to finish; Sedaris himself writes in the introduction that he imagines readers dipping into and out of the work, “like someone else’s yearbook or a collection of jokes.” He’s correct: that beloved wit best shimmers into view as you wander directionless through the pages.

Especially fascinating is coming across Sedaris zeroing in on a subject that later became prominent in the essays. Entries in 1998 began recording his observations and experiences with an outrageously harsh French teacher, her temper, her unpredictability and her chiding, near-bullying, of vulnerable students, as well as her strange effectiveness as a teacher. She later became the subject of the title essay of the bestselling book Me Talk Pretty One Day. A reader might think of this and other sections, such as the one detailing his work as a Christmas elf at Macy’s, as DVD extras, interesting outtakes from the famous work that didn’t make the final cut. “We were given an in-class assignment, and as we wrote, the teacher moved from desk to desk and screamed at us,” he first records in his diary about his now infamous French teacher. “When she got to me, she looked at my paper, bent down and attacked it with her eraser, digging away at my mistakes and saying, in her best English, ‘I hate you.’”

The diaries also occasionally give us a glimpse, as an essay itself never could, at what effect publication had on Sedaris’ subjects. “The inevitable finally happened, just as I knew it would,” he writes. “My French teacher faxed Andy at Esquire to say my article has had the effect of a bomb at the Alliance Française . . .”

Dipping into and out of Sedaris’ diaries is strangely addictive, though many readers may understandably find the experience lacks the satisfying narrative pull and closure of the tidier finished pieces; Sedaris himself would be the first to acknowledge that not everyone shares the same appetites. Still, the diaries are, as he says, very much like flipping through a yearbook. On every page, there is some strange, funny, vivid detail that seems — and often is — part of a larger story.

David Sedaris will read from Theft by Finding at Atlanta’s Fox Theatre on October 22 at 7 p.m.