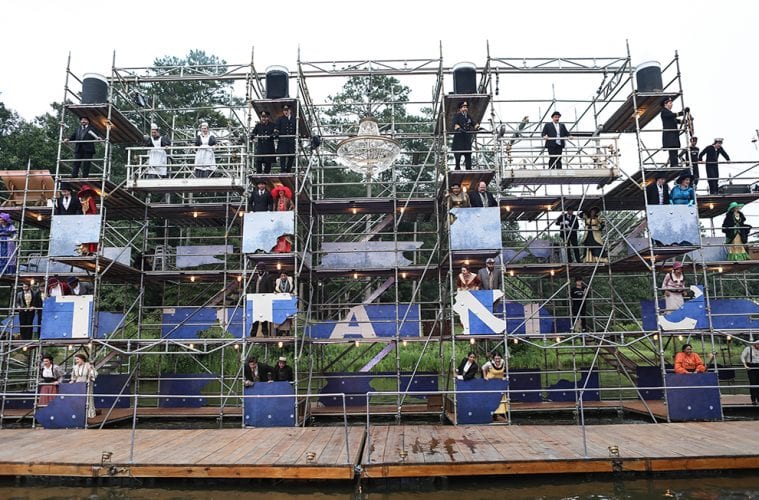 Year in Review: A look back at the theatrical productions that dazzled us in 2018

From sinking ships in high-spectacle musicals to heartfelt family dramas, the shows on Atlanta’s stages were as diverse as our beloved city. New faces popped up in unfamiliar spaces, and ArtsATL‘s theater critics were on the job, seeing hundreds of shows this year.

We asked our contributors — Andrew Alexander, Liz Dooley, Jim Farmer, Curt Holman and Kelundra Smith — for their favorite shows of the year. Take a look at our picks for the productions and performers that deserve a little extra time in the limelight this year.

Kote coaxed terrific performances from a large cast, especially Latrice Pace as Celie and Jasmyne Hinson as Shug. The musical numbers were as inspired as any I’ve seen this year, but the director never skimped on the human element. Without people you’ve come to care deeply for, those wonderful songs would mean nothing.

Jumps, kicks and backflips, oh my! Director Justin Anderson and choreographer Ricardo Aponte maximized the talents of a young, vivacious cast to transport audiences back to a time when newspapers flew off shelves and selling them filled bellies. Shannon Robert’s stunning set design perfectly captured New York’s underbelly — complete with scaffolding bridges and exposed brick — and made for an almost perfect night of theater.

Playwright Tony Kushner couldn’t have known that 25 years after writing his fantasia about the 1980s AIDS epidemic, the nation’s struggles with Alzheimer’s, opioids and political ideology would have everyone in a state of deja vu. Helmed by artistic director Freddie Ashley and guest director Martin Damien Wilkins, time stood still in the best ways during this seven-hour epic. It also served as an Atlanta debut for the show’s lead Grant Chapman and a master class from two of Atlanta’s favorites, Carolyn Cook and Robert Bryan Davis. 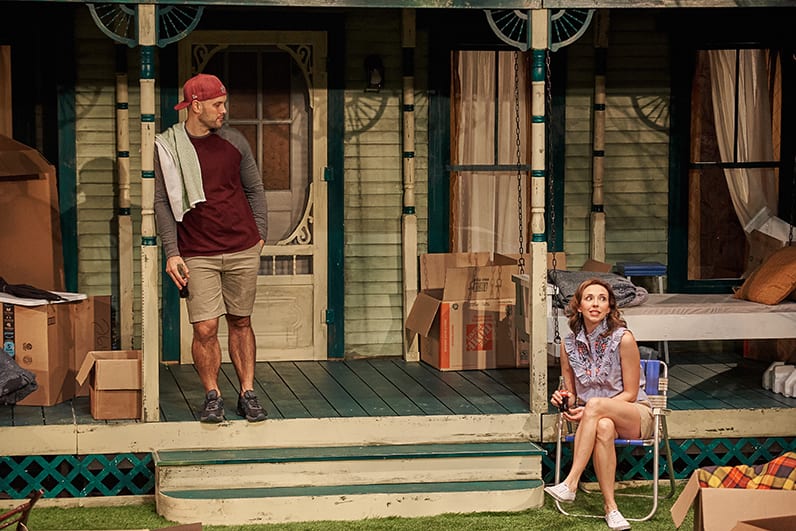 That its two leads wind up together is pretty much a foregone conclusion, but getting there was delightful in Audrey Cefaly’s Maytag Virgin. Courtney Patterson stars as an English teacher on sabbatical after the death of her husband whose new neighbor (Brad Brinkley) is a fellow teacher who has lost his wife. Directed by Melissa Foulger, Maytag Virgin worked as a comedy, romance and character study.

In Alix Sobler’s tale of an American Jewish couple trying to save 50 children from the impending disaster of the Holocaust, something like costumes normally fades into the background like wallpaper. However, each of Zabriskie’s spot-on outfits told a story of its own. From elegant cocktail gowns to just the right level of shine on patent leather shoes, Zabriskie nailed it.

Set over the lake at Serenbe, Koch’s 100-foot-long Titanic set with its multistoried scaffolding, complete with an elaborate submerging chandelier, brought the story of the ill-fated voyage to vivid life (and music-filled watery death) this summer. 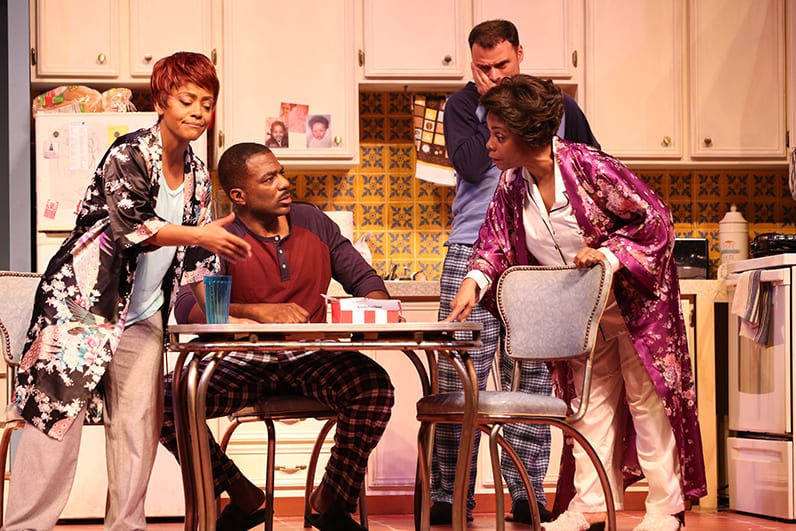 Siblings must figure out what to do with their aging mother in DOT. (Photo by Brenda Nicole Photography)

Crafting a comedy about a family watching their mother’s decline as she faces Alzheimer’s is a risky move, but in the hands of a smart ensemble, Colman Domingo’s script delivered laughter and tears this summer. Kenny Leon directed a powerhouse cast of six actors, including Tinashe Kajese-Bolden, Amber A. Harris and Denise Burse in the title role. Together, they delivered performances as comforting as the dinner they shared.

While its home venue at the Woodruff Arts Center gets a much-needed renovation, the Alliance has presented its shows in venues all across town. From an unforgettable dive into difficult Southern history in Native Guard at the Atlanta History Center to a colorful and inventive Candide featuring the Atlanta Symphony Orchestra on the Symphony Hall stage, it was difficult not to be impressed.

The Ones To Watch

Founded in 2012 by artistic director Carolyn Choe, Out of Box will take on shows as wild and messy as its Halloween tradition Evil Dead: The Musical and as closely observed and thoughtful as the downbeat comedy The Flick. The company seems dedicated to the idea that entertaining audiences doesn’t mean playing it safe. 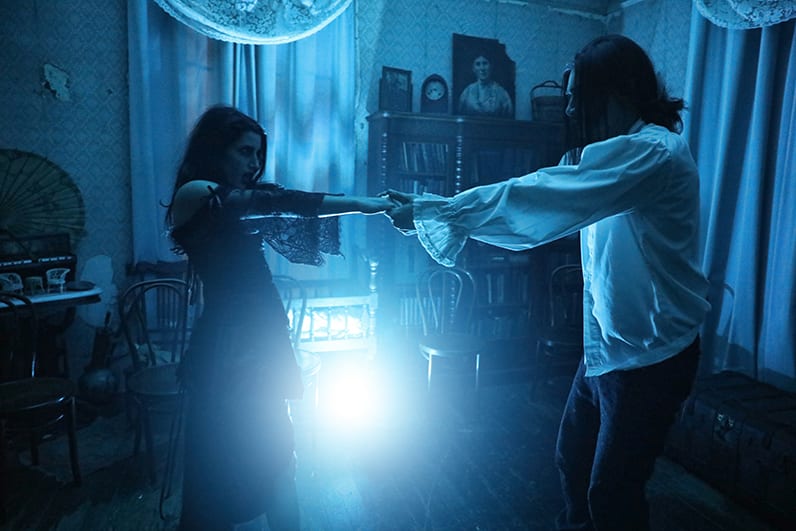 Show we didn’t love but would like to see again: The Edgar Allan Poe Experience

This fall, Brian Clowdus, artistic director of Serenbe Playhouse and CEO of Brian Clowdus Experiences, turned The Wren’s Nest into an asylum where Poe is confined, and audiences were able to enter four separate rooms as part of the action. Though the production was repetitive — even at an hour or so, it dragged — and lacking in tension, we did like its ambience and concept.

This summer, Sharpe proved that he has the same comic genius as a playwright as he did in his role in Black Nerd at Dad’s Garage with the premiere of his dramedy Woke at Essential Theatre. Sharpe’s tale of a friendship between Adrian (Derrick Robertson) and Jesse (Paul Danner) — one white, one black — hits a snag when Adrian sees Jesse’s family’s reaction to a black man who has been shot. While Woke shows the irony of a couple who pat themselves on the back for voting for Obama but believe only good things happen to good people, it doesn’t create easy villains. The summer of 2018 can be described as the summer of Avery Sharpe; we sincerely hope it’s the first of many.

Anthony Goolsby
Goolsby is both a superlative improviser and an accomplished dramatic actor. The result, as seen in Weird Sisters’ Electric Baby, is less a well-realized character and more (in this case) an actual Pittsburgh cab driver with a uniquely afflicted baby, who just happens to be driving his cab onstage at the moment. Goolsby as a dramatic actor possesses the same pull that Goolsby-as-improviser does: an engaging and indelible energy. 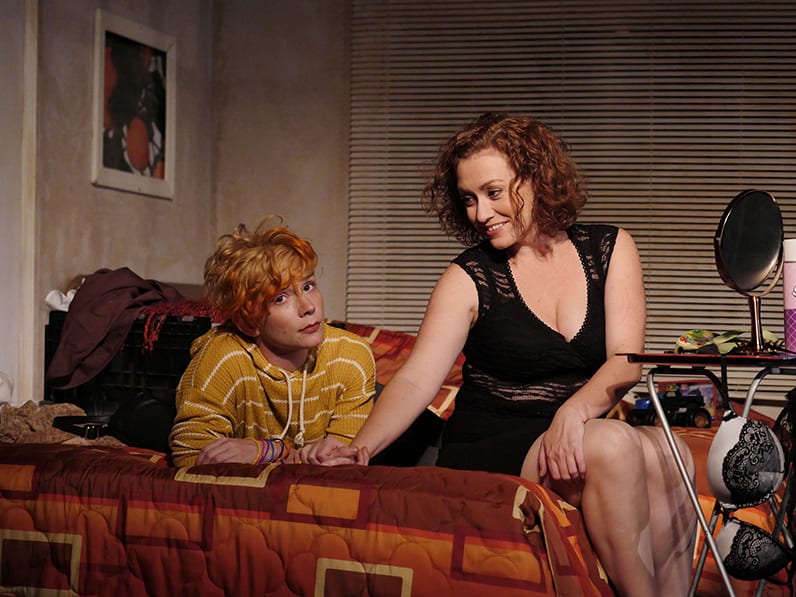 Ashley Anderson
It’s true that Anderson has played many young women persevering under intense strain — see Alix in Nomad Motel at Horizon and Chris in Cardboard Piano at Actor’s Express. However, they also bring a wealth of energetic charisma under lighter circumstances, like in the Alliance Theatre’s The Jungle Book. Anderson’s strength of personality, character and conviction leave an impression, and it’s the sort of performance theatergoers should be exposed to more often.

Lee Osorio
This year, Osorio has been everything from a long-suffering but caring spouse and in-law (DOT, True Colors) to the King of England (Richard II, Shakespeare Tavern). He has a penchant for inspiring the benefit of a doubt, even in the most unsavory characters, and it’s hard not to enjoy following his characters.