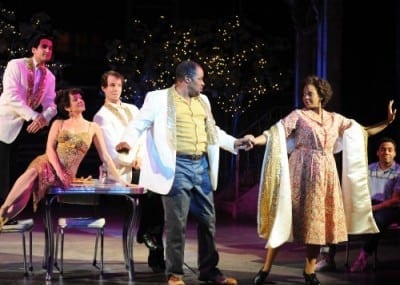 Review: The a capella fellas lift every voice in “Avenue X” at the Alliance

Suddenly, a cappella is hella cool. Credit the TV hit “Glee,” with its gloriously over-produced high school glee club numbers, which more or less begat NBC’s recent reality competition “The Sing Off,” with its varied vocal groups all harmonizing their hearts out. And now comes “Avenue X,” fresh to the Alliance Theatre stage, an off-Broadway musical that blends doo-wop, gospel and early rhythm and blues as sung by eight very talented singers without a single musical instrument for accompaniment. The show runs through Feb. 7. 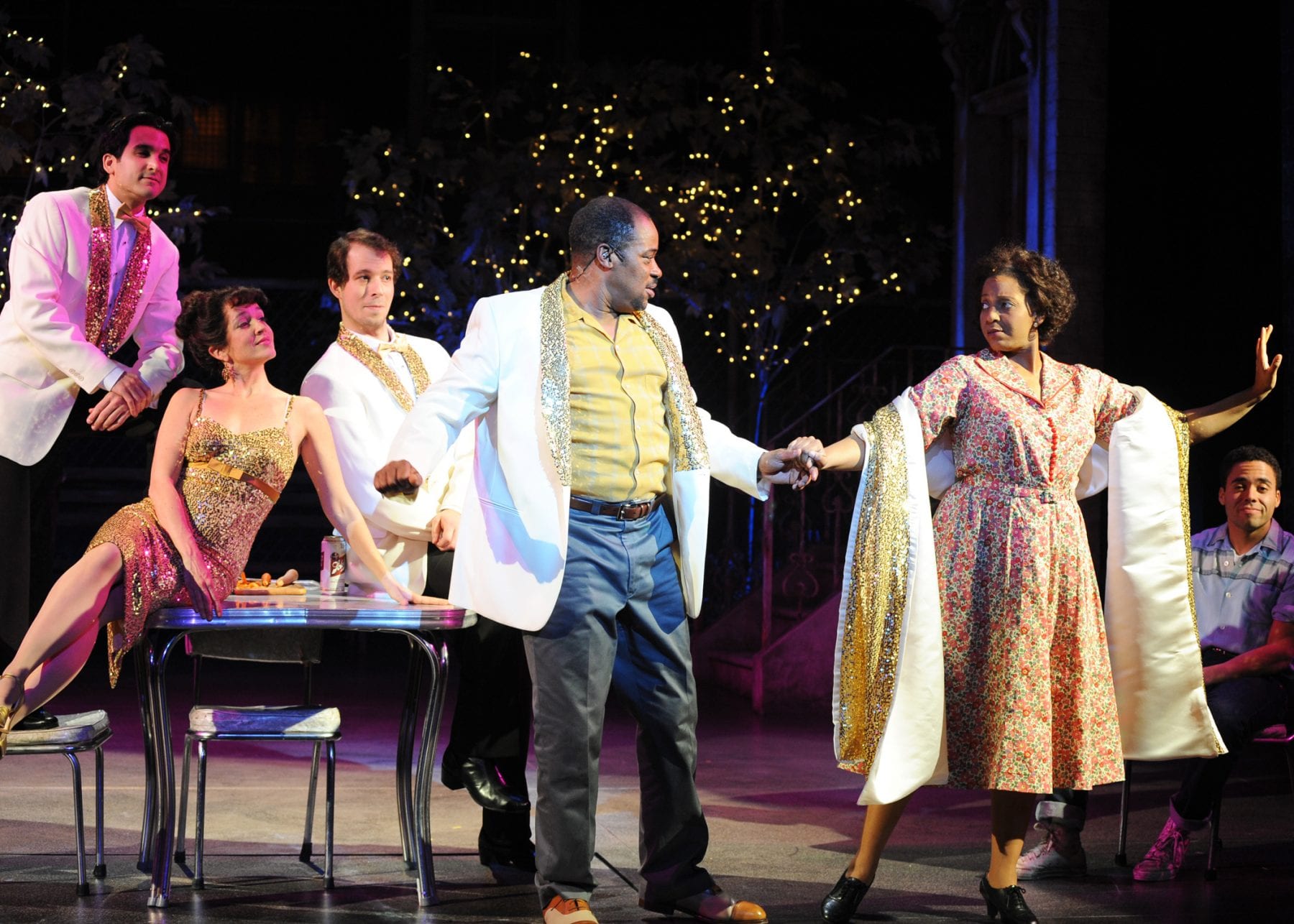 It’s all a long way from a cappella’s roots in early church music (the term means “from the chapel” in Italian). But the blending of strong human voices in intricate harmonies appeals to something deep in our brains, whether it’s Gregorian chant or the Drifters.

In “Avenue X,” we’re in Brooklyn in 1963, where African-Americans have recently moved in to a traditionally Italian neighborhood. The two ethnic groups are distrustful of one another, to say the least, but both are rich in musical heritage. On the Italian side, Pasquale (Nick Spangler), Chuck (Jeremy Cohen) and Ubazz (Steve French) have a little street-corner group they hope to enter in a local contest, while Pasquale’s sister Barbara (Rebecca Blouin) mainly just dreams of escaping the stifling neighborhood, with its chain-link fences and butcher shop smells.

Across the sidewalk, Roscoe (Lawrence Clayton) and his wife Julia (Neda Spears) have recently moved in from Harlem, along with Julia’s teenage son Milton (J.D. Goldblatt) and family friend Winston (J.D. Webster). Through their love of the sounds of their own voices, and how they can blend, Pasquale and Milton become friends, bridging the ethnic gap like Tony and Maria in “West Side Story,” with results that work out about as happily as it did for those two.

The story for “Avenue X” is ridiculously thin, despite having been reworked from the original for this new production, according to Wendell Brock’s article in the AJC.

Very little happens plot-wise in Act 1, except for set-up. Then in Act 2, big chunks of drama are heaved into place, building up to a violent climax that feels like it flew in from Planet What-the-Hell-Just-Happened. The ending doesn’t feel at all organic with what’s come before, and is a major flaw.

Despite that, there is much to love here, all of it musical. The 21 original songs by Ray Leslee and John Jiler span a nice range that includes doo-wop, gospel and r&b, the ingredients that combined to make early rock ‘n’ roll such a heady blast. The songs are mostly simple rather than sophisticated, which is true to the style of the era. But the vocal arrangements by Darryl Jovan Williams, who also did “Jesus Christ Superstar Gospel” for the Alliance, are just sublime, and the performers are perfectly miked, their voices filling the theater. As the star-crossed friends, Goldblatt and Spangler lead the ensemble, but Lawrence Clayton steals the show as Roscoe, a middle-aged African-American man who has bottled up a lifetime of disappointment. He first shines on a deliberately hokey old-school number, “Command Me,” which he invests with both humor and dignity, and by the time he gets to his big number, “Stay,” he not only commands the stage with his physicality and voice, but several acres of Midtown as well. In the creaky second act, his monologue about how his singing career was cut short is the non-singing high point of the show.

“Avenue X” has some worthwhile points to make about race, even if not particularly startling ones. You should see it to hear it, more than to reflect on it.