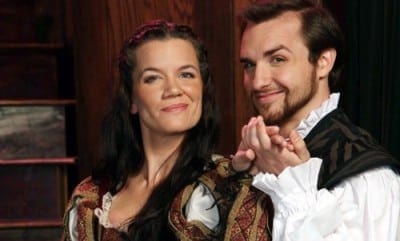 Review: A quick-witted “Taming of the Shrew” at Shakespeare Tavern

Here’s the thing about “The Taming of the Shrew.” Audiences usually leave a production talking about the three or four big slam-bang throwdowns between Katherina and Petruchio, whether the thrill they elicit is outweighed by their very uncontemporary tone, and whether the actors were sufficiently violent or loud or loving. But those scenes, classic and fecund for debate as they are, make up only about 20 percent of “Shrew.” What about the other 80 percent?

It’s that tasty 80 that makes the current “Shrew” at the New American Shakespeare Tavern such a delight. The show runs through May 16. 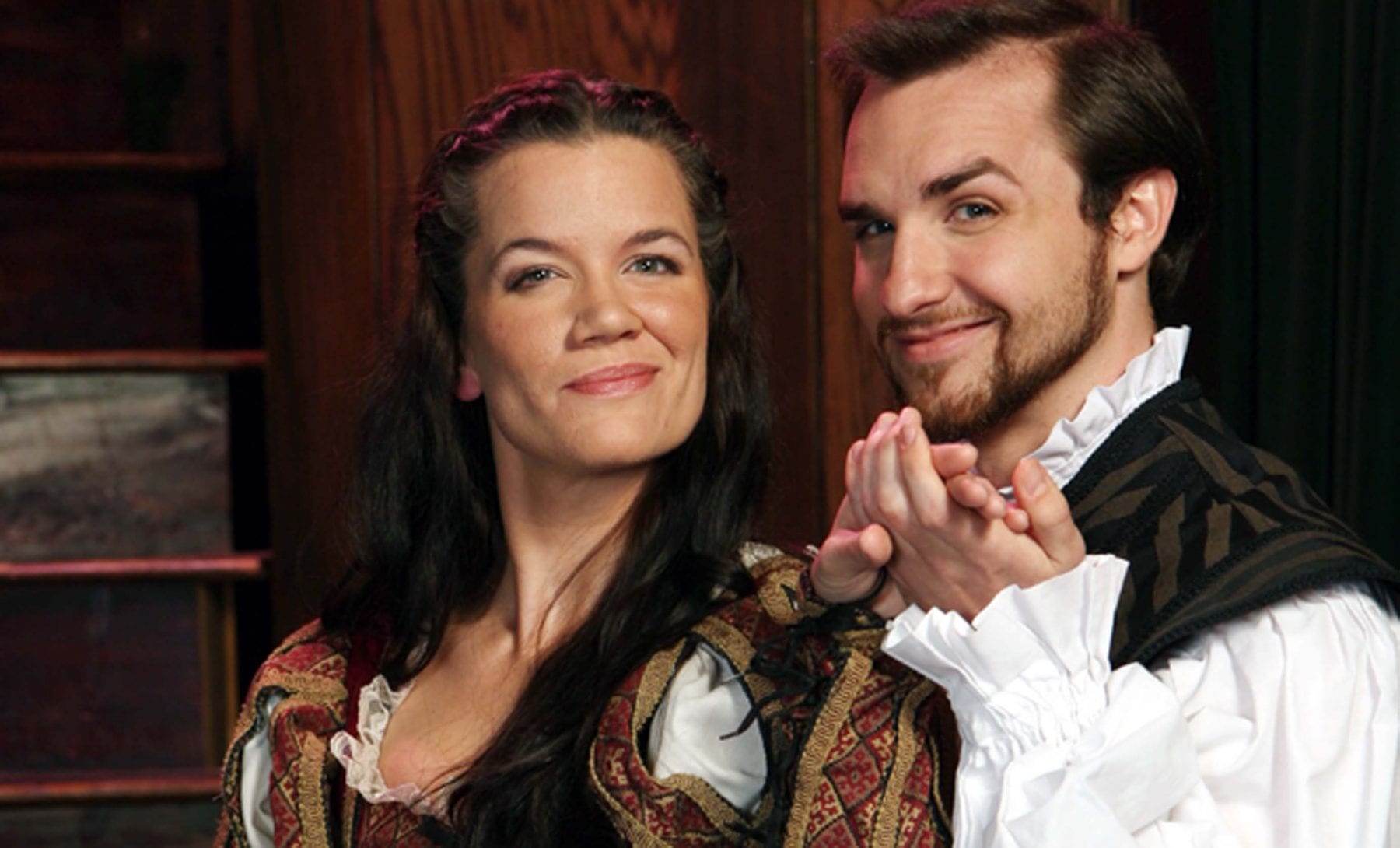 The many characters and their subplots can sometimes be filed as “other,” but here they bloom like a garden of little comic joys. There’s Lucentio, giddily in love with Kate’s sister Bianca, and played by Mike Niedzwiecki as bubble-brained as Bianca usually is. His servant, Tranio, seems to think the play is all about him (in a good, comedic way); actor Daniel Parvis is wildly inventive in coming up with new ways to be ridiculous. Doug Kaye as Baptista, the sisters’ put-upon father, never lets us forget that he is deeply in love with his wine goblet. By the time Troy Willis makes a late appearance as Vincentio and channels both Don Corleone and Rodney Dangerfield, he’d better do that and more to stand out, so he does. That’s not to slight the others in the large cast, just that these particularly pop out.

Of course, Petruchio and Kate do tend to take over, and J.C. Long and Maureen Yasko do right by them. Long’s Petruchio is less of a narcissist than he is sometimes played; his actions seem undertaken more from love than just for dominance’s sake. Kudos for the very manly codpiece he wears to their wedding (Shakespeare overlooks that in his lengthy description of Petruchio’s costume), but demerits for his wedding “dance,” which is meant to alienate Kate but which looks a bit too much like a demented stork.

Yasko’s Kate is so full of rage that it’s a little hard to see why Petruchio is so instantly smitten with her, but that’s love for you. Can you ever really know what’s going on between two people, even when they’re shouting at each other in a roomful of others?

Under the direction of Drew Reeves, the actors lock firmly into Shakespeare’s cadences in a conversational American style that communicates perfectly. His “Shrew” is quick, sharp and full of unexpected comic bits, like the three actors who change costumes at center stage and find themselves pantsless. Since this production isn’t afraid to give the text a wedgie with the occasional anachronism or ad lib, they’re missing a bet not to namecheck the recent Internet song sensation “Pants on the Ground.” Come on, guys — I dare you.