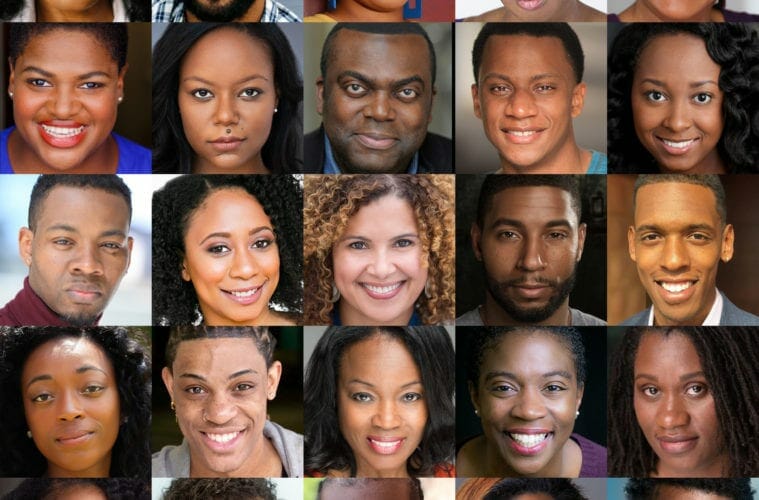 Theater in brief: Social justice with Out of Hand and Decatur Dinners

Think of it as theater for social justice.

This Sunday, Out of Hand Theater cohosts 100 dinners for 1,000 guests in homes, restaurants and community centers across Decatur. The evening begins with a short commissioned play and continues with food and facilitated conversations on race and equity. The organizers are Out of Hand’s Ariel Fristoe, Decatur activist and mom Clare Schexnyder, and Dietra Hawkins of One Small Change, a nonprofit that does diversity and inclusion training and hosts potluck dinners with strangers. The bad news: The tables are full, as is the waiting list, but organizers say they hope this the first of many such dinners.

As many as 100 actors will take part, performing a piece titled A Few Honest Moments With Sam by actor-playwright-singer Minka Wiltz (Shaking the Wind). Half the actors are women, half are men, and the lineup includes Wiltz and such familiar faces as Cynthia D. Barker, Jason Louder, Parris Sarter, Daviorr Snipes, Markell Williams and Vallea Woodbury.

Out of Hand’s next in-home show, Conceal and Carry by Sean Christopher Lewis, runs September 6–November 24. It invites theatergoers on an all-night drive toward revenge with the father of a school-shooting victim. The actors are Adam Fristoe and Lee Osorio, with Ariel Fristoe directing. To date, 29 performances are scheduled for homes in Buckhead, Decatur, Lake Claire, the Old Fourth Ward, Inman Park, East Atlanta and more. Details and tickets ($30) HERE.

7 Stages opens its 41st season with a visit by Sean Dorsey Dance, doing a new production titled Boys in Trouble (September 12–15). It’s described as a timely and urgent commentary on contemporary masculinity. Boys in Trouble looks at questions of embodiment, violence, black queer love, whiteness, shame and posturing through a trans and queer lens. Tickets are $15 and $25 HERE or at 404.523.7647. Other season highlights through December include two entries in the Home Brew play-development series. 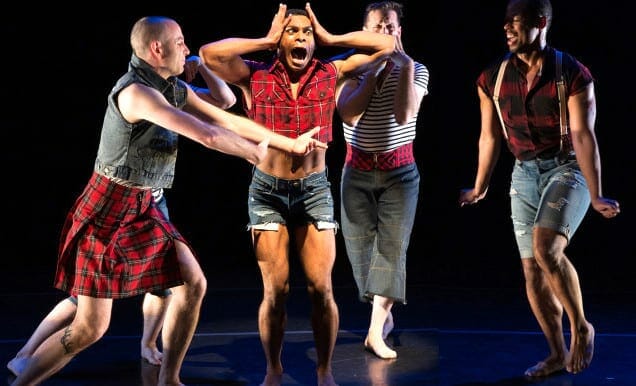 October 5: Home Brew staged reading of TIT by Elizabeth Dinkova (see The Gun Show in the Synchronicity item below) and Jesse Rasmussen. An ensemble cast of actors-musicians tells a female-centric update of Shakespeare’s Titus Andronicus. Free.

December 6–8: Curious Holiday Encounters returns with a lineup of interactive, immersive and nontraditional performances that happen throughout the building. The Little Five Points Rock Star Orchestra, the French-language company Théâtre du Rêve and Full Radius Dance have signed on.

Synchronicity Theatre has announced the four works that will be produced as part of its 2019–20 Stripped Bare Arts Incubator Project. The artists come to Atlanta by way of Baltimore, Harlem, Bulgaria and London. Stripped Bare projects emphasize words and ideas, with minimal technical elements. Performances are free but require reservations through the Synchronicity website or at 404.484.8636. The lineup, in chronological order: 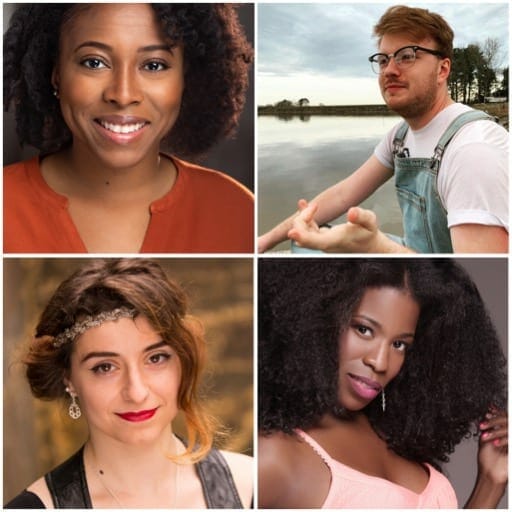 What the Woolf Wore by Abraham Johnson, who writes about modern queerness, spirituality and how being a person is hilariously, wonderfully terrible. Woolf features two couples dealing with ghosts of the past and present. 7:30 p.m. November 13.

The Gun Show by Elizabeth Dinkova. A participatory theater experience that offers an unnerving look at American culture and its obsession with buying and selling guns. 7:30 p.m. January 15, 2020.

I’m a Motherf*#%ing Super Star: So Where Are My Babies? by Valeka J Holt. An ambitious actress with dreams to take over Hollywood and Broadway is starting to see success, so why can’t she get pregnant? 7:30 p.m. May 13, 2020.