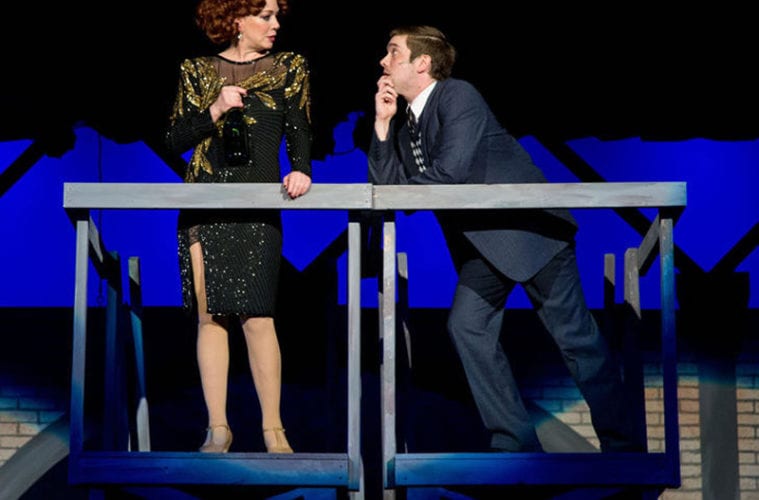 Every week, our editors and guest writers give you their top six picks for the weekend’s best shows. This week, Out On Film producer and ARTS ATL contributor Jim Farmer selected the Best Bets. Jim has been writing about the arts for close to 30 years, and his work can be seen biweekly in the pages of Georgia Voice and other publications. Jim is a member of the American Theatre Critics Association and several film critics groups. Check out his selections below!

Atlanta Lyric Theatre, Singin’ in the Rain What’s considered by many as the greatest movie musical ever made has been adapted for the stage by Betty Comden and Adolph Green from their own screenplay. Expect lots of recognizable music, dancing and the titular downpour. Through April 28.

Cobb Energy Performing Arts Centre The 11th Annual Georgia High School Musical Theatre Awards, aka The Shuler Awards (named after local Tony winner Shuler Hensley), recognize the best of the state’s productions and performances. Lead actor and actress winners head to the Jimmy Awards in New York this summer. Tickets to the event are sold out, but the live show will be aired on GPB this weekend. Check your TV guide for channel numbers. April 18 at 8 p.m.

Georgia Ensemble Theatre, Bullets Over Broadway Based on the Academy Award-winning Woody Allen movie, this frothy musical finds a playwright getting his play on Broadway — but only with an assist from the mob. Directed by James Donadio, this stars the likes of Rachel Sorsa, Chase Peacock and perpetual scene-stealer LaLa Cochran. Through April 28.

Theatre Buford, Footloose This new theater company is closing its inaugural season with a cult classic. Ren McCormack, a teenage boy from Chicago, moves to the small town of Bomont with his mother after his father abandons them. Upon arriving, Ren finds himself at odds with most of the town because they are preparing to outlaw dancing. But, with the help of some new friends, everyone is able to find the right tune. Through April 28.

Theatrical Outfit, I Love to Eat Veteran Atlanta actor Bill Murphey brings chef and cookbook author James Beard to life in James Still’s one-man show that explores how the actor wannabe – and classically trained opera singer – instead became a culinary legend. Through May 5.

Horizon Theatre, Pipeline MacArthur Genius Award-winner Dominique Morisseau’s work is all over the place these days. In this drama, a teacher working at an inner-city public high school, discovers that her son is facing expulsion from the private boarding school she has placed him in after a controversial incident. Through April 21.

Be sure to check out our metro Atlanta theater map to see a full list of performance venues by county.