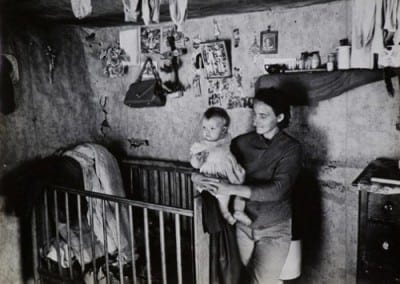 On the surface, Hagedorn Foundation Gallery’s ”Woman’s Image” is a sort of female “Family of Man.” The photos in this engaging group show, extended through May 1, chart the life cycle from Sally Mann’s children to Mary Anne Mitchell’s nubile teenagers to Mario DiGirolamo’s wizened Italian matrons.  But it is more than a chronicle of the life cycle. Herewith, a few observations: 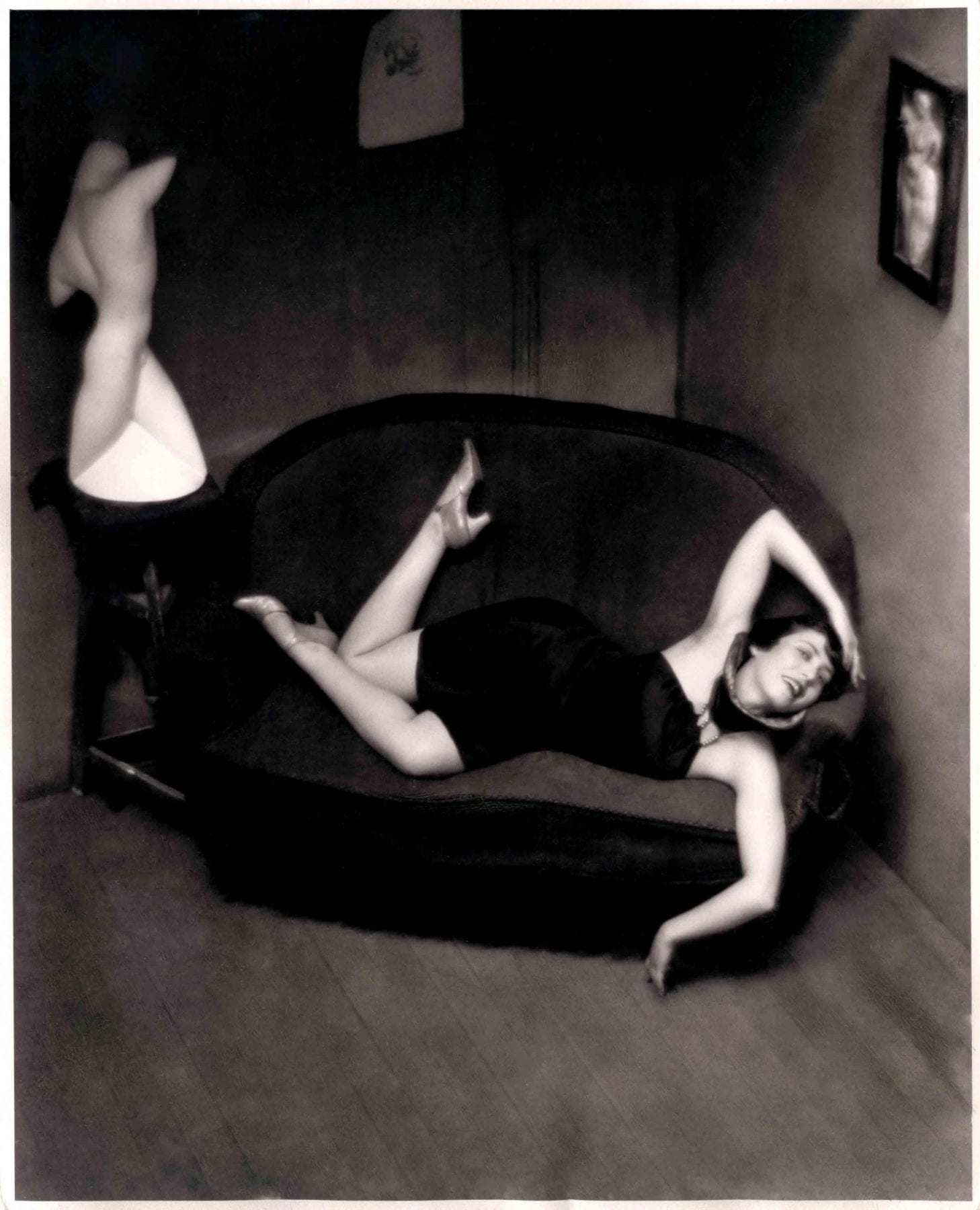 On sexuality and sexism: Sally Mann’s photos of her children were controversial, not only because she shot them naked but also because they gave off the pheromones of adult sexuality. Case in point: the girl’s splayed pose in “Dog Scratches” (1991) bears an uncanny resemblance to André Kertész’s famous 1926 “Satyric Dancer” (left) and a long line of odalisque paintings, in which the passive female body is displayed for male consumption.

Examples here include Horst P. Horst’s women, as languorous and sinuous as Ingres’ paintings, and the Sleeping Beauties in Atlantan Dorothy O’Connor’s elaborate tableaux, which are the more chaste, female princess-fantasy version.

On social class: the black-and-white images of underclass families made by the late civil rights photographer Morton Broffman in 1969 bring us back to real-life women. Tired faces and shapeless dresses are the least of it. Shockingly, his photos depict lives of Appalachian poverty no different from what Walker Evans found during the Depression.

On domesticity: Heidi Aishman offers a telling vision of modern motherhood in her video “Kitchen Studio,” in which her life as an artist, mother and wife are all of a piece.