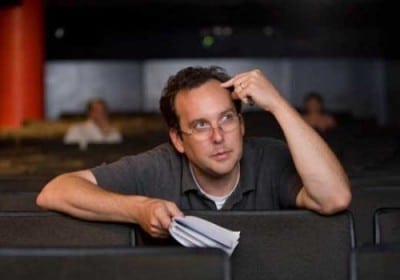 Emory University is hosting a symposium on the future of arts criticism. Cathy and I will participate. The starting premise seems to be this: we have slipped uncomfortably into a world where local newspapers have ceded center ground and become just another niche media outlet, so what should we — an arts community, a university — do about it?

As Maria Saporta recently wrote on the Saporta Report: “There was a time when newspapers could set the community agenda. A major metro daily reached a majority of residents, plus the daily newspaper often provided the headlines that were read on radio and television newscasts. More importantly, newspapers included aspirational voices, progressive voices that stood for something … Today, those voices have been diluted into pros and cons, into a quota-type balance between liberals and conservatives. At the same time, fewer and fewer people are now regular readers of our metro daily; we no longer have a broad-based common language or vocabulary that defines our community.”

That goes for politics as well as the arts. Thinking nationally, my fear is that newspapers co-opt local arts writers (by paying them even a pittance) and then leverage the writers to gain near-exclusive control of local arts coverage — all the while shrinking that coverage till the community is poorly served.

This Emory symposium should lead to stimulating dialogue. Come join us.

THE FUTURE OF ARTS CRITICISM AND THE ROLE OF THE ACADEMY
Presented by Emory College Center for Creativity & Arts, Emory University
Friday, March 19–Saturday, March 20, 2010

A symposium for metro Atlanta’s arts community sponsored by the Emory College Center for Creativity & Arts and the Hightower Fund, with support from the Michael C. Carlos Museum and Public Broadcasting Atlanta’s Lens on Atlanta.

REGISTRATION: Friday event reservations (free) and Saturday event registration ($15 in advance and $20 at door; free for students) are both available at: http://creativity.emory.edu and creativity@emory.edu

Fri., March 19, 7 p.m., Keynote Speaker A.O. Scott, film critic and arts journalist. Free with reservation (spaces limited). A.O. Scott (pictured below) joined The New York Times as a film critic in 2000. In addition to regular reviews and articles about movies, he contributes to the Times’ book review, magazine and week in review sections, writing on topics ranging from the Simpsons to Romanian cinema to the writings of Kingsley Amis and David Foster Wallace. In 2009, he was named co-host of “At the Movies,” the syndicated film-reviewing show. Panelist bios
Mark Bauerlein is professor of English at Emory University and has recently served as director of research and analysis at the National Endowment for the Arts. His scholarly essays have appeared in PMLA, Yale Review, Wilson Quarterly and Partisan Review, and his commentaries and reviews have appeared in The Wall Street Journal, The Washington Post, TLS, The Atlanta Journal-Constitution, The Weekly Standard, Reason Magazine and The Chronicle of Higher Education.

Blake Beckham, BA (Emory) and MFA (Ohio State), is development director for Moving in the Spirit, a dance program that empowers children in underserved communities. Beckham teaches ballet and modern dance at Agnes Scott College. She is a board member of Gardenhouse Dance and adviser to the Emory College Center for Creativity & Arts. The Metropolitan Atlanta Arts & Culture Coalition named her a 2009 “Arts Leader of Metro Atlanta.” Her dance credits include roles in works by Bebe Miller, Michael Estanich, Adam Overton, Joe Alter, Anna Leo, Nicole Livieratos, Lori Teague and others. She has danced and presented her choreography in Georgia, Florida, New York, Illinois, Ohio and Poland. She co-founded “The Nerve Series,” showcasing contemporary dance (2001-06), and curates “Dance for Reel,” screenings featuring dance for camera. Her newest work will premiere at 7 Stages in April. Beckham is a contributing dance writer for Creative Loafing. Web site: www.bdancing.com.

Susan V. Booth joined the Alliance Theatre as its artistic director in 2001. Since then, the theater has originated new work for Broadway (The Color Purple), London’s West End (Sister Act), national and international tours (25th Putnam County Spelling Bee and Bring in Da Noise, Bring in Da Funk) and has partnered each season with both regional and local theaters. During her tenure, the Alliance has created the Kendeda National Playwriting Competition, the City Series and the Collision Project, and it received the 2007 Tony Award for Regional Theatre Excellence. Booth has directed for theaters across the country, including the Goodman, La Jolla Playhouse, St. Louis Repertory Theatre, New York Stage and Film, Actors Theatre of Louisville and Cincinnati Playhouse, and has been on the theater faculty for Northwestern, DePaul and Emory universities. She is a board member and past chair of TCG, board member of the Metropolitan Atlanta Arts & Culture Coalition and co-chair of the city of Atlanta’s “One Book, One Community” program. She has degrees from Denison and Northwestern universities and was a fellow of the National Critics Institute.

Cinqué Hicks is a writer, artist and cultural analyst. From 2003 to 2005 he edited and produced the resource blog Electric Skin: Black Art and Technoculture News. Art in America named Electric Skin one of 10 art blogs most worth daily reading. Hicks founded Code Z, an online daily news magazine, in 2006. He is currently visual arts critic and arts writer for Creative Loafing and is concurrently undertaking research in the mapping of creative ecologies at Georgia Tech.

Pierre Ruhe is editor and co-founder of ArtsCriticATL.com, a Web site that covers the arts in Atlanta and is written primarily by professional journalists. He was The Atlanta Journal-Constitution’s classical music critic for nine years and previously was a critic for The Washington Post and London’s Financial Times and an editor of National Public Radio’s “Performance Today.” He is working on a book about Handel, Rameau and Baroque opera for Amadeus Press.

Emory College Center for Creativity & Arts mission
The CCA celebrates, nurtures and inspires the act of making and studying art, and the intellectual creativity everywhere evident in a vibrant university community. The center is a place for artistic and scholarly inquiry; a place where ideas take shape across academic disciplines and art forms; a place for support and resources for artists and scholars at different stages of development; a place for familiar, and surprising, collaborations; a place where passion for artistic excellence allows for risk taking; a place for originality and tradition, for vision and revision. The CCA seeks to make creativity and the arts central to Emory as a liberal arts institution, and to what we most value. Web site: www.creativity.emory.edu.