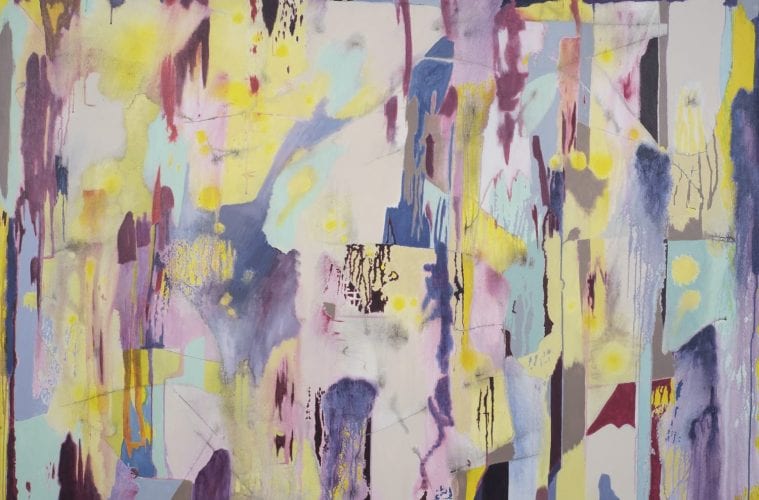 “The Fourth Wall” showcases Davis’ devotion to detail and narrative

Maggie Davis’ show The Fourth Wall, up at Sandler Hudson through Saturday, January 28, couldn’t be more timely. The country seems to be in the full-swing of a fascination with abstractionists and has been for a moment. If it was a coincidence that Davis’ show coincided with Women of Abstraction’s time at the MINT Museum in Charlotte, it was a fortunate one. With this solo exhibition, Davis engages with a larger conversation happening within the contemporary movement at hand.

Of course, that’s not the only conversation that Davis is engaging with in these works. First and foremost, the show is an allusion to Chekhov, the playwright most known for exploring the internal psychology of himself and his audience through his characters. His works never shied away from making his audience or readership uncomfortable, and in fact, they often would as a tool to further illustrate his point. In his time, the comedy of his works posed a challenge to his performers. His embracing of the awkward, inappropriate and unconventional was always intentional, and often, in his time, misunderstood. 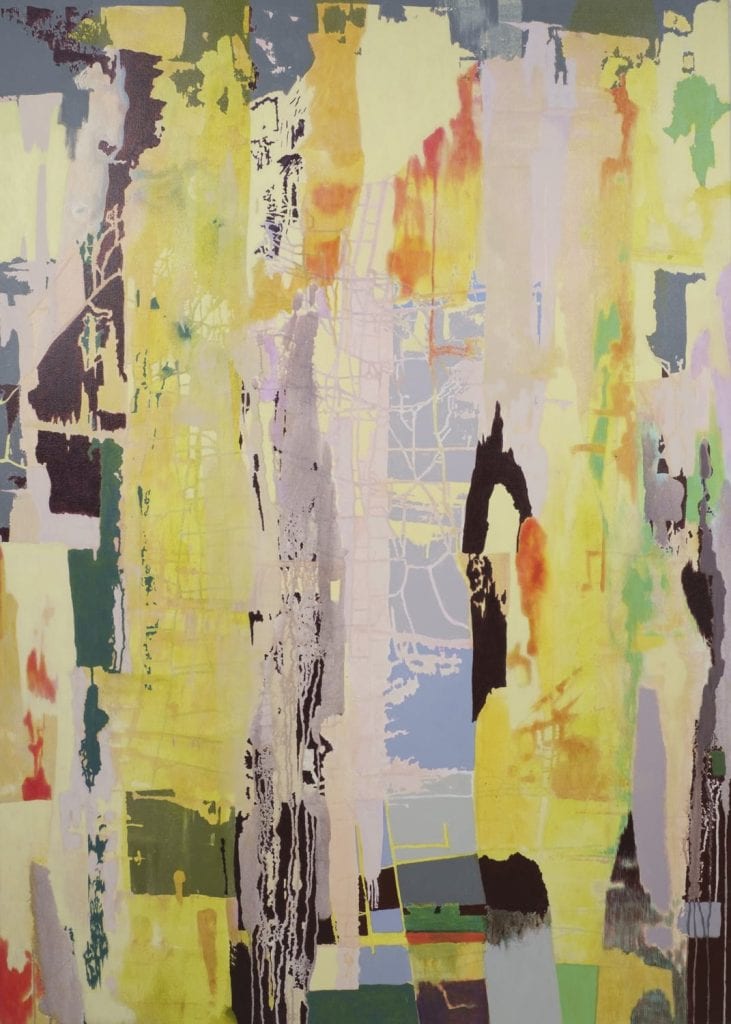 More recent interpretations of his works challenge his work’s insular nature by toying with the fourth wall, as with Andrei Belgrader’s interpretation of The Cherry Orchard in 2011. Now, in her own way, Davis addresses the themes’ internal psychology so ever-present in Chekhov’s work by toeing that invisible line as well.

Davis’ attention to detail and devotion to narrative in her works is painstaking. Each piece is incredibly layered and multifaceted. Her use of jubilant and loud colors — radiant yellows, ebullient pinks and lustrous shades of blue and gray — disarm and gleefully welcome the viewer in a similar spirit to Ethel Schwabacher.

A careful, attentive eye to the individual works will reveal a spectacular patience and introspection from the painter herself. Her studied, organic lyricism evokes Perle Fine’s handiwork — deliberate use of dripping intermingled with fierce brushstrokes. The series of six works on the back wall of the gallery stand as a testament to this; these studies showcase Davis’ experimentations and intentionality beautifully. With Maude (2016), Davis’ subtle aggression shines, her palette-knife creating thick smatterings of gray and mustard across the petite canvas, a technique further explored in Carnival (2016). Spending a time with these smaller works supplements a better understanding of her more mammoth piece, The Axe Falls (2016), which employs a similar technique on a much larger scale.

Beautiful moments can be found in Persimmon (2016) and Untitled (2016), two mixed-media works on paper in the back that seem to have laid the groundwork for The Nursery (2016), which stands tall in the front room.

More than anything with The Fourth Wall, Davis challenges us to pause and contemplate our role in the world around us. But then again, isn’t that the aim of all great narratives?