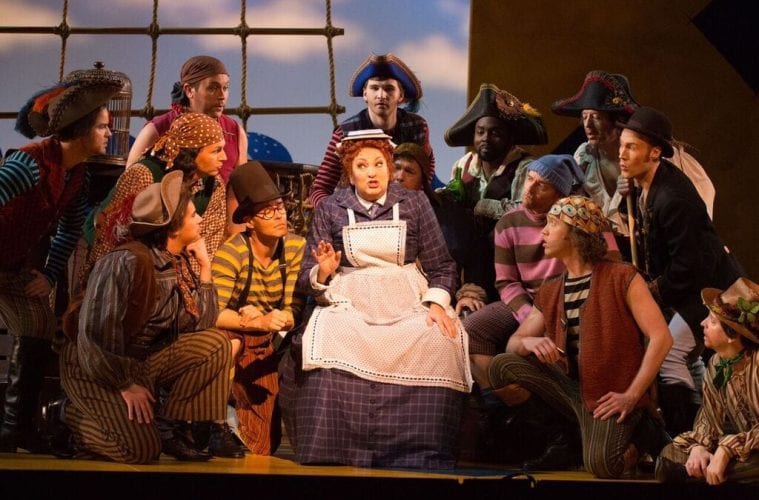 "The Pirates of Penzance," which sold out Cobb Energy Centre for five nights in 2016, returns for The Atlanta Opera's 2021-22 season. (Photo by Jeff Roffman)

Earlier this spring, Tomer Zvulun walked into an empty Cobb Energy Performing Arts Centre for a film session. It was the first time he’d been inside the building since the pandemic shut down The Atlanta Opera’s production of Porgy and Bess in the middle of its run in March 2020.

Zvulun, the opera’s general and artistic director, had to take a moment because he was overcome by emotion. “It felt like coming home in a profound way,” he says. “I’ve directed 21 productions in Atlanta and have so many memories in that theater. Walking into that empty theater was overwhelming and cathartic.”

The Atlanta Opera plans to return home for its 2021-22 season, with the United States debut of Julius Caesar in November. Also scheduled are mainstage productions of The Pirates of Penzance in January, The Barber of Seville in March and The (R)evolution of Steve Jobs in May.

“This fall, we’ll be firing on all cylinders,” Zvulun says. “It will be a huge season for the company as we emerge out of the pandemic. We wanted to program something optimistic and hopeful. We wanted an inspirational season, something uplifting and escapist for the post-pandemic world. You know, in opera there’s always a lot of death and tragedy. Not many people end up dead this season.” 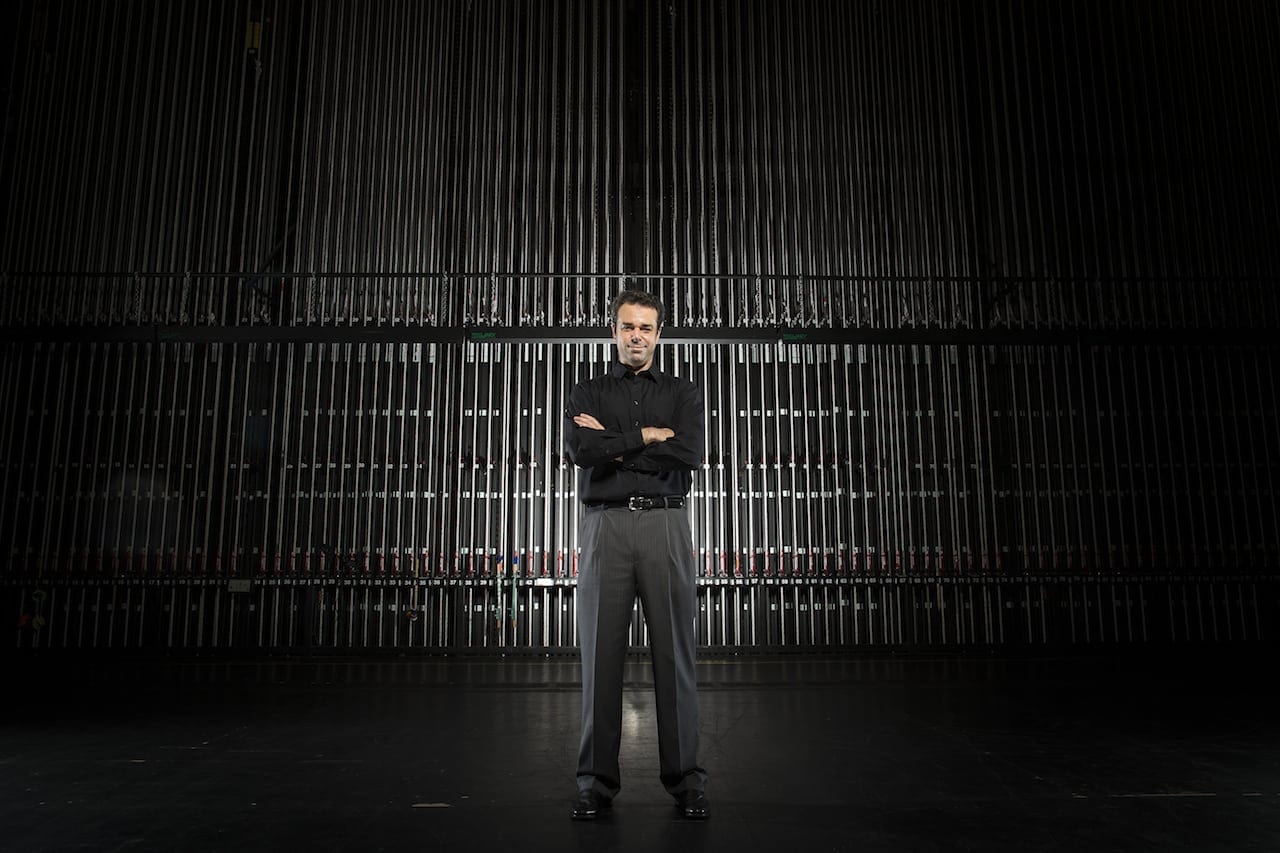 Tomer Zvulun says the year of the pandemic forced the opera to innovate, and those lessons will be carried forward. (Photo by Jeff Roffman)

Julius Caesar is the revival of a production that Zvulun first created for The Israeli Opera in a 12th-century fortress built during the Crusades. The story is loosely based on events during the Roman Civil War of 49–45 B.C., and traces Caesar’s love affair with Cleopatra. Zvulun compares it to The Game of Thrones without dragons. Gary Wedow will direct the Baroque music by Handel, and Zvulun will direct. Soprano Jasmine Habersham will sing Cleopatra, with mezzo-soprano Megan Marino as Sesto Pompeo.

In January, the company will stage a revival of Gilbert and Sullivan’s comic opera The Pirates of Penzance, the first production to sell out five nights for the opera when it was last produced in 2016. It will feature tenor Santiago Ballerini as Frederic, the pirate apprentice with an unfortunate birthday.

In March, The Barber of Seville returns with mezzo-soprano Stephanie Lauricella as Rosina. Arthur Fagen, the opera’s music director, will lead the production.

The season will close in May with Zvulun’s new production of The (R)evolution of Steve Jobs, which received a 2019 Grammy Award for best opera recording. The opera follows the late Apple cofounder as he looks back on his life and confronts his mortality.

There will be two Discoveries Series shows held outdoors under the opera’s big tent, the first in September. Details will be announced once locations are decided. 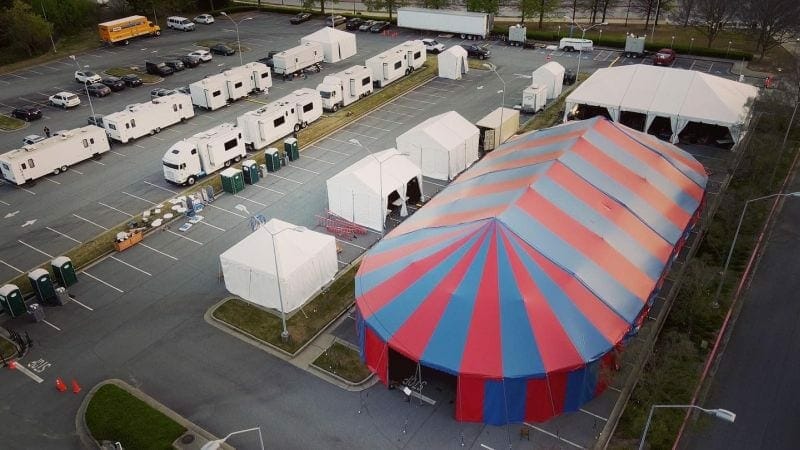 The Atlanta Opera staged its spring season under a big tent in a parking lot at Cobb Energy Performing Arts Centre. The big tent will return for two productions in the 2021-22 season. (Photo by Felipe Barral)

During the pandemic, The Atlanta Opera was the only major opera company in North America to stage performances in front of live audiences with its Big Tent Series. The opera purchased a large circus tent and, in consultation with health experts, performed two shows on the baseball field at Oglethorpe University and then this spring in the parking lot at Cobb Energy.

“That was a huge success for us,” says Zvulun. “Half our audience were new people who had never been to the opera before. The tent gave us the opportunity to take incredible artistic risks. We had a chance to break rules, experiment, innovate and let our creativity take us to new places.”

One of those innovations was the opera’s Spotlight Media platform, through which the Big Tent Series productions were filmed and streamed. The opera now has its own production studio and will film all six shows from the 2021–22 season for streaming.

The one remaining uncertainty for the season is how many people will be allowed to attend, and whether social distancing and mask requirements will remain in place. The opera will rely on its medical expert, Dr. Carlos del Rio of Emory University, and the latest guidelines.

“The information keeps changing,” says Zvulun. “Carlos is very positive right now. It’s easier to scale up than it is to scale down. We assume we’ll be able to sell 50 percent of the tickets. If the information continues to be positive, we can sell 75 percent.”

The season was designed with the safety of the performers and staff in mind. “The season skirts full operas,” Zvulun says. “There won’t be a hundred people onstage. We’re being cautious in that way.”

While the pandemic was devastating to opera companies across the world, Zvulun says it also had its grace. “Opera is transformational and to have that lack for 14 months was very emotional; never take anything for granted,” he says. “What’s really galvanizing for us was the incredible success of the pandemic year. It created so many strengths for us, and we’re so hopeful as we emerge out of it. I can’t wait to see our audiences again.”