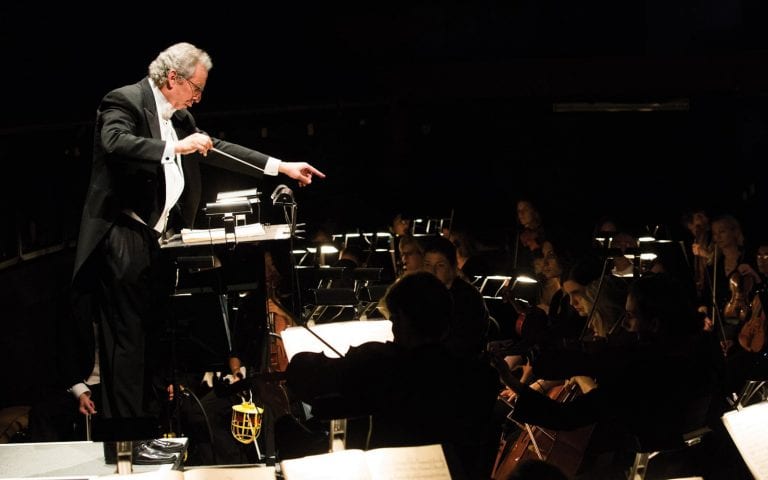 The Atlanta Opera reaches five-year agreement with its orchestra

The Atlanta Opera has reached a new five-year labor contract with its orchestra that will run through the 2023–24 season. The opera’s prior agreement with The Atlanta Opera Orchestra expired in July.

The orchestra has been in greater demand during the tenure of General and Artistic Director Tomer Zvulun, going from 12 performances in 2013 to 32 this year. The opera opens its 2019–20 season Saturday with Frida at the Sandy Springs Arts Center.

“As The Atlanta Opera continues to establish itself as one of the leading opera companies in the nation, the role of the orchestra becomes even more prominent . . . and [the orchestra] has been a critical partner,” Zvulun said in a press release. “The positive relationship that we have established with the musicians in the past few years has evolved and deepened to become a real partnership.”

Zvulun said negotiations over the summer were “respectful and collegial,” and the agreement will allow the opera to strengthen its artistic operations, as well as offer stability in terms of financial health.

William Johnston, the orchestra’s principal violist and chair of the musicians’ negotiating committee, said members of the orchestra were pleased an agreement was reached. “The process was straightforward, fair and productive,” he said in the press release. “We look forward to contributing to the continued success of The Atlanta Opera by delivering performances of the highest quality to our loyal audiences.”

Terms of the agreement were not released. The orchestra is represented by the American Federation of Musicians of the United States and Canada.