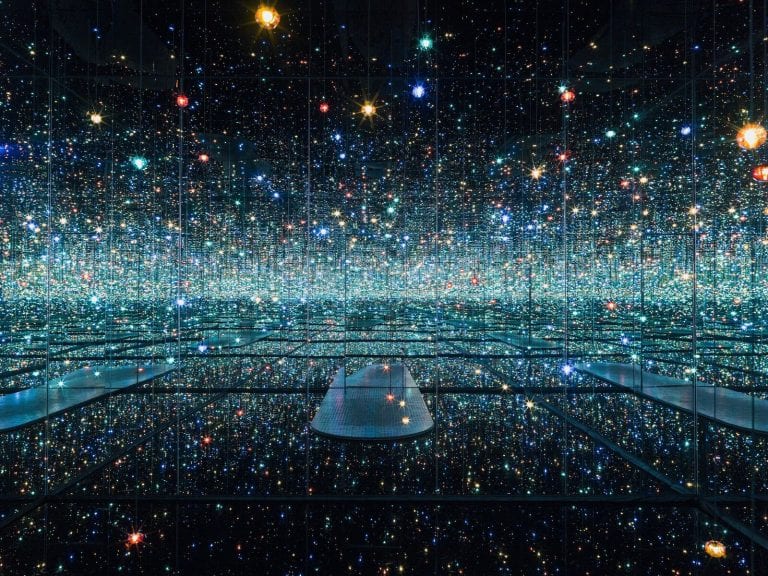 Atlanta doesn’t have a waterfront, but if it did, we would cover it. Whether things are happening in the realm of Art + Design, Dance, Music, Books, Film or Theater, we at ArtsATL aim to be there.

Our readers share our voracious appetite for the arts, so for 2018, we’ve chosen a few books from each discipline we cover to include on our holiday book list. Pick from your favorite category. Or else save time by doing as we did: just ask Santa to bring you one of everything. Happy holidays and happy reading!

Yayoi Kusama: Infinity Mirrors. Edited by Mika Yoshitake. (Prestel, $49.95)
If you can’t afford to buy your loved one an Infinity Room, think instead of giving this lovely book, which traces the inception and creation of artist Yayoi Kusama’s Infinity Rooms from 1965 to the present. The blockbuster exhibition is currently at the High Museum, so shopping is simple: The gorgeous book is on sale in the gift shop. If you need a great gift at the last minute, there’ll be no extra expedited shipping costs or waiting for delivery.

Zanele Muholi: Somnyama Ngonyama, Hail the Dark Lioness. Photographs by Zanele Muholi. (Aperture, $60)
As Muholi told ArtsATL in a recent interview, “The point of Somnyama Ngonyama is to confront the politics of race in ways that it’s never been done before.” The artist’s gorgeous exhibition Somnyama Ngonyama, Hail the Dark Lioness has done just that, stunning Atlanta viewers since it had its American premiere at Spelman College Museum of Fine Art in September. If you haven’t visited yet, drop everything and get to the show before its closing weekend. The show ends December 8. Pick up the equally beautiful and thought-provoking book for someone special.

The Indispensable Composers. By Anthony Tommasini. (Penguin, $30)
What makes a great composer great? That’s not an easy question to answer, but there are few better writers to take a stab than Anthony Tommasini, chief classical music critic of the New York Times. In his deeply personal and thorough new book, Tommasini explores the canon of classical music and his encounters with the great works. It’s a spirited, accessible and (gasp) fun-to-read guide that will likely prove to be — just like the composers it covers — totally indispensable.

Johnny Cash at Folsom and San Quentin. Photographs by Jim Marshall. (Reel Art Press, $49.95)
Johnny Cash’s concerts at Folsom and San Quentin prisons in 1968 and 1969 were among the most defining moments of the musician’s career. Photographer Jim Marshall, personally requested by Cash to photograph the events, captured images of the Man in Black in stunning black and white and in vivid color. The richly detailed photos have a time-capsule quality to them, but they also have a surprising, crystalline sense of a moment unfolding in the present tense. There’s a special little chapter delving into the story of one of the most famous (or infamous, depending on your point of view) rock and roll images of all time: Marshall’s shot of Cash giving the finger at San Quentin.

Comeback ‘68: The Story of the Elvis Special. By Steve Binder. (Meteor 17, $36.99)
Elvis Presley’s 1968 television Christmas special was originally supposed to consist of Elvis appearing on TV and singing a bunch of Christmas songs between commercial breaks. What resulted was something very different: It came to be known simply as “the ‘68 Comeback.” On the 50th anniversary of its airing, producer Steve Binder looks back at his experience participating in television history, giving a fascinating closeup view of an artist taking renewed control over his work, life and career. It’s cool that the dimensions of the book are vinyl album-sized, so it will be easy to wrap along with the new double LP-vinyl release of The King in the Ring, which captures the heart and soul of the special Elvis’ brilliant, jaw-dropping performance in the round.

The Female Gaze: Essential Movies Made by Women. By Alicia Malone. (Mango, $19.99)
You’ve heard of the infamous “male gaze”? Australian film reporter Alicia Malone turns things around to consider the female gaze in her new guide to classic and contemporary films made by women. Malone examines the work and impact of female filmmakers, some well-known, many obscure, and also delves into their lives and the struggles they faced creating a place for themselves in an industry dominated by men. In the wake of Harvey Weinstein and #MeToo, there’s no better time to reconsider the contributions of great female artists to the medium. 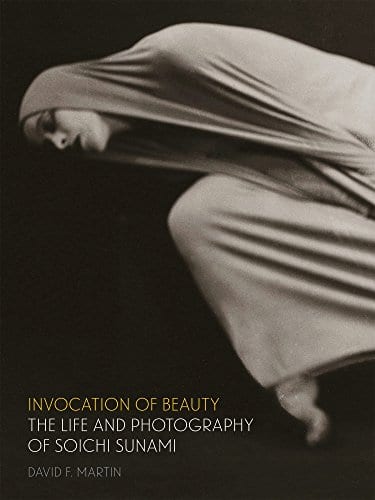 Invocation of Beauty: The Life and Photography of Soichi Sunami. By David Martin. (University of Washington Press, $29.95)
Famous dancers of the past are known to us not entirely through their own work, but also through the work of others. Japanese-American photographer Soichi Sunami took beautiful images of dancers throughout the 1930s, many of them surprisingly contemporary in their approach. His images of a young Martha Graham and Ted Shawn in the late 1920s and ’30s are unforgettable, perfectly encapsulating the poised, youthful energy of both artists. And the book also includes compelling glimpses at Sunami’s other less famous studies, such as his rare, early pictorialist images of the landscapes of the American Northwest.

The Nutcracker: The Original Holiday Classic. By E.T.A. Hoffmann, Illustrations by Arkady Roytman. (Skyhorse, $9.99)
We love the fact that the Atlanta Ballet is seeking a return to some of the classic elements of E.T.A. Hoffmann’s original tale The Nutcracker and the Mouse King, even as the company injects the latest spectacular stage technology into its new production opening December 8. SCAD graduate Arkady Roytman takes a similarly colorful but back-to-basics, classic approach in illustrating the timeless Christmas tale in a new children’s book.

Art Matters. by Neil Gaiman. Illustrated by Chris Riddell. (Harper Collins, $19.99)
Well, we suppose books are pretty well taken care of by the other sections on this list, but we also couldn’t help but include something for hardcore bibliophiles. How about making 2018 the year you finally tell the book lover in your life: “Enough with the reading. Start writing!” Prolific British author Neil Gaiman offers just the right sort of encouragement with this latest collection of inspirational pieces about the art and craft of writing.

Camel Limited Edition Notebook. (Reyn Paper Co, $14)
Like we said: In 2019, books will be for writing, not reading. There’s no better way to get someone started than with these beautiful, locally printed limited edition notebooks featuring sewn, saddle-stitch binding from Douglasville’s own Reyn Paper Co.

A Doll’s House, Part 2. by Lucas Hnath. (Theatre Communications Group, $14.95)
Lucas Hnath’s 2017 sequel to Henrik Ibsen’s 19th-century classic had a stunning Atlanta production starring Tess Malis Kincaid in September 2018. In anticipation of Aurora Theatre’s remount beginning January 10, we plan to sit down with the newly published script itself to contemplate the dialogue’s rapid-fire wit, the story’s many curveballs and the play’s complicated sense of interplay with its original source material.

Rise Up! Broadway and American Society from “Angels in America” to “Hamilton.” By Chris Jones. (Bloomsbury, $24.95)
Reports of the “death of Broadway” have been, as they say, greatly exaggerated. The infinitely readable, always insightful chief theater critic for the Chicago Tribune, Chris Jones, takes a look at contemporary Broadway history, beginning with the dark days of the AIDS epidemic and following through to the runaway success of the cultural phenomenon Lin-Manuel Miranda’s Hamilton, which had a beyond sold-out run at Atlanta’s Fox Theatre in May and June.