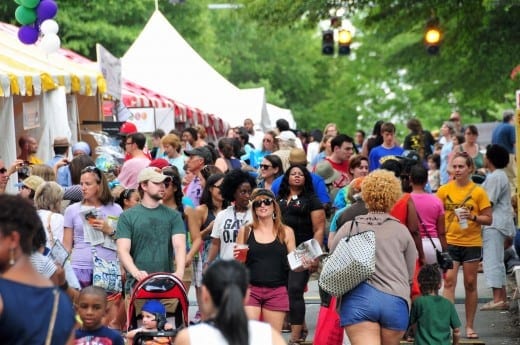 The AJC Decatur Book Festival has promoted Joy Pope to interim executive director, and she will oversee the 2020 festival.

Pope, formerly the festival’s program director, replaces Julie Wilson, who is leaving to spend more time with her family.

“As the festival enters its 15th year, we’re lucky to have someone with Joy’s creativity and resourcefulness at the helm,” Jim Diedrick, the immediate past-president of the festival’s board, said in a press release. “We are confident that she will provide the kind of leadership that will guarantee the continued health and growth of one of the region’s most beloved cultural events.” Diedrick praised Wilson for bringing a greater degree of professionalism and strategic planning to the book festival.

The festival will launch a search for a permanent executive director this spring.

Fest organizers also announced that Mathwon Howard, associate vice president for development programs at Emory University, will become the president of the book festival board.

The Decatur Book Festival, which dates to 2006, is the largest independent book festival in the country. Since its launch, more than 4,000 authors have attended the festival in downtown Decatur each Labor Day weekend.