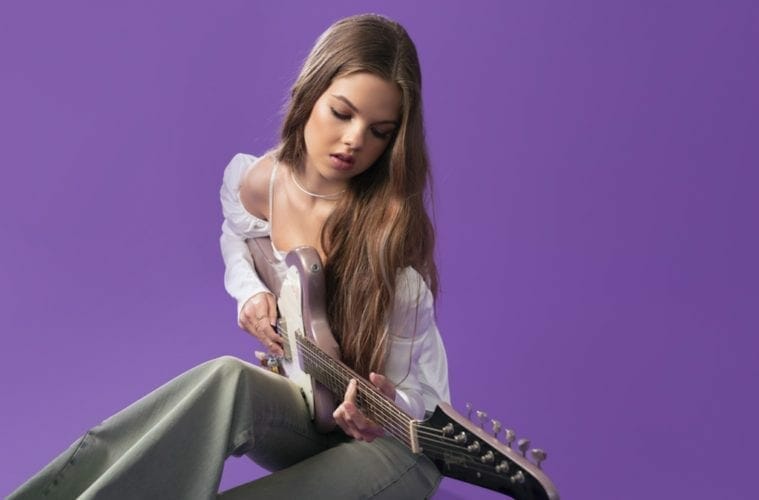 At 17, Callista Clark’s musical abilities extend well beyond her years. Raised in a family of musicians in Zebulon, about an hour south of Atlanta, Clark learned to sing before she could talk. Described as containing “old-soul musicality and complicated disposition” by Billboard, Clark has quickly placed herself on the list of rising young country artists.

Clark has built a fan base through her original music and her YouTube channel, which features several reimagined covers. At 13, her rendition of Creedence Clearwater Revival’s “Have You Ever Seen the Rain” amassed millions of views and gained the attention of manager Scooter Braun, who represents the likes of Justin Bieber, Ariana Grande and Demi Lovato.

Clark’s debut EP, Real to Me, released by the heavyweight Nashville label Big Machine Records (Tim McGraw, Jennifer Nettles, Sugarland and formerly Taylor Swift), arrives with confidence, packed with songs that blend her notable country sound with elements of classic rock and catchy choruses. Her influences, she says, include the Eagles, Aretha Franklin and Eddie Rabbitt.

“This EP means everything to me because as an artist, all you can hope for is to write something you feel and have people relate to,” she says.

Clark, who cowrote the EP’s five tracks, shines on the first single, “It’s Cause I Am,” which puts to the forefront the clash between others’ perception of her teenaged appearance and her inner reality. “Heartbreak Song” and the title track show off her soulful voice and vulnerability. Perhaps it’s this balance that landed her on the Billboard Country Airplay chart this year.

Songs like “Real to Me” express the difficulties of being a teenager, blended with her deep-rooted classic country sound. Clark wears her heart on her sleeve when she sings “Oh blue still feels blue / When you’re green on the vine / Real tears in your eyes / And rain, it’s still rain / Even if you haven’t felt it a thousand times.”

“When I first started writing this EP in Nashville, I was 14,” she says.

Clark, who plays eight instruments, first began performing and turning heads at venues in her hometown. At age 12, she performed onstage with Sugarland’s Nettles. Now, she’s eager to get back on the road and begin playing shows once more.

Regardless of what genre she sings, including Grande and Beatles covers, her country roots always shine through. She credits this to her South Georgia roots. “I feel like country music is just who we are in my hometown,” she says. “I could sing any genre, but I would still sound country just based on my accent. I write songs with tons of different sounds, but it still sounds like me.”