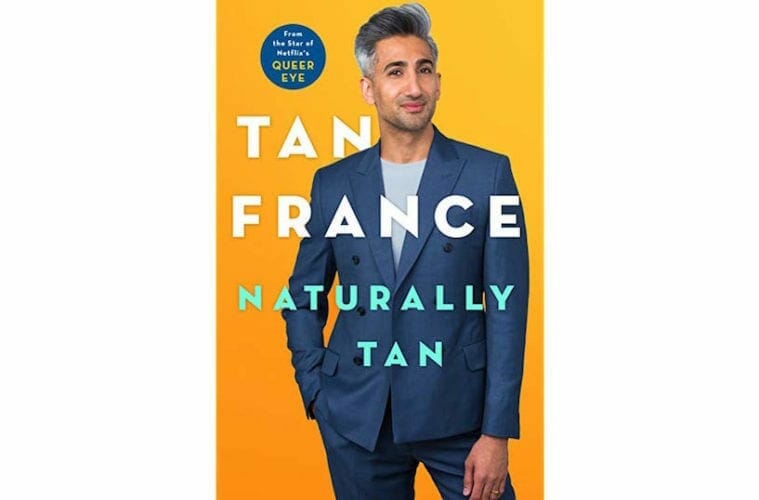 As one of the five stars — or Fab Five, as they are collectively known — of Netflix’s hit reality television series Queer Eye, Tan France has recently found himself in a maelstrom of attention. According to his new memoir, Naturally Tan, France writes, “On a typical day, I receive anywhere between five hundred and eight hundred direct messages from people on Instagram. Most are lovely, and though I don’t have the time to answer the majority of them, I will answer as many as possible each day.”

Naturally Tan comes across as the breezy and vivacious answer to his rising popularity as Queer Eye’s resident fashion expert. The conceit of the show, where five gay men provide advice on food, fashion, grooming, culture and design to people learning to better care for themselves, relies on the radiant chemistry of its cast to project a sense of camaraderie and friendship with each episode’s featured client.

Anyone who is a fan of the Fab Five will find the fantasy of having Tan France as both friend and personal wardrobe stylist fulfilled over the course of his memoir, which he’ll be reading from at The Friends School of Atlanta as part of an event sponsored by Charis Books on Saturday, June 15.

He dispenses advice on fashion while simultaneously offering personal narratives tied to specific articles of clothing, which reveal his own story in tones that are far more acerbic than the sunny optimism of Queer Eye allows. With characteristic wit and flair, France charts his journey from growing up in South Yorkshire to his initial sartorial inspirations to meeting his husband and how he fell into entrepreneurship.

Structurally, the narrative can ramble, and because events are presented thematically and not always chronologically, it can be difficult to understand some of the biographical details of France’s life. However, the storytelling feels almost conversational because of it, as if Tan is flitting through a rack of button-ups at Bonobos while a camera films off to one side. And should we have ever doubted his ability to accessorize, each chapter is accompanied by an elegant illustration — the handiwork of France’s husband, Rob — that provides unexpected gothic whimsy.

Naturally Tan is at its most engaging, though, when it isn’t an extension of this Queer Eye persona and instead allows France to explore more serious topics of culture, identity and representation in media — particularly in the face of the firestorm he’s been consumed by following his meteoric rise to public prominence.

“I’m hyperaware of the fact that when I speak, I don’t speak for just me. The press reminds me that everything I say becomes either the voice of the gay community or the voice of South Asian/Middle Eastern men,” he writes.

He contrasts these observations with stories of racism, colorism and homophobia that have impacted his life. It’s in this context that his ascension into a public figure, and the barrage of attention that comes with it, is framed as less of a burden and more of an opportunity: to occupy space as an individual, authentic voice in a cultural landscape that has not quite seen the likes of someone like him before.

“Even so, it’s lovely to be in a place where cultural differences are overshadowed by the new culture we’ve created for ourselves,” France writes about his marriage to his husband, who is a white, Mormon, rancher’s son.

The sentiment is lovely — and one hopes that stories like Tan’s will create space for more.