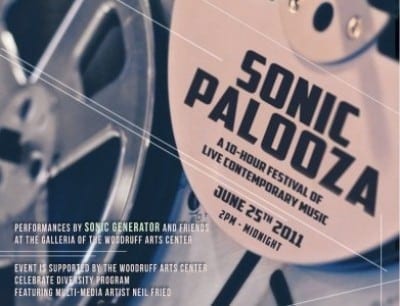 SONICpalooza, a free marathon of contemporary music, comes to the Woodruff

Concerts have become about community. You love the music, sure, but you can get that from CDs or off the Internet and listen in private, on your own time.

Instead, you seek out music through a communal experience — buying a ticket, sitting (or standing, or dancing) with like-minded folks, savoring the spontaneity of live performance. When the music turns tragic, or euphoric, the collective energy in the room lifts the emotions to an intensity that you simply do not get at home alone. Yet classical concerts often seem lacquered in excessive etiquette: the performance is too formal, too solemnized; you can’t eat, drink or talk in the auditorium; displays of appreciation, such as applause, are tightly scripted. Sometimes these codes enhance the musical experience. Often they’re just empty ritual.

But in a free, 600-minute marathon of music called SONICpalooza, Sonic Generator, Atlanta’s premiere new-music troupe, will drop all plausible arguments against “the concert” and focus almost exclusively on the music — and on building a sense of community.

The show starts Saturday, June 25, at 2 p.m. and will run the rest of the day in the wide-open lobby of the Woodruff Arts Center. Some 26 pieces of music will be heard across the 10 hours, ranging from Atlanta composers (Alvin Singleton, Mark Gresham) to music-history legends (John Cage, George Crumb) and rising stars (Tristan Perich, Timothy Andres). The whole shebang will end with Steve Reich’s masterpiece, “Music for 18 Musicians.” O glorious feast!

The instigator and curator of SONICpalooza is Tom Sherwood, artistic director of Sonic Generator, which is Georgia Tech’s ensemble-in-residence. He’s also principal percussionist of the Atlanta Symphony Orchestra. Recently, he answered a few questions for us.

Where’d this all-day festival come from?

“We’re obviously ripping off the Bang on a Can marathon, which I totally love,” says Sherwood, referring to the all-day new-music smackdown in New York, which has inspired similar events in Detroit and elsewhere. “I love being surrounded by all that music, and I wanted something like that in Atlanta. You come or go as you please, totally uninhibited. Stay five minutes or five hours. There’s such a burgeoning arts culture in Atlanta right now, people seem really hungry for exciting and different experiences.”

Like the last night of Dalí at the High Museum, open all night?

“Did you see that? We were there at midnight and the line was out the door, stretching down to Peachtree Street. That’s an energy we’re trying to tap.”

“In the visual arts you’re at your leisure to take in what you want, go between rooms, return to a painting you like, watch the reaction of other people to a work of art. We want SONICpalooza to be closer to that vibe than a typical concert hall setting.”

But 10 hours of music? That sounds like a lot of work.

“It’s really not that much harder, logistically speaking, to program two hours or 10 hours. I’ve always wanted to do ‘Music for 18 Musicians,’ which is probably the greatest piece of music from the late 20th century that I can think of. So when we’ve got five percussionists for that, you start to think, ‘What if we added another hour?’ It snowballs. Add a few solo pieces [which musicians can rehearse on their own] and you start thinking about a larger time span. And your imagination starts to take off. And the implications of the event start to take on a whole larger meaning.”

Then there’s the cost of the show.

“The Woodruff Arts Center is paying for the whole thing, part of its Celebrate Diversity Program. We’re testing the waters in collaboration with the arts center. We’re talking about other things, like [the silent film] ‘Metropolis’ projected on an outside wall [of the High Museum], with a modern French score. It would be cool if this festival could happen once a year.”

“These are all American composers, and a lot of it is music Sonic Generator has performed at some point before. We’re committed to it. Our marathon should hopefully raise the exposure to how much really beautiful and interesting contemporary music is out there. John Luther Adams’ music will sound really beautiful in the lobby space, just magical. To me, it’s not about getting someone to stay for 10 hours, it’s about giving them the chance to check it out.”

Here’s the complete program. Almost all these composers have a deluxe website, where you can listen to their music. For more information on the marathon, visit Sonic Generator’s website. 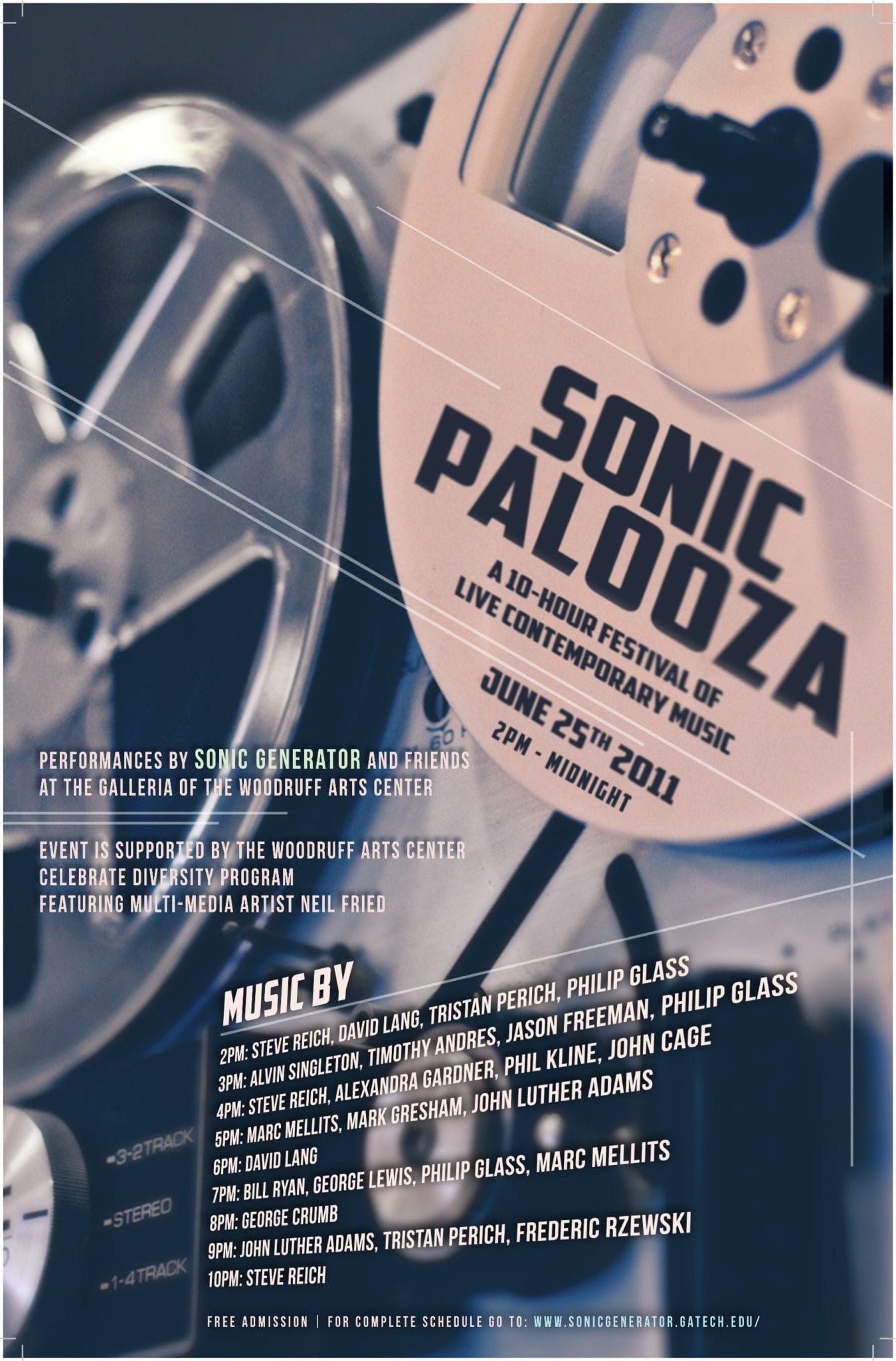