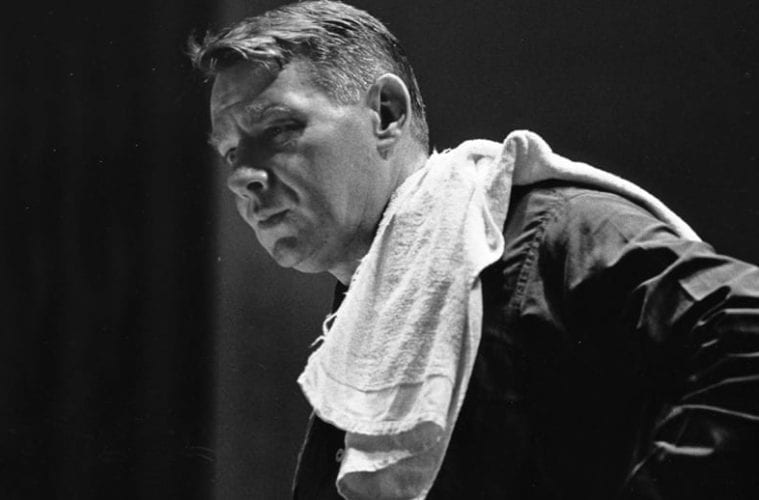 The Shaw 100th: “Man of Many Voices” film lovingly documents the life of Robert Shaw

On Sunday at Symphony Hall, an Atlanta audience was treated to the world premiere screening of Robert Shaw: Man of Many Voices, a biographical documentary about the late choral music legend and former Atlanta Symphony Orchestra director of music Robert Lawson Shaw. Its presentation was part of this season’s Robert Shaw Centenary celebrations. 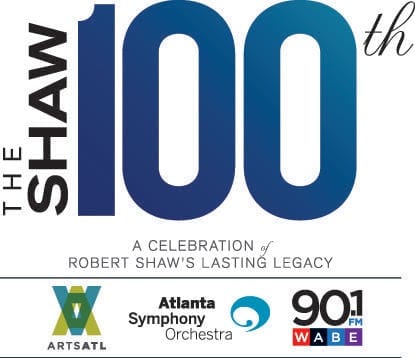 Soprano Holly Shaw Price, accompanied by Epps at the piano, sang Jerome Kern’s “All the Things You Are,” originally composed for her aunt, radio star Hollace Shaw, as part of the last Kern-Hammerstein Broadway musical Very Warm for May. The significance: Hollace was Robert Shaw’s sister.

After a brief intermission and positioning of the large projection screen over the stage, came the film’s debut.

Kiki Wilson, a long-time member of the Atlanta Symphony Orchestra Chorus, spearheaded the project which resulted in the 70-minute film, directed by Peter Miller and Pamela Roberts and produced by David Druckenmiller. Various screenings are planned, but a DVD release remains to unannounced.

The film sits the life and career of Robert Shaw against a backdrop of world events, opening with the 1962 Cuban Missile Crisis when Shaw and the Robert Shaw Chorale happened to be on tour in the Soviet Union. Although under duress, Shaw insisted on following through with plans to perform Bach’s Mass in B-minor for a Russian audience, ultimately to great musical and humanitarian success.

The storyline then reverts to Shaw’s childhood and proceeds to tell the story, in words and archival images, in a mostly chronological fashion, up to his death in 1999. The film emphasizes every aspect of Shaw’s personality: his humanitarianism, his musicality and charisma, even his deeper, darker character flaws which plagued him most of his life.

Most compelling was the narration by American actor David Hyde Pierce, best known for his role as psychiatrist Dr. Niles Crane on the NBC sitcom Frasier. Pierce’s voiceover lends continuity to the documentary, which moves apace concerning the handling of its extensive archival imagery.

Interviews with a number of people who worked with and knew Shaw well are featured in the narrative — among them Florence Kopleff, Ann Howard Jones, Harding Epps and T.J. Anderson. Conspicuously absent are both Mackenzie and Michael Palmer — the latter of whom was Shaw’s assistant then associate conductor for the first 10 years of Shaw’s tenure as ASO music director.

Also most curious is the film’s insistence that Shaw was entirely self-taught, or not formally trained, which is true enough up into his Fred Waring days. He did not earn a formal degree in music. He had to teach himself to play the piano well enough to study a score. But in the 1940s, Shaw was granted a Guggenheim Fellowship to study score analysis with the esteemed choral pedagogue Julius Herford. It was with Herford that Shaw studied the great choral-orchestral scores, and would continue to consult him on occasion until Herford’s death in 1981.

Nevertheless, Robert Shaw: Man of Many Voices is an engaging and compelling portrait of an artist’s life, times and impact on the world of music. Especially so for any “insider” who has sung in a chorus, symphonic or otherwise, with Shaw at the helm. It serves as witness to a true visionary whose impact changed American choral music forever.