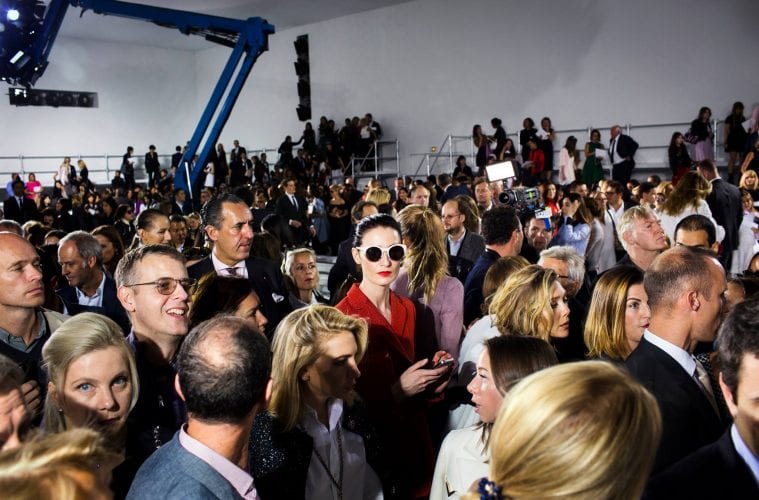 Rise Up, Robots offers an evening of researchers discussing and demonstrating their work in the field of robotics. (Image courtesy Atlanta Science Festival)

Rise Up, Robots. The Atlanta Science Festival offers an evening of top researchers presenting the latest in robotics. March 9 at 7 p.m. Ferst Center for the Arts.

Phoenix Flies. The Atlanta Preservation Center hosts a month of tours and lectures allowing Atlantans a glimpse into the city’s architectural past, with many of the sites not otherwise open to visitors during other parts of the year. Through March 25. Various Atlanta locations. Divine Felines: Cats of Ancient Egypt. An exhibition of more than 90 objects from the ancient Egyptian collections of the Brooklyn Museum and the Carlos Museum explores wild and domestic cats and dogs, feline and canine deities, animal burial practices and luxury items decorated with feline and canine features. ArtsATL‘s Andrew Alexander reviewed the exhibition. Through November 11. Carlos Museum.

Something Out of Nothing. A show of self-taught artist Jeffrey Wilcox Paclipan’s layered mixed-media works and Sabre Esler’s sculptures and installations that seek to depict patterns of thought. Through March 10. Chastain Arts Center. Orchid Daze. The Botanical Garden’s Fuqua Orchid Center, the largest orchid center in the US, exhibits thousands of orchids in bloom during its annual celebratory event. Through April 1. Atlanta Botanical Garden.

Michele Schuff: On the Edge of Forever. The Atlanta-based artist shows new encaustic works inspired by photographs from the Hubble Space Telescope. Through March 17. Sandler Hudson.

Al Taylor: What Are You Looking At? The High Museum presents the first museum survey in the US to explore the career of American artist Al Taylor, with more than 150 sculptures, drawings and prints. In her review, ArtsATL’s Cathy Fox says the exhibition draws “overdue attention to this idiosyncratic artist.” Through March 18. High Museum. Kaki King. The renowned guitarist and native Atlantan performs her show The Neck Is A Bridge To The Body, which uses projection mapping to create an auditory and visual solo performance. March 10 at 8 p.m. Ferst Center for the Arts.

Georgia Elvis Festival. Elvis fans from around the state gather to celebrate the King with tribute concerts, a vendors’ market and other events. March 8–11. Brunswick, Georgia. Kendeda Week. The Alliance celebrates finalists of the Kendeda National Graduate Playwriting Competition with a lineup of readings featuring plays from this year’s finalists plus the opportunity to hear from this year’s winning playwright, Alix Sobler. March 7–9. Woodruff Arts Center. Sheltered. As part of its on-the-road season, the Alliance Theatre presents the world premiere of the 2018 Kendeda winner, Alix Sobler’s play about a Jewish couple in Nazi Germany seeking to arrange safe passage to the United States for 50 Jewish children. Through March 25. Actor’s Express. A marker located north of Greenwood, Mississippi, identifies the graveyard where blues musician Robert Johnson is believed to have been buried.

Adam Gussow, Beyond the Crossroads: The Devil and the Blues Tradition. The author presents his new book in which he explores the varied uses to which black southern blues musicians have put the figure of the devil. March 8 at 7 p.m. Highland Inn Ballroom.

Caitlin Macy, Mrs. The bestselling author presents her latest novel about an elegant young woman on New York’s Upper East Side with a shadowy past. March 8 at 7 p.m. Margaret Mitchell House.

Poetry Out Loud: State Finals Competition. Students from around the state compete in memorization and performance of the written word. March 11. Atlanta History Center.

Giles Milton, Churchill’s Ministry of Ungentlemanly Warfare: The Mavericks Who Plotted Hitler’s Defeat. The historian and author presents his latest work focusing on a top-secret organization founded in London to plot the destruction of Hitler’s war machine through acts of sabotage. March 7 at 7 p.m. Carter Library. David Freyne’s new film imagines a cure for people who have been turned into zombies. (Courtesy Bac Films)