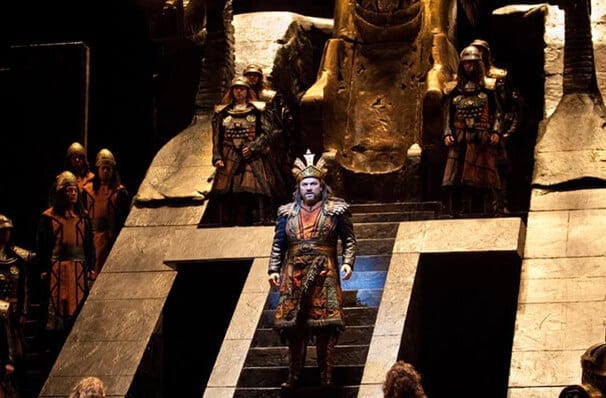 Nabucco. The Metropolitan Opera rebroadcasts its production of Verdi’s classic opera starring Plácido Domingo and Liudmyla Monastyrska to movie theaters around the world as part of an ongoing series of summer encores. July 12. Area movie theaters.

Universal and Sublime: The Vessels of Magdalene Odondu. A new show traces the trajectory of the Kenyan-born British ceramicist’s work over the course of three decades including new pieces created especially for the exhibition. Through October 15.  High Museum.

Heathers: The Musical. OnStage Atlanta presents the 2014 Off-Broadway musical based on the 1988 cult film about a killing spree among the kids in a popular clique at a high school in Sherwood, Ohio. July 7–August 13. OnStage Atlanta.

Ben Mezrich, Woolly. The author discusses his new nonfiction work focusing on a group of Harvard scientists who sequenced the DNA of a frozen woolly mammoth in a quest to bring the extinct species back to life. July 9 at 7:30 p.m. Marcus Jewish Community Center of Atlanta.

The Sea. In this 2013 film based on the John Banville novel of the same name, a man returns to the sea where he spent his childhood summers in search of peace following the death of his wife. Opens July 7. Plaza Theatre.