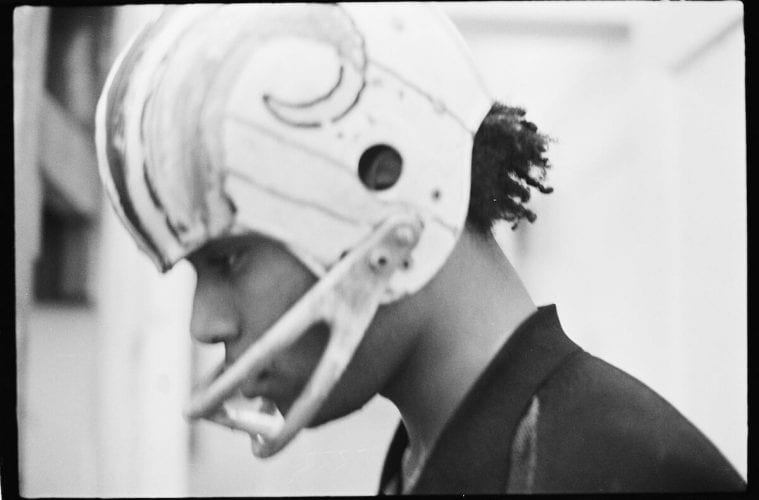 The OOD: A Field Guide to Apocalyptic Worlds for _________ Children. Danielle Deadwyler in collaboration with Minka Wiltz and Yakini Horn presents a new performance art piece meditating on black motherhood. May 15 at 7:30 p.m. Synchronicity Theatre. Joy Williams. The Nashville-based singer-songwriter, formerly of the Grammy-winning duo The Civil Wars, performs a solo set on a bill with Anthony Da Costa. May 14 at 8 p.m. Eddie’s Attic.

Primus and Mastodon. The metal titans tour together. May 16 at 7 p.m. Fox Theatre. Musician Chris Thile arrives at the Fox Theatre this week with his NPR variety show Live from Here. (Image courtesy the artist)

Raju Raja Ram Aur Main. A revived Hindi version of the popular Marathi play Sahi Re Sahi arrives in Atlanta for a special one night performance. May 18 at 7:30 p.m. Center Stage.

Critical Crop Top Enters the Multiverse. A woman stumbles upon a parallel universe and must decide whether she wants stay there in a new show by the comedy troupe seeking to give women, people of color, LGBTQ and other underrepresented voices a place to tell their stories. May 18-20. Highland Ballroom.

Living on Love. Stage Door presents a new production of Joe DiPietro’s comedy about a famous husband and wife maestro and diva who hire attractive young ghostwriters to tell the story of their lives. May 18–June 10. Stage Door.

Citizens Market. Horizon’s Jeff Adler directs a new production of Cori Thomas’ comedy about a group of immigrants forming a makeshift family at the neighborhood market. May 18–June 24. Horizon Theatre.

Del Shores’ Six Characters in Search of a Play. The Sordid Lives playwright performs a new one-man show about six oddball characters who have never made it into one of his plays. May 20 at 7 p.m. Outfront Theatre.

Candide. The Alliance Theatre and the Atlanta Symphony present a new production of Leonard Bernstein and Stephen Sondheim’s classic musical. Through 20. Symphony Hall.

A Funny Thing Happened on the Way to the Gynecologic Oncology Unit at Memorial Sloan Kettering Cancer Center of New York. Atlanta Theatre Club presents a new production of Halley Feiffer’s 2016 black comedy about a divorcing couple whose mothers become roommates in the cancer ward at Sloan Kettering. Through May 22. Pinch ‘N’ Ouch Theatre. Mark Bittman, How to Grill Everything. The renowned cookbook author and New York Times food writer discusses his latest book about mastering the art of the grill. May 17 at 7 p.m. Marcus Jewish Community Center of Atlanta. Candice Greathouse: light as a feather. The Atlanta artist creates a new 72-hour installation explorating the childhood game “Light as a Feather.” Opening reception May 17 at 7 p.m. Day & Night Projects.

Wondernight. Wonderoot hosts its annual fundraising event at the Fox Theatre. May 18 at 7 p.m. Fox Theatre. The Wonder of it All. A new exhibition features works by Susan Cofer and Jerry Siegel along with other artists in MOCA GA’s permanent collection. Through June 30. Museum of Contemporary Art of Georgia.

Pierre Cardin: Pursuit of the Future. A retrospective exhibition with designs borrowed primarily from the Pierre Cardin Museum in Paris considers the seven-decade career of the French designer. Through September 30. SCAD Fash.

Susan Cofer: Drawings. The renowned Atlanta-based artist shows new drawings at Poem 88, her first solo show at the gallery. Through May 24. Poem 88.

Walker Keith Jernigan: Broken Artist Dreams. The artist shows painting, sculpture, installation and performance, as he continues to work in the gallery, interact with visitors and add to the exhibition throughout its run. Through May 26. Mammal Gallery, 217 Mitchell Street. Elyse Defoor: Unbridled. In sculpture, photography and other media, the artist explores various human experiences including marriage, restraint, death, rebirth and freedom. Artist Talk May 17 at, 7 p.m. Through June 7. Gallery 72.

Designing Playful Cities. An interactive exhibition considers the many ways designers incorporate spaces for play and fun into urban environments. Through May 13. Museum of Design Atlanta.