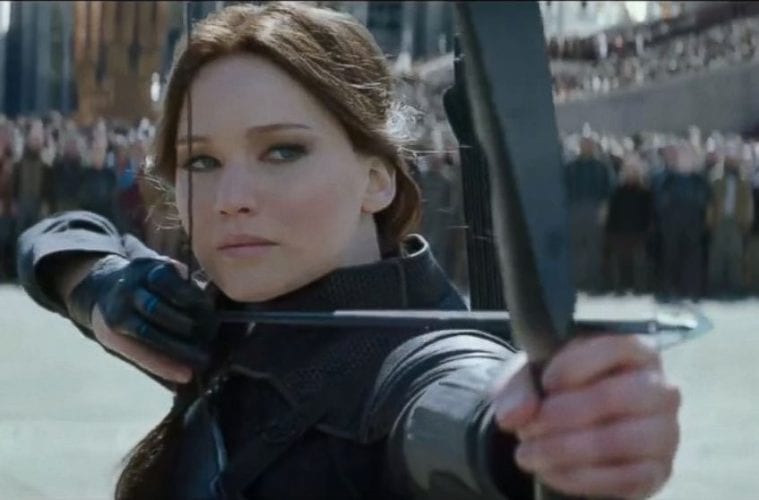 For scenic painter Anna Ragghianti, the “Mockingjay” films were grueling but rewarding 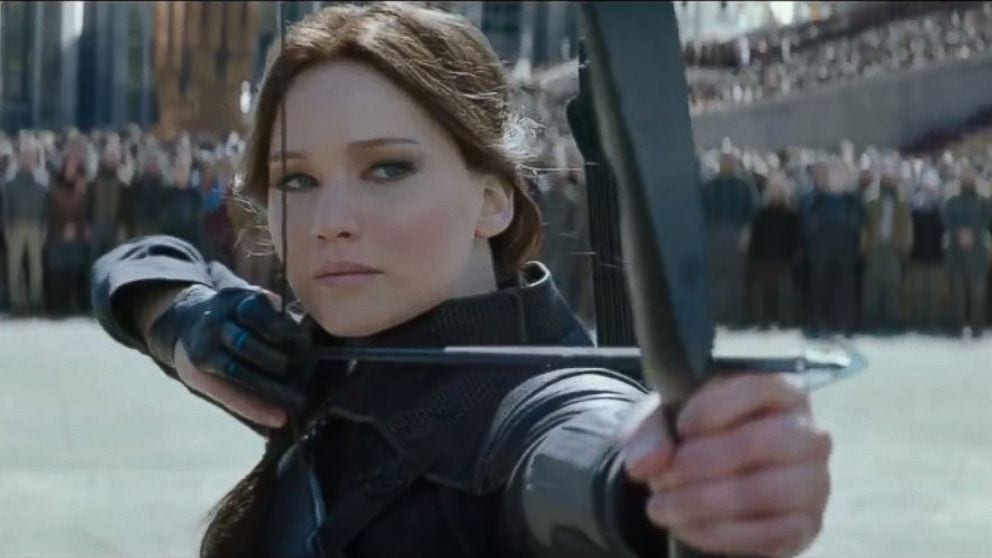 Katniss Everdeen may have saved the day for Panem, but most of the action actually took place in Georgia.

The Hunger Games film series isn’t just a franchise that stacks up impressive box-office numbers. It’s proven to be a boon for the Georgia film industry as well, with three of the four movies shot here and thousands of local members and extras involved in the projects.

Anna Ragghianti is one of the locals who worked on the three films. Mockingjay — Part 2 opened the weekend before Thanksgiving and we watched the new film together — Ragghianti’s first time seeing it — to get her reaction. She took delight in (finally) seeing what she had worked on.

After working in event design companies, Ragghianti moved into the film industry in 1996 with the movie Savannah, working as a scenic artist. She quickly segued into other TV and film work well before Atlanta had become a filmmaking magnet.

For almost 20 years she freelanced at Turner Studios working on the likes of Cartoon Fridays, Dinner and a Movie and more than 400 episodes of Movie and a Makeover. Starting off in the art department, she wound up as a prop and set buyer. Some of that work slowed down, however, so she joined the union and got back into film as a scenic artist. She also ran Bellissima, a Midtown bar that closed in 2012.

When she heard that Catching Fire was going to be filmed here, she applied for a position, getting in touch with someone she knew who was involved in the project. She got hired and had to start — immediately. “It was pretty much like, ‘It’s crewing up, you got the job and start on Monday,’” she recalls. “It happens pretty quickly.”

She didn’t read the books but did see the first Hunger Games movie to give her a sense of the films. Ragghianti didn’t have to apply for the position on Mockingjay — Part 1 & 2, however. Lead scenic artist Rick Brondum, with whom she had worked on the previous project, contacted her and hired her. 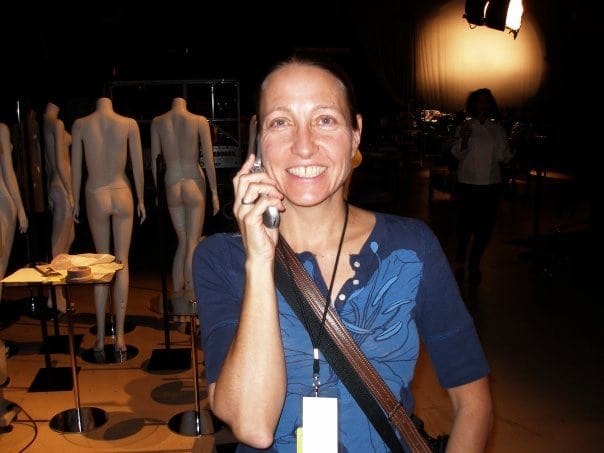 Ragghianti on the set of Movie and a Makeover.

On the first film, she was a set/scenic painter but by the time she worked on the Mockingjay series she had been elevated to a set dress scenic painter. She worked in the set dressing department, working with anything from furniture and light fixtures to medical supplies and pipes, making it all look like appropriate for the period.

The difference between working on Catching Fire and the Mockingjays proved substantial. “On the first film, we worked as a team on the set pieces, but when I worked on the Mockingjays, it was a small crew,” she said. “We had a lot of pieces to get done quickly, from aging skeletons that looked like they got burned to bombs to furniture. There were less of us and it was hands-on.”

Her Mockingjay gig lasted eight months and the days were long, often 10 to 16 hours, with few weekends off. She worked from the beginning of the shoot until the end, driving to the film’s warehouse and making props all day.

“There were tons of components — brackets, chairs, bunk beds, mattresses,” she said. “It was ever-changing.” The biggest challenge was the time crunch. “Sometimes we had thousands of pieces to get done in a day or so,” she says. “We had to prep them, prime them, paint them, age them, move them, put more out and do it all over again. The physical labor and how quickly we had to move was hard.”

For many items she worked on, she didn’t know how they would play into the action until she saw them on screen, “Oh, so that is what that is,” she whispered as she saw a room full of bombs in the film. Her crew had made “a ton of them” not knowing exactly how and where they were to be used.

Although Ragghianti has a critical eye when watching her work, she has learned to relax it some. “I am able to enjoy it,” she said. “I do catch myself looking at things to see if they look realistic or not. When I first started working in movies, it was harder to do. As time goes by, I can see what is going on but I also see special things we did.” She is proud of the work she did for the movie and took delight in seeing her name in the end credits, and marvelled at how many people that it took to make the film. 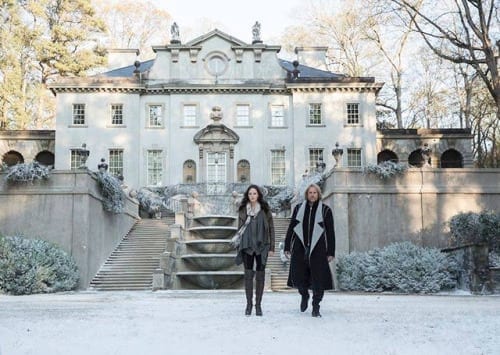 Jennifer Lawrence and Woody Harrelson in front of the Swan House.

According to Lee Thomas, deputy commissioner of the Film, Music & Digital Entertainment Office for the Georgia Department of Economic Development, The Hunger Games films have shown the industry that Atlanta is a premier shooting location. “Catching Fire was our first huge tent-pole movie,” she said. “We didn’t get the first movie — it went to North Carolina. We didn’t have a space that could accommodate it.” By the time the second film had started, Georgia was a different place, with soundstages popping up everywhere in addition to its attractive tax incentives.

“It has been a tremendous driver for the economy, not just for the production but the tourism it has generated after,” she says. “The Atlanta History Center (where key scenes were filmed, including at the Swan House) was surprised at the people who came through in tours. And Catching Fire set the stage for the Mockingjays.”

The big budget Ant-Man and the Divergent films have followed suit by filming here, with another biggie — Guardians of the Galaxy Vol. 2 — set to begin in 2016.

For Ragghianti, The Hunger Games experience was a great professional gig and a welcome sign that Atlanta is at the forefront of film production. Yet it’s the type of project she probably wouldn’t cotton to do full-time. “As much as I love working on long feature films, I prefer the pace of smaller movies or TV shows such as The Vampire Diaries,” she said.