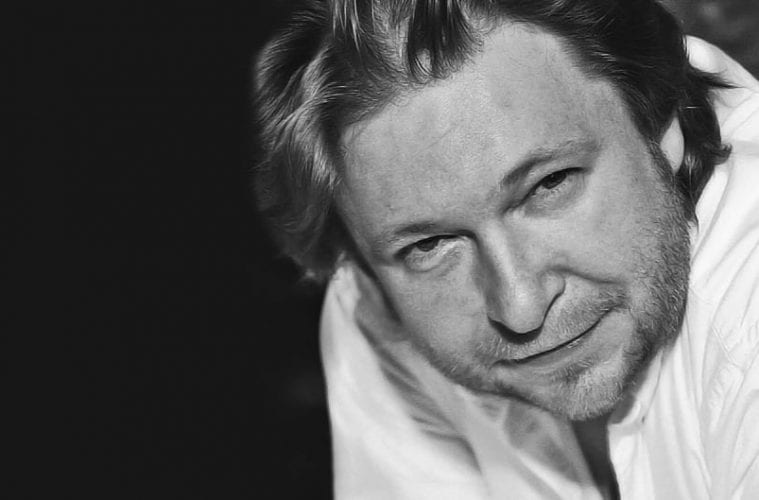 Rick Bragg’s collection of essays My Southern Journey is a love song to the South. Collected from years of writing — some pieces appeared in Southern Living, Smithsonian, and Bon Appetit magazines — the articles portray and investigate the nuances of Bragg’s home region.

Born in the Appalachian foothills in northern Alabama, Bragg was reared on cracklins and stories. His love of food and memories from childhood fuel his writing. He won the James Beard Award for Distinguished Writing and the Pulitzer Prize for his work at The New York Times, but he is perhaps best known for All Over But the Shoutin’, a New York Times-bestselling memoir about his mother and his youth.

This focus on personal memory and life in the South permeate his latest collection, too. In these essays, Bragg, who will speak at the Jimmy Carter Library at 7 p.m. September 28, probes the South and his relationship to it, creating a tapestry of images and insights that illustrate the idiosyncrasies and vibrancy of a place he loves.

Divided into five sections — Home, Place, Table, Craft, Spirit — My Southern Journey is a contemplative and geographic adventure through the South. Bragg has lived all over the region, but the articles are primarily set in Louisiana, Florida and Alabama, where he now resides. The subjects of the essays are broad, too. Bragg is equally at home discussing oysters in New Orleans, explaining his mother’s preference for hand-me-down kitchen utensils, telling a story about the time he inadvertently glued his fingers to a wall or investigating the South’s obsession with football.

Whatever the subject, Bragg’s facility with language coupled with his ability to find the perfect example to illustrate his point create intimate and immediate essays, pieces that draw the reader in like compelling fiction.

This talent for description and capturing the exemplary moment to explore a deeper thought is best highlighted by his exquisite descriptions of food. A short essay eliding the enjoyment of deviled eggs with memories of his beloved grandmother, Ava, prove, as he says in “Honor Thy Matriarch,”  “things stand for things.” Much like Proust’s madeleine, Bragg’s deviled eggs transport him from the present to the past. Nostalgia is a prevailing emotion in the articles, as Bragg remembers life before cell phones, community-destroying storms and oil spills in the Gulf. “Requiem for a Fish Sandwich” is an ode to the grouper sandwich of years gone by, but it also explores the diminishment of plenitude. The real grouper sandwiches have dwindled due to overfishing and oil pollution in the Gulf. Thus, Bragg’s meditation on a sandwich suggests a larger loss and the passage of time.

Despite this diminishment, Bragg’s essays portray an abundance of things that matter. There will always be neighbors offering aid after a storm and tables brimming with holiday dishes. The South’s focus on neighbors, food and family glues the place to its culture, Bragg suggests, because this is how it knows itself. The same stories are told, the same utensils used, the same family members remembered because this is the way Southern identity holds together.

My Southern Journey becomes more than a love song to the South, it becomes an examination of its soul and a memory book. These images and vignettes, so personal to Bragg, allow us to see the South through his eyes: a place imperfect and challenged, but a place to be loved.