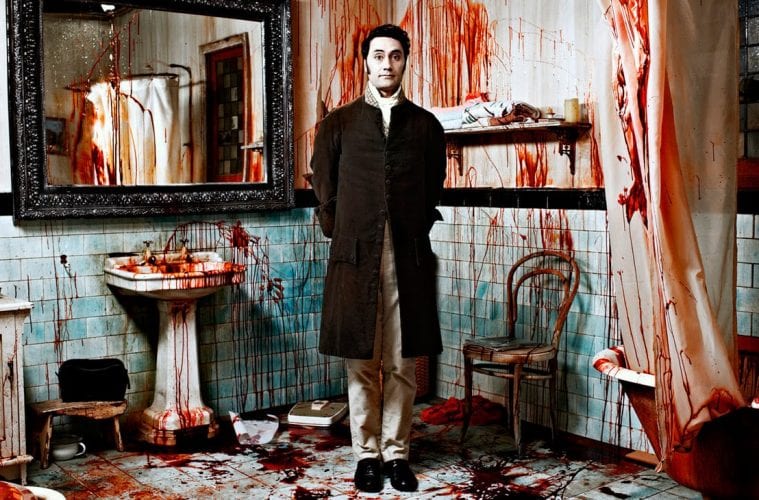 Review: “What We Do In The Shadows” takes a wild (and quite funny) walk on the undead side 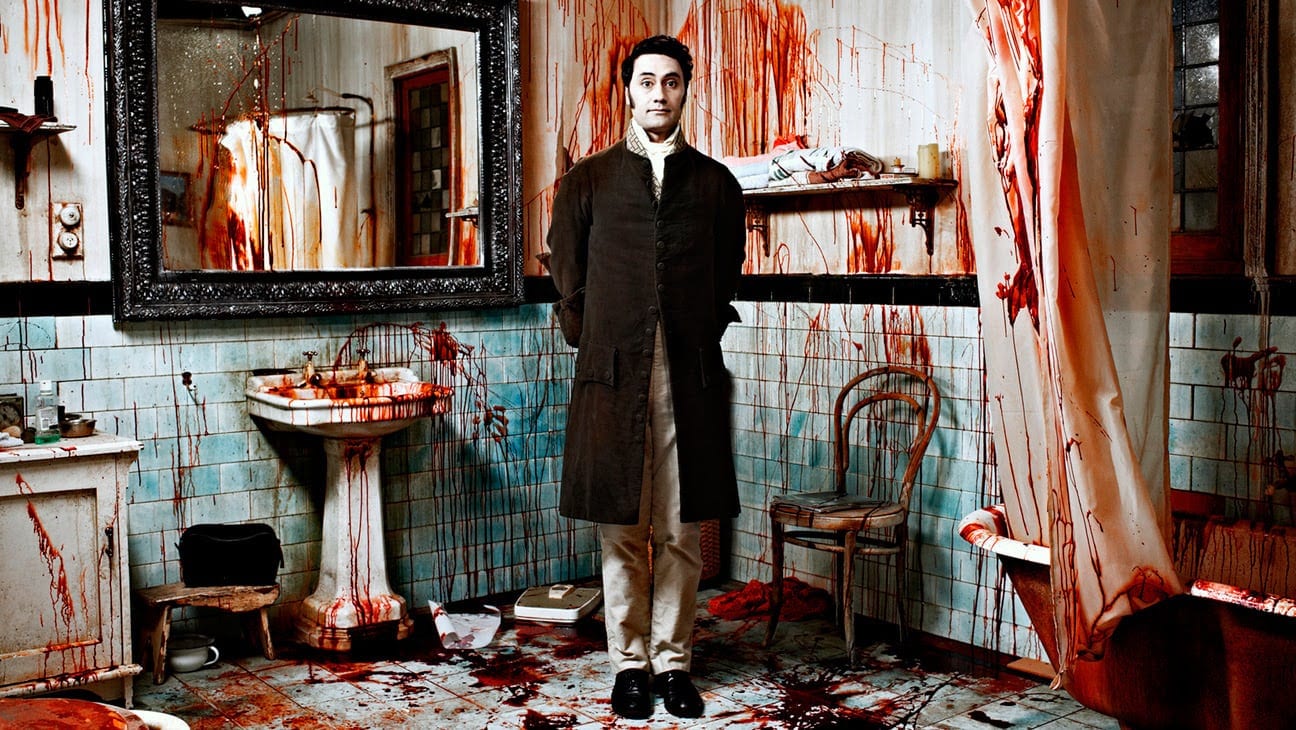 Another bloody mess to clean up in What We Do in the Shadows.

At first, it looks like any other boring social gathering at the local dance hall. There’s forced camaraderie, middle-of-the-road music, questionable wardrobe choices. A woman climbs onstage to rally folks to buy tickets for tonight’s raffle.

But here’s the thing. The prize isn’t a vacation package or a new car. It’s a nervous, middle-aged man trapped inside a cage. And the attendees at this so-called Unholy Masquerade are the witches, vampires and zombies of Wellington, New Zealand.

If the tagline for Bram Stoker’s Dracula was “Love Never Dies,” you could say the same thing about bromance. That’s the real subject of the hilarious mockumentary What We Do in the Shadows: the bachelor bond that survives across centuries, despite bickering about who washes the dishes, run-ins with the local werewolf gang and even the occasional “fatal sunlight accident.”

Our heroes are vampires, sharing a messy old house. The eldest, 8,000-year-old Petyr (Ben Fransham) is a ghastly Nosferatu look-alike who tends to stay in the basement, hissing through his wad of teeth. The next oldest at 862, Vladislav (Jemaine Clement, of Flight of the Conchords) prides himself on his Middle European legacy of torture (history knows him as “Vlad the Poker”). Viago (Taika Waititi), 379, is a onetime dandy and neat freak who’s the undead Felix Unger of the household. Then there’s Deacon (Jonathan Brugh), the “young bad boy” of the group at only 183.

Recalling the comedies of Christopher Guest (Best in Show), Shadows poses as cinema verité, inviting us into the secret lives of these, um, un-alive characters. (“Each [documentary] crew member wore a crucifix and was granted protection by the subjects of the film,” reads a caption in the film’s opening moments.)

The running joke is that these supernatural creatures are as vain, neurotic and sometimes as boring as a lot of the idiots on “reality” TV shows. And whether or not they can stand each other, they have to stick together — not just for self-protection, but for help in dressing up for a night out on the town. (They can’t see their own reflections in the mirror, after all.)

Written and directed by Clement and Waititi, the film uses spare special effects to swift, often very funny results. (A stray comment about Vlad’s trouble with transforming into animals has a great payoff.) The strongest comedy and texture come from the characters’ interaction with the mortal world.

Deacon’s human “familiar” (think Renfield with an SUV) is thirty-something housewife Jackie (Jackie van Beek). She’s grown tired of swabbing up blood-soaked bathrooms for a vampire who keeps reneging on his promise to turn her into one of the undead. Her biological clock is ticking. When she’s not luring virgins to the vamps’ house, where they’re the entrées as well as the guests, she’s gotten especially sick of having to maintain her masters’ outdated clothes. “They wear blouses . . . and I’m stuck here ironing their [bleeping] frills,” she explodes at one point.

The biggest plot through-line follows the arrival of a freshly made vampire, Nick (Cori Gonzalez-Macuer), a tattooed Kiwi lug who can’t help crowing to everyone he meets on the streets that he’s a vampire (soooooo uncool). He also brings his best mate, IT nerd Stu (the adorably dweeby Stuart Rutherford), over to hang with the vampires and bring them up-to-speed on social media. Stu becomes the house mascot, though the vampires are always tempted to suck him dry.

Keeping you pleasantly off-balance, starting with its Cinemax-style title (it sounds like a soft-core cheapy), What We Do in the Shadows manages to be scary-silly in some scenes, and romantic-silly in others. The backstory of Viago’s love affair with a human woman many decades ago has a great arc to it. So does the reveal of the identity of Vlad’s longtime nemesis, the creature known as The Beast.

I make no claims for this movie as an immortal comedy. But it’s laugh-out-loud funny, smart and surprising, the sort of accomplishment I wish we saw more often.

What We Do in the Shadows. With Jemaine Clement, Taika Waititi, Jonathan Brugh and Cori Gonzalez-Macuer. Directed by Clement and Waititi. Unrated. 86 minutes, At Landmark Midtown Art Cinema.