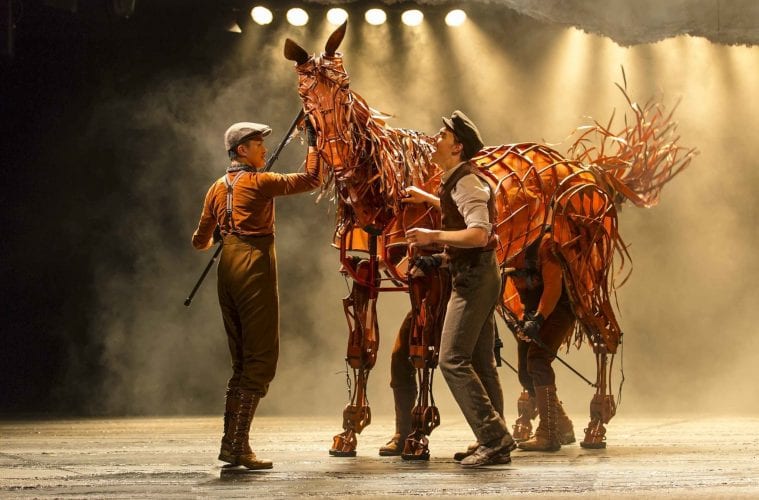 Review: “War Horse” at the Fox makes for enjoyable ride that never quite reaches full gallop 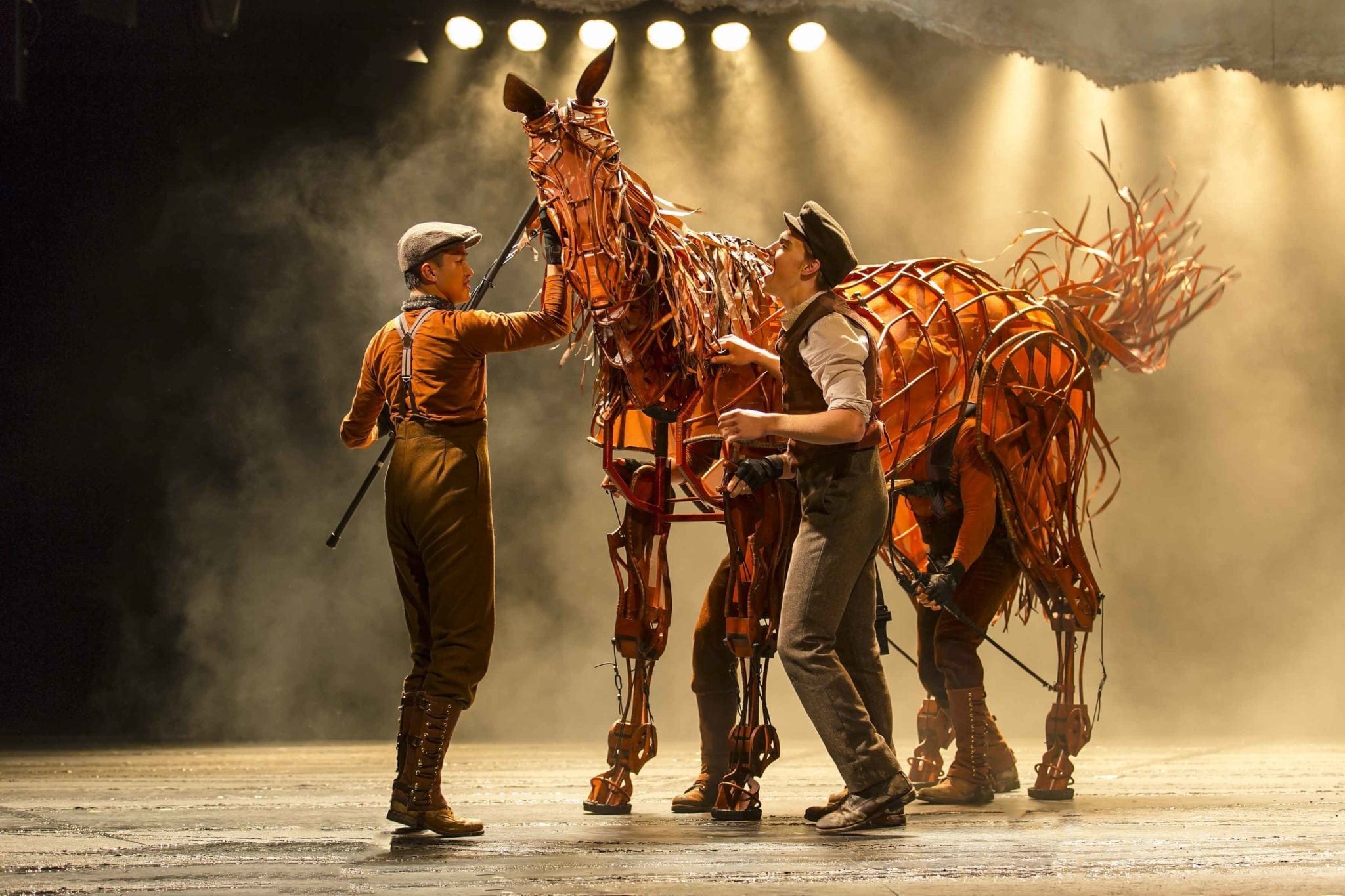 The strengths of "War Horse" come from its puppetry arts.

A horse is a horse. (Of course, of course.) But from the beautiful 17,000-year-old cave paintings of horses in Lascaux, France, to the haunting hoof-pounding of the anthropomorphic horses in “Equus,” horses have been galloping through the myth-making parts of our minds since before we could write.

In “War Horse,” which has its first Atlanta engagement at the Fox Theatre through September 29, the horses pretty much take over: the breathtaking, life-sized horse puppets are so dominant in every sense that they crowd out the puny humans. This is both a triumph of creative stagecraft — elevating the idea of puppetry even above what Julie Taymor accomplished in the Broadway production of “The Lion King” — and a significant problem for the show, which rarely shows as much originality or depth in its people.

“War Horse” started out as a children’s book by Michael Mopurgo, then was adapted at the Royal National Theatre in London, crossed the Atlantic to Broadway to win a Tony Award, and finally was adapted by Steven Spielberg into a lush family movie in 2011. Far more people will have seen the movie, which had its strengths, but they really haven’t seen “War Horse” until they see the version created by the Royal National Theatre and South Africa’s Handspring Puppet Company.

Joey, the title horse, is a skeleton frame of metal, wood and leather operated by three puppeteers — two inside the contraption and one who walks alongside, controlling his head. Joey is both highly stylized and very realistic, with much of the realism coming from his uncannily horsey movements, snorting and breathing. After a short while, you completely forget that the puppeteers are there and just watch Joey and his several counterpart horses as if they were flesh and blood.

If only the story had as much flesh and blood. It’s mostly thin and sentimental. In rural England in 1912, young Albert’s (Albert Veenstra) father buys Joey at an auction, and boy and horse bond. A lot of the farm section is stock characters and tropes: the drunken and irresponsible father, the hand-wringing mother, the earnest and innocent son. Of course, World War I shatters all this, and Joey is sold to be a cavalry officer’s mount and shipped off to war.

In one short scene that lasts maybe a minute or two, we see a troop carrier crossing the English Channel toward France, bucking in the waves, with men and horses on board. Everything is just suggested by the staging, but the scene is indelible and indicative of how many wonderful details are incorporated into “War Horse.”

Once at war the story improves, although it never reaches the level it should. There’s a great scene where a British and a German soldier leave their trenches to cooperate to cut Joey loose from a prison of barbed wire, which has perfect pitch of humor, hope and the futility of war. But the second act is too long, pumped up by a ridiculous section with a sentimental German officer teaming up with a French girl to save Joey. Richard Curtis’ and Lee Hall’s screenplay for the Spielberg film handled this part much better than Nick Stafford’s stage adaptation.

The movie captured some of the brutality and horror of war, but the stage show really hammers home the unbelievably naïve, macho cluelessness that killed so many soldiers in World War I. Seeing British soldiers on horseback waving their swords and charging directly into German machine gun fire is horrible enough the first time it happens, but when you see them repeat this colossal stupidity a few battles later, it’s almost unwatchable.