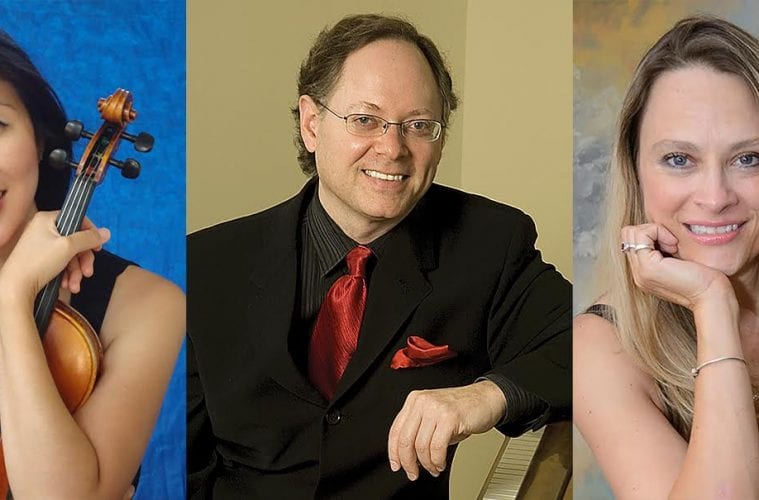 One of the joys of playing concerts is the occasional ability to perform somewhere you’ve never played before, for audiences who have never heard you. It’s even more elating if the destination is a highly esteemed venue like the Royal Concertgebouw in Amsterdam, Netherlands, one of the top-rated places in the world in which to perform or listen to music.

Seven distinguished Atlanta musicians are headed for the Concertgebouw next month, and as part of preparations for their appearance, they performed Saturday the all-Beethoven program they will be taking with them. The KKR Piano Trio (violinist Helen Hwaya Kim, cellist Charae Krueger and pianist William Ransom) and the Vega Quartet (violinists Elizabeth Fayette and Jessica Shuang Wu, violist Yinzi Kong and cellist Guang Wang) performed in Emerson Concert Hall at Emory University’s Schwartz Center for Performing Arts. The concert was presented by the Emory Chamber Music Society of Atlanta, for which Ransom is artistic director.

The KKR Piano Trio performed Beethoven’s frequently heard Trio in B-flat Major, Op. 97, known familiarly as the “Archduke,” while the balance of the program, by the Vega Quartet, was the composer’s late String Quartet in B-flat Major, Op. 130. It was a solid performance, if staunchly conservative as programming rather than adventurous.

That said, judging by Saturday’s performance, these performers can be expected to make a fine impression on their audiences across the pond. This was by far the best performance I have heard by Vega Quartet with their current roster of musicians. The KKR Piano Trio (billed as the William Ransom Pianotrio in the concert listing on the Concertgebouw’s website) did well, too, although it left some issues of balance to be addressed: Ransom’s piano too often overshadowed Kim’s and Krueger’s parts, though both are known as capably assertive players.

Ransom and the Vega Quartet will head out first to Denmark, where they will perform for the Østerbro Concert Society on November 9 in Copenhagen’s hip and affluent Østerbro neighborhood, close to the city center. They will perform two more concerts in Denmark and in The Netherlands for the U.S. Ambassador to that country in The Hague at a gathering of Fulbright alumni. In addition to Beethoven’s Op. 130, these concerts will include Antonín Dvořák’s Piano Quintet No. 2, Op. 81, and David Kirkland Garner’s “i ain’t broke (but I’m badly bent),” a piece the Vega Quartet premiered in 2011.

Kim and Krueger will be in the orchestra for the Atlanta Opera’s production of Leonard Bernstein’s West Side Story through November 11. After that, they will join up with Ransom and the Vega Quartet in Amsterdam for their performance in the Royal Concertgebouw’s 437-seat recital hall on November 16.

Ransom says the concert at the Concertgebouw is the brainchild of Dr. John Cooke, describing him as “a retired doctor who has become one of Atlanta’s great music patrons.” Cooke was a major donor toward helping Emory Chamber Music Society of Atlanta meet a $1 million matching challenge grant from the Katz Foundation to permanently endow the Quartet-in-Residence program at Emory. That endowment ensures that there will always be a full-time professional string quartet based in Atlanta, a role currently filled by the Vega Quartet.

Cooke’s inspirations have included taking some of his favorite Atlanta musicians to perform at some of the greatest venues in the world. Several years ago, he sponsored the Vega Quartet’s debut at the Musikverein in Vienna. The Concertgebouw was also on his list, this time sending the KKR Piano Trio along with the Vega Quartet. Once that Concertgebouw date was set, the additional appearances were appended to the schedule.

“We need to inspire more people like him to support the arts,” says Ransom, who cites Cooke as exemplary of the kind of arts patronage that makes a city’s culture not only flourish, but become noticed well beyond its borders.