In another of their back-and-forth dual reviews, they discuss their thoughts about the newest work from Atlanta’s hottest playwright, and what Greetings means to the arc of Payne’s career.

Andrew Alexander: Greetings, friend! As the wonky syntax of the title Greetings Friend Your Kind Assistance is Required might suggest, the action of Topher Payne’s new play centers on one of those infamous spam emails, typically purporting to be from an African prince or some other wealthy dignitary in dire circumstances. Payne imagines one such email reaching a retired schoolteacher named Rhonda Charles (Brenda Porter). She’s somewhat eccentric, new to the internet and by nature inclined to help others so she’s inspired to see what she can do. As it turns out, this imperiled prince (Skye Passmore) is for real, and his imprisonment is genuine. With her no-nonsense roommate Marybeth (Karen Howell), Rhonda travels to the prince’s tiny, quirky country of Zardelgnia, where the pair begin to hatch a rescue plan. I’m curious to hear your thoughts on the play. I suppose comedy, in the end, gets an ultimate, uncomplicated up-or-down vote, so I’ll put you on the spot by asking point-blank: did you find it funny?

Jim Farmer: Greetings, AA! Way to put me on the spot! I found it funny — in doses. I was charmed most by the early scenes of Rhonda and Marybeth. Their friendship seems real and Howell’s character is one who cuts to the chase and tells it like it is. As long as the play focuses on these two and Rhonda’s uncertain future, I found it to be amiable and warm. Yet once the characters make the trek to Zardelgnia, it became much less interesting for me. I didn’t really care for many of the extraneous supporting characters. Some of them kind of blurred together. What did you think? 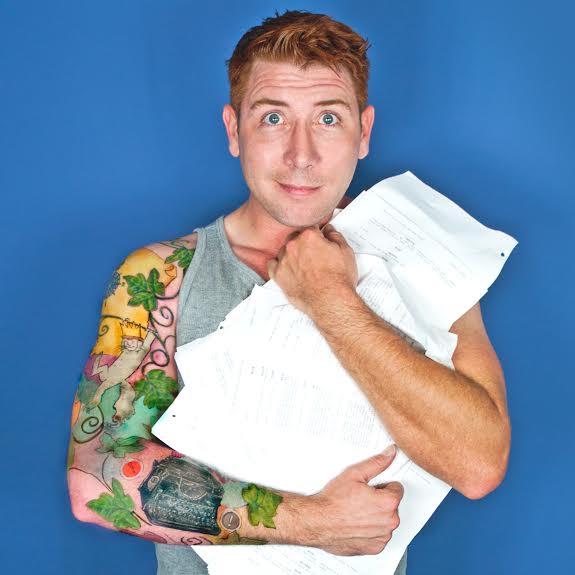 Alexander: I also really enjoyed Payne’s depiction of the friendship between Rhonda and Marybeth; I thought Howell gave an especially spot-on performance. I was genuinely amused, and Payne’s world is, as always, invitingly silly and sweet. I think I had more fun in the Zardelgnia section than you did. I admired that Payne was stretching his muscle a little, claiming some new imaginative territory. I agree there did seem to be a lot of supporting characters; a country needs a lot of people, I suppose, and Payne feels compelled to give each of them a narrative arc. That’s part of the storyteller’s art, giving every character a reason to be there, but things did run a little long. The play seemed to end and end and end and then end some more with a coda and an afterword and so on. But the imagined country made me think of early Woody Allen; in early work, he would reframe historical events or literary classics or depict a revolution in an imaginary Banana Republic, as he did in Bananas. I think Payne is treading a parallel path and doing it well.

Farmer: I agree. There are some  inspired, goofy moments in Zardelgnia, many involving actress Stacy Melich. Karen Howell, too, is a delightful presence; she can turn talking to a camel into high art. I admired Payne’s reach here, but you nailed my sentiments exactly with the talk of the show’s repetitious endings. The play is a full two hours and I think it could have been a dandy 90-minute, no-intermission production. Many of the scenes between the prince and the general just seem to go nowhere. Every time Porter and Howell disappeared, I missed them. A tighter show wouldn’t have needed as many of those superfluous Zardelgnia moments.

Alexander: I see your point. Creating a silly imagined country requires a light touch, a certain giddiness of tone. A writer who can evoke it at all is pretty impressive, but maintaining it for about two hours may be just too much to ask. Something about it sort of runs out of steam at times, as you point out. As I mentioned, I thought of Woody Allen, and that’s high praise, but the comparison also brought to mind a point of criticism. Payne is always highly conscious of his audience. That works primarily as a strength, but as with many strengths, the same quality can also play out as a weakness. There’s an eagerness to please, sometimes overeagerness, a watchful eye on the viewer, a desire to amuse and satisfy at every turn. Woody Allen had to make the execrable and universally reviled Interiors before he could make the beloved and brilliant Hannah and Her Sisters and Blue Jasmine. There was a shift from early work to more mature work and it’s a leap that, as impressive and successful as Payne’s career has been. I don’t think he’s made yet. Hopefully, he won’t rewrite Interiors, and I’m not arguing that there’s something immature about comedy, mature about tragedy. But I think his work could benefit by taking a bigger step in a direction away from that impulse to please, if you see what I mean. You’ve followed Payne’s work for some time now. Any thoughts about how this new work fits into the shape of a career?

Farmer: Good lord — no one needs to rewrite or be forced to rewatch Interiors. I have been following Topher as a playwright for a very long time and I am tremendously excited and impressed by him and his growth. He is a consummate, tireless professional; I am not convinced he even has time to sleep these days. His work has matured over the years and he’s a confident, versatile writer. I especially love the adoration he has for his female characters, who always have dimensions, and he has a great sense of humor and the ability to craft sharp dialogue. Not every play has to be Chekhovian — or a Hannah and Her Sisters –– in its scope. I don’t mind at all that Topher has written a frothy, lightweight comedy here. It’s a fragmented work for me, though, that, like most world premieres, is a work in progress.

You are correct about him knowing his audience and what he can and cannot get away with here. This might be a different show at another theater. To Payne’s credit, there’s a surprise development at the end that is edgy without being too edgy. That part, as well as the final scene, I unequivocally loved. It’s very clear that Payne and director Shannon Eubanks, who are frequent collaborators, are in sync with each other.

Alexander: Interiors. The Director’s Cut. On Blu-ray. With extras and commentary. You know you’ve been waiting for it.

Farmer: Just chainsaw me now. The pain would be less. So what is the final verdict from you on Greetings, Andrew?

Alexander: Fun show. Payne is in his element, in good form, but also extending his subject matter into some new territory. Fine cast, well-directed in a colorful production, even if it all runs a little long. Overall, I think there are still more and better things to come from this playwright. It may be worth noting that Chekhov actually did write pleasant, lightweight, frothy comedies early in his career. Uncle Vanya and The Cherry Orchard aren’t just better plays, they’re much funnier. Without the overt desire to please or prod, without peeking out from behind the curtain to gauge the audience, what sort of playwright would Payne be? I’m curious. Any final thoughts we didn’t cover?

Farmer: I don’t think so. This isn’t my favorite Topher Payne work, but it has enough to please most patrons.