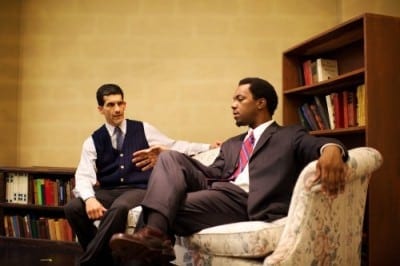 “The Negro Motorist Green Book” is a historical footnote that tells much about an era. First published in 1936 and updated regularly for almost 30 years, it was a travel guide covering much of the United States that informed African-Americans about restaurants, hotels, stores and gas stations where their business would be welcomed. Because many towns had no such havens during the Jim Crow era, it also listed private black homes where a traveler could spend the night. Negro Leagues ballplayers and touring musicians swore by it, as did middle-class blacks who were starting to enjoy enough prosperity to own a car and travel, but not enough freedom to be safe from racist harassment in a lot of places — and not just in the Deep South.

From this offbeat historical curiosity, Atlanta playwright Calvin Alexander Ramsey has fashioned a potent new drama, “The Green Book,” currently having its world premiere at Theatrical Outfit under the direction of Freddie Hendricks (following some semi-staged readings last year in Washington, D.C.). It manages to be educational — high school and college classes should flock to it — without being dry, uplifting without being preachy, and dramatically surprising. The play will run through September 11. For information and tickets, click here. 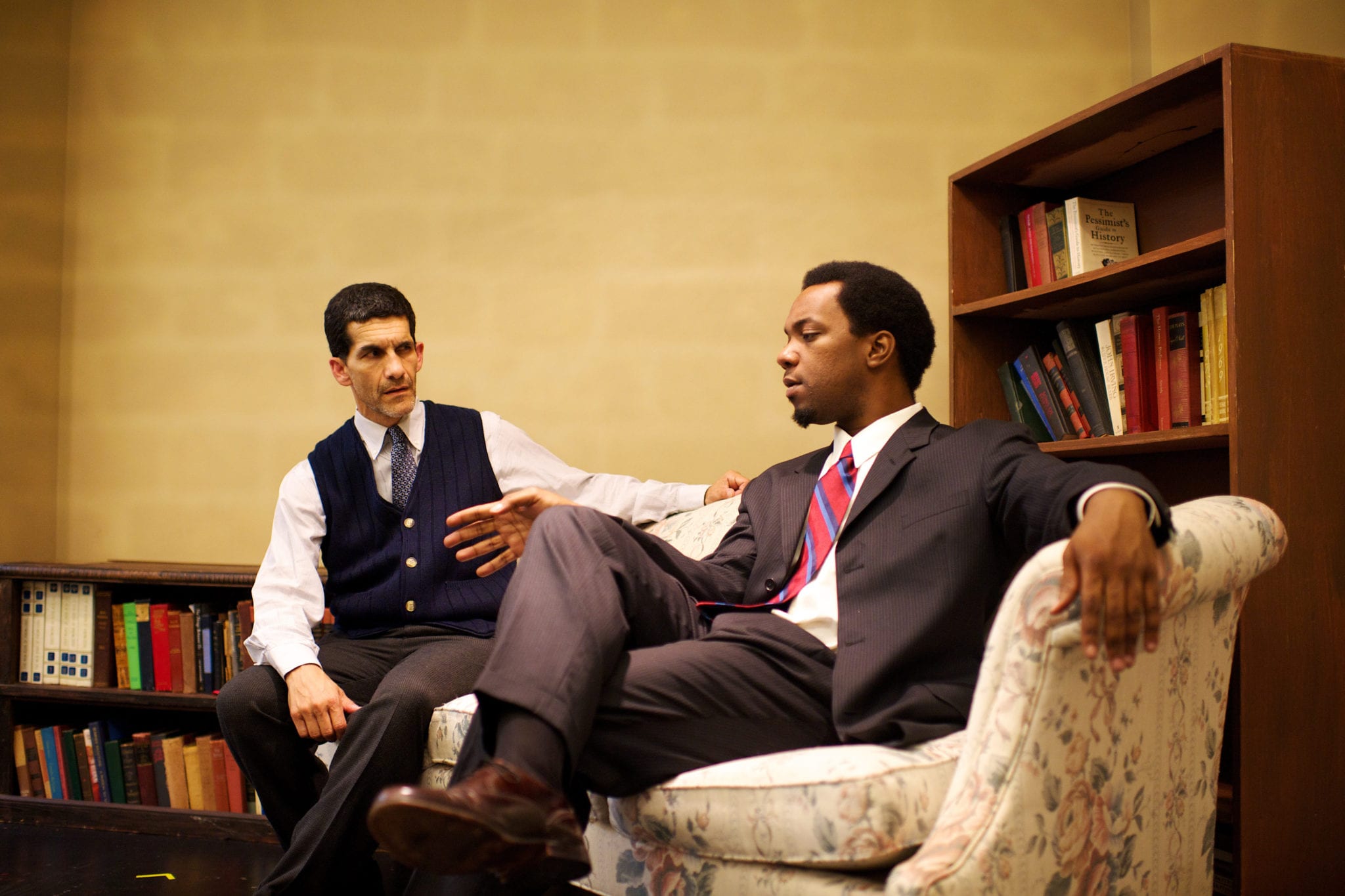 In Act 1, Ramsey introduces the Davis family of Jefferson City, Missouri, in 1953: Dan (Archie Lee Simpson), a lawyer; Barbara (Donna Briscoe), a librarian; and Neena (Veanna Black), their teenage daughter. It’s no huge knock to say that the Davises are nice but not very interesting. Their role is to provide a relaxed household, listed in “The Green Book,” to serve as a meeting hall for the characters who will bring the dramatic juice: an Army captain (E. Roger Mitchell) and his proud wife (Jackie Smith); Keith Chenault (Neal A. Ghant), a slick, shallow young man who sells advertising for “The Green Book”; and Victor Lansky (Barry Stewart Mann), a Holocaust survivor who refuses on principle to stay at the local hotel because of its “No Negroes Allowed” sign and shows up at the Davises’ looking for shelter. The short first act is dramatically slack, but packed with enough historical toss-offs — W.E.B. Du Bois, Langston Hughes, Jackie Robinson, Lena Horne — that civil rights history geeks will enjoy it.

Act 2 changes the drama’s dynamic considerably. The Davis house is empty except for Keith and Victor, and the play becomes a dialogue of escalating confrontation between the two men. Keith, who at first just seems superficial, turns out to be a much more troubled character who is covering up some deep flaws. He hates the idea that Victor, a Polish Jew, is taking advantage of “The Green Book” even though he’s not black. As their discussion/argument intensifies, their secrets start tumbling out and “The Green Book” becomes a stunning two-man show exploring big topics such as hatred and evil. The acting is fine throughout, but Ghant and Mann are given the most to work with, and they really deliver.

“The Negro Motorist Green Book” itself was not as dramatic or iconic as so many of the touchstones of the African-American struggle, from the Underground Railroad to the storied marches of the 1950s and ‘60s. Ramsey manages to find a largely forgotten story and bring it to life eloquently.

Finally, if you’re curious about the original book, here is a link to a pdf: http://www.autolife.umd.umich.edu/Race/R_Casestudy/87_135_1736_GreenBk.pdf