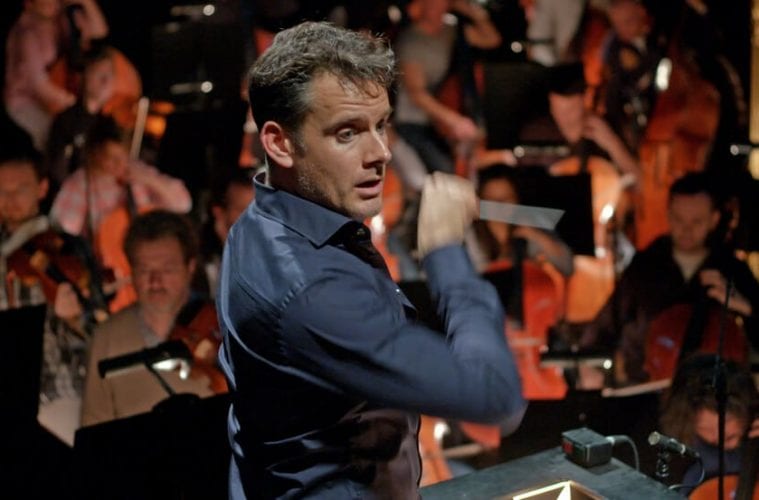 The Square is named after the latest installation at a prominent Stockholm contemporary art museum: a square space mortared into the other stone bricks in the museum’s forecourt. The plaque attached to the new work is standard, humanist boilerplate: “The Square is a sanctuary of trust and caring,” blah blah blah. The movie built around it, winner of this year’s Palme d’Or at the Cannes Film Festival, playfully questions the true status of trust, care and human interaction in the modern world. It also takes satirical shots at the visual arts world in ways that are amusing but a little easy and often dated. For instance, during an interview with journalist Anne (Elisabeth Moss), the museum’s curator, Christian (Claes Bang), speculates what would happen if he took her purse and placed it on a gallery floor. “Does that make this object a piece of art?” It’s a question answered long ago by Andy Warhol’s soup cans, and even earlier by Marcel Duchamp’s 1917 display of a urinal, titled Fountain.

The movie’s stronger subject is the ever-thin line between civilization and chaos, and the threat of bad human behavior erupting in even the safest of places. This links it to the director’s previous film, Force Majeure. (That’s the one in which a close call with an avalanche mars a family’s ski vacation, calling into question the father’s courage.) Another focus in The Square: bystander apathy for the homeless who haunt our cities, and for people who are the victim of crimes in public spaces, even when they’re surrounded by their fellow citizens.

Christian himself becomes one of those victims. Walking to work across a busy city plaza, he becomes entangled in what appears to be a violent lovers’ spat. After the crisis passes, he realizes he’s been pick-pocketed of his wallet and phone. (The sequence is one of many that’s fluidly shot by cinematographer Fredrik Wenzel.) Locating his iPhone at the apartment building where the thief apparently lives, Christian is convinced by a young colleague to slip a flyer demanding the return of his property under the residents’ doorways. Surprisingly, this works. But the recovery of Christian’s belongings is only the start of his problems. One of the building’s innocent tenants — insulted to be called a thief — vows to “make chaos” with the curator. Once we (and Christian) discover the identity of this self-appointed avenger, it’s a good joke, a joke that gradually turns heartbreaking.

The movie’s slightly too on-the-nose centerpiece distills Östlund’s notion that the apparent gulf between the civilized and the brutish can actually be tissue thin. A performance artist, impersonating a grunting, alpha primate (Terry Notary, the muscled, motion-capture actor who played Rocket in the Planet of the Apes trilogy), is unleashed on a black-tie donors’ dinner and quickly demolishes the room’s social structure. It’s a scene as amusing as it is harrowing. (Among the diners thrown into havoc is Dominic West in a small role as a self-satisfied artist based on Julian Schnabel.)

The Square is sometimes not as smart as it thinks it is, and it’s too long. But it’s also constantly surprising, sometimes suspenseful and wryly funny. And, in an era when incivility is rewarded, it’s all too timely.

Near the beginning of the film, Christian holds a press conference, announcing a new exhibition. In the documentary The Paris Opera, also opening, we witness real-life press conferences conducted by Stéphane Lissner, newly appointed director of this fabled, elite and contentious institution.

Jean-Stéphane Bron’s doc follows Lissner through his first year, the 2015–16 season, as he overseas the hundreds of musicians, singers and dancers who fill the Opera’s two performance venues. The movie focuses on big names, like visiting avant garde director Romeo Castellucci, who stages an elaborate Moses und Aron, complete with a live bull onstage, and recently appointed dance director Benjamin Millepied (and husband of Natalie Portman), who can’t decide whether he wants to stay in the job.

Frankly, the more interesting people are the young artists, the dancers and singers newly arrived to both Paris and its Opera. Take, for instance, Mikhail Timoshenko (known as Misha), a Russian bass-baritone with a baby face and the voice of a god. Chosen for the academy of young singers, we see Misha interact bashfully with famed Bryn Terfel, who thoughtfully treats the young man as a fellow artist. The documentary’s year-long arc is as much about people like Misha as it is about the Opera’s grand directors.

The film takes a fly-on-the-wall approach, which works better sometimes than others. I love the way it follows members of the wardrobe and wigs departments as they do their unglamorous jobs — washing sweaty costumes or teasing endless hairpieces — after the curtains have fallen. And in their booth high above the action, the stage managers sing along during a performance of Wagner’s Meistersinger.

As they sit backstage during a performance, one Opera employee asks a diva’s personal assistant, “Does she sweat a lot in the first act?” The reply: “Yes . . . She’s drenched after.” Sure enough, the camera follows the assistant as she meets the singer in the wings, box of tissues in hand to let the star mop herself.

Other times, the film’s narrative-free approach can be frustrating. Millepied resigned his post in early 2016, and while we see a heated press conference surrounding that decision, Opera doesn’t gives us details of what exactly happened. You can admire the filmmaker’s decision to avoid easy drama while also feeling a little cheated.

Ultimately, The Paris Opera is a love letter (sometimes with the hint of an eye roll) to the insane and risky work that goes into something as ephemeral as live performance. The apocalyptic glimpse we have of the finale of Moses und Aron — chorus members clad in white roll through puddles of black paint or solemnly descend and reemerge from an inky pool set in the stage’s floor — is gorgeous, and almost laughably over-the-top.

Both The Square and The Paris Opera remind us that in the world of art, the deeply beautiful can verge on the truly ludicrous. But that very tension can be exactly the thing that invokes the sublime.

The Paris Opera. A documentary by Jean-Stéphane Bron. In French, German and other languages, with subtitles. Unrated. 110 minutes. At Landmark Midtown Art Cinema.