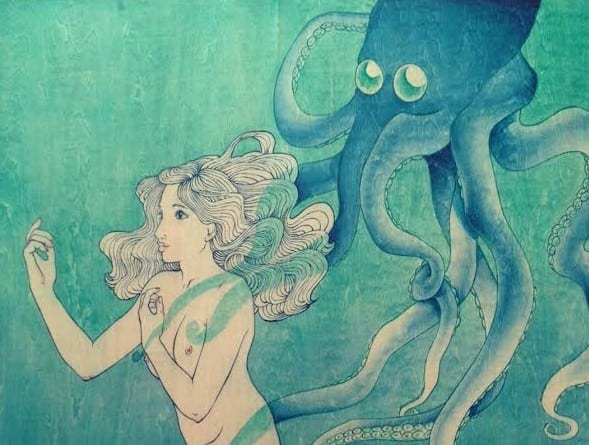 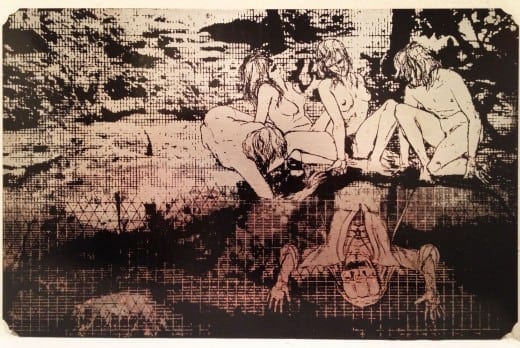 The Lagoon, a group show of 21 artist at Kibbee Gallery through February 28, sends visitors into unknown territories. (Closing reception is Saturday from 7 to 9 p.m.)

Rooted in myth and symbolic storytelling, these works use the unnatural to talk about human emotion. The atmosphere is eerie and portentous. Psychosexual tensions described in Freudian theory fuel representations of contrasting love and horror. Other works delve into darkness through repeated, morbid imagery of skulls and ghouls.

Popular cinema is a touch point. The Creature from the Black Lagoon and Blue Lagoon were referents for Atlanta artist Ann-Marie Manker, who organized the show. Many artists use techniques such as high-contrast light and dark and disorienting construction of space to create effects found in film noir. 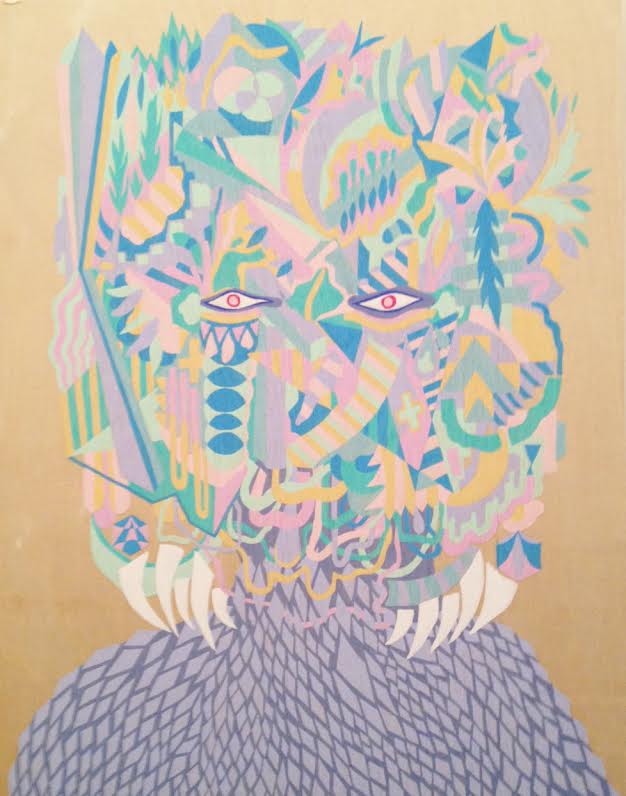 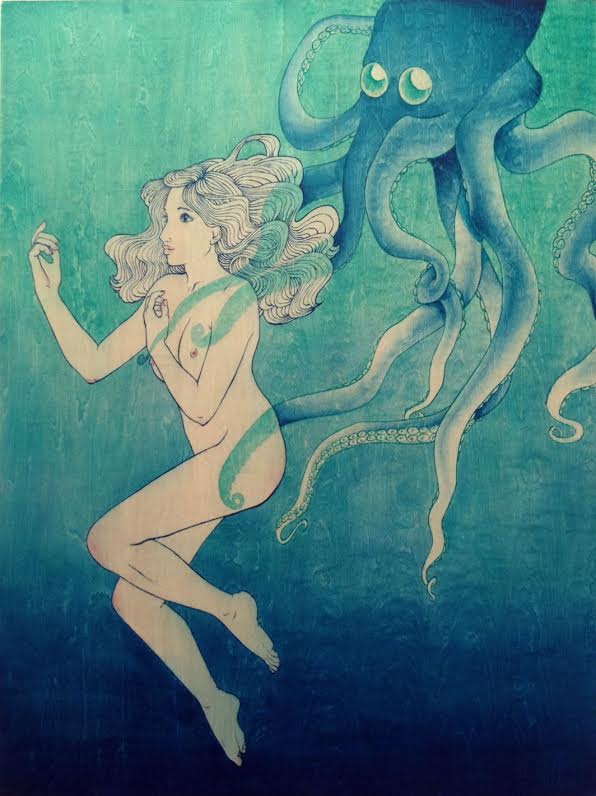 Jason Butcher is among those who depict the lagoon as a mythological environment exposing primitive human behavior. In Special Birthday Summoning (2015), Butcher traces four naked figures along a riverbank gazing down at the rippled reflection of a three-eyed character. The seductively posed women seem to be laughing at or teasing the ghoulish beast. Using aggressive scratch marks on tinned copper-clad phenolic sheets, Butcher creates a violent visual mood.

The paintings and drawings in The Lagoon build to an unnerving tension. Enter at your own risk.