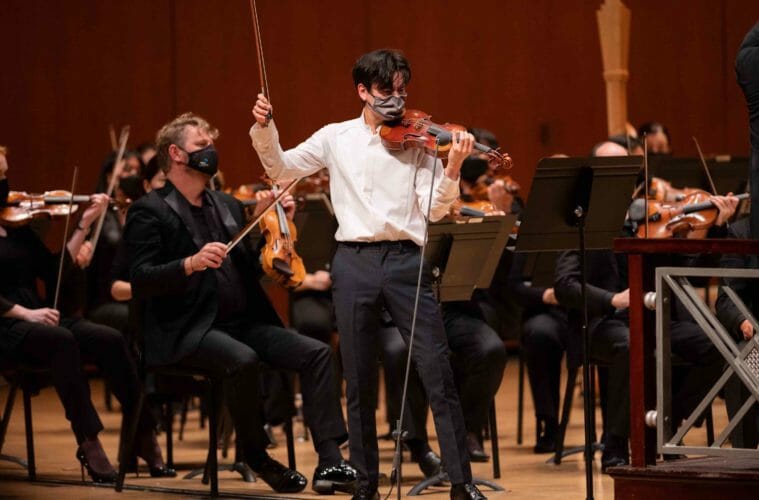 Any classical enthusiast whose appreciation enters the realm of attending the live symphony is well aware of the many tiny pleasures that greet the eyes and ears upon arrival — the politely bustling chaos of conversations happening in the lobby, the moment of entering the concert hall and stepping into a world of acoustically sculpted architecture.

Outstanding among them is getting lost in the glorious auditory wilderness of listening to the players in a symphony orchestra warming up. In the case of a composer so colorful and bombastic as Richard Strauss, it is an experience akin to wandering through the noisy milieu of a factory whose machines are designed to produce feral bursts of melody. Such an experience — which borders on atonal jazz — is almost worth the price of admission in and of itself.

On Friday evening, the bevy of virtuosos in the Atlanta Symphony Orchestra were more than happy to deliver that extra treat as the audience filed in, which makes it all the more a shame that so few people were there to hear it. In stark contrast to the season’s packed opening night, this was an evening well under capacity with large swaths of the seating left empty. It’s an unusual occurrence for a crowd pleaser like Strauss, whose Op. 20, Don Juan, and Op. 28 Till Eulenspiegels Lustige Streiche (Till Eulenspiegel’s Merry Pranks) would open and close a night of diverse and sonically rewarding material.

Under the baton of Robert Spano, Don Juan began with soaring, swelling tones that evoked the golden age of Hollywood — that playful, up-tempo spunk that always permeated films from Charlie Chaplin to Disney. It’s the music of a cheerful adventure, carried by a soaring string section and dazzling percussion, both aided by the ASO’s warm enthusiasm. It is worth commending the precise, flawless timpani work of Mark Yancich. His delivery carried just enough power to convey dramatic emphasis, but not so much that it contradicted the light, joyful tone of the piece. Given the timpani’s nature as an open door into overplaying, such command is particularly noteworthy.

The second piece of the evening was the world premiere performance of Conrad Tao’s Violin Concerto which featured the tonal mastery of guest violinist Stefan Jackiw. An eerie, unsettling and melodically sparse work, the piece was, unsurprisingly, inspired by that most enduring of modern tribulations: the Covid-19 pandemic and the human mind’s reaction to an unnaturally isolated existence.

The work begins with a haunting, tense and world-weary violin phrase that seems to drink in a fog of inner confusion, calling out into the solitary darkness that surrounds it. Eventually, such plaintive longing is answered by a response from a single clarinet — like two lost souls casting about in the darkness. Tao seldom develops such melodic phrases into a traditional contrapuntal dialogue, instead allowing these two isolated voices to wander aimlessly, only occasionally aware of one another’s existence.

The more melodic aspect of the piece develops in the underlying accompaniment laid down by the orchestra itself, serving less as a direct interaction with the soloist and more as the soundtrack for the dramatic dialogue expressed by the increasingly unhinged sonic tantrum thrown by the violin. The piece teeters precariously between traditional notions of music and the more controversial “sound-as-art” realm of so much symphonic modernism. 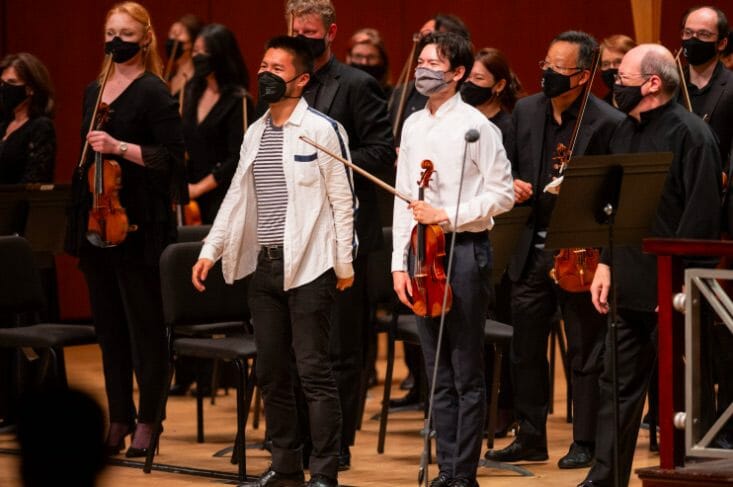 Whatever the case, it was largely entertaining and captivating with the only real criticism being its length — fulfilling a 26-minute runtime meant recycling previously explored ideas, an unwise move in a tonally aberrant modern work. One furious panic attack from the violin gets the point across — three feels like cause to alert mental health professionals.

The next piece, Alvin Singleton’s Different River — an ASO commission from 2012 — would prove to be the evening’s high watermark. Conceptually, Different River is exactly that, a contemplative exploration of something that is ever-changing, with wildly distinct ideas flowing in and out of one another in a way that is jarring but never unpleasant.

The most distinct element of the piece is the liberal use of melodic percussion, which demands comparison to progressive rock masters such as Frank Zappa and Mike Oldfield but also contemporary sensations like vibraphonist Stefon Harris. Avant-garde modern works that lean heavily on percussion often feel like endurance matches between audience and composer, but here Singleton’s ability to sculpt engaging melodic content around pitched percussion is nothing short of sublime — it carries the piece through its many intersecting currents.

Stylistic echoes of mambo, Tin Pan Alley and mid-century modern jazz along with other seemingly disparate genres meld together effortlessly. It is a harmonically rich environment that functions off of its own internal dream logic — a surreal journey the listener can’t help but enjoy. Singleton, who lives in Atlanta, was on hand to receive the audience’s enthusiastic applause.

The evening would close with a return to Strauss in the form of the epic tone poem Till Eulenspiegels Lustige Streiche. Translating to Till Eulenspiegel’s Merry Pranks, the work is built around the life and legend of the titular Eulenspiegel, a German con man and roguish prankster from the 1300s, here memorialized as a champion of the people whose antics were primarily suffered by the royal class. The work continues in the colorful, upbeat, and always cinematic tradition of Strauss and ended the night with an ecstatic audience reaction.

The fall 2021 season finds the ASO in top form — a trend that, if seen through to the end, will go down as one of its best runs.