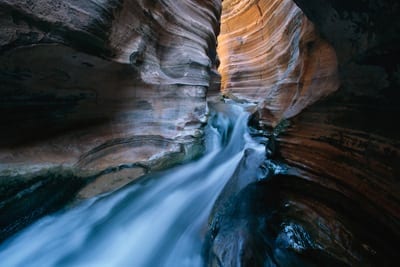 Review: Peter Essick at Lumiere and four photographers at Get This! ply different roads

Many a photographer has talked about the camera as a ticket to other worlds. Is there a better example than the spectacular photography in National Geographic? 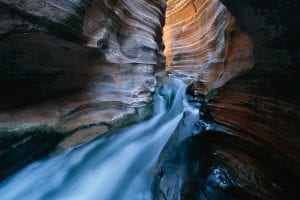 Though globe-trotting has become infinitely more common since the magazine’s founding in 1888, veteran photographers such as Peter Essick, whose solo show at Lumière runs through December 4, still take armchair travelers to faraway places and make equally transcendent discoveries in our own backyards.

Whether they depict the Boreal Fen in Finland, the sands of Australia’s Fraser Island or the backwoods of Arkansas, Essick’s photos are clearly not the result of an appreciative drive-by. When on assignment, the Stone Mountain resident spends four to six weeks in a place to get to know its character and build a sense of the kind of image he’s looking for. 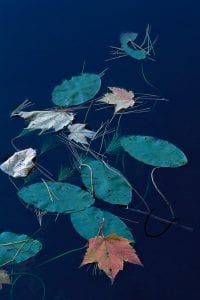 This process often requires trekking miles with his equipment to remote sites, waiting around in baleful weather to get the shot, and even braving potentially lethal mishaps, as when the float plane he took to Tracy Arm, Alaska, sank in frosty waters.

Skill matches effort. It’s evident in the exquisite clarity of the striated walls of an Arizona canyon, and the energy of the water whooshing through them. It’s evident in the magical glow of Finland’s aurora borealis illuminating spruces whose snow-laden bows suggest melting candles. It’s evident in the Japanese spareness of a view of leaves and flowers floating in the still waters of Wisconsin’s Rainbow Lake.

If you don’t leave Essick’s show with a renewed sense of wonder, you’re an awfully jaded cookie.

Meanwhile, Get This! gallery has its own, and very different, exhibition of travel pictures. “Free People of Colour (and other pictures),” on view through November 6, showcases the work of four young photographers who take cultural off-roads and bring back compelling images of their generation. 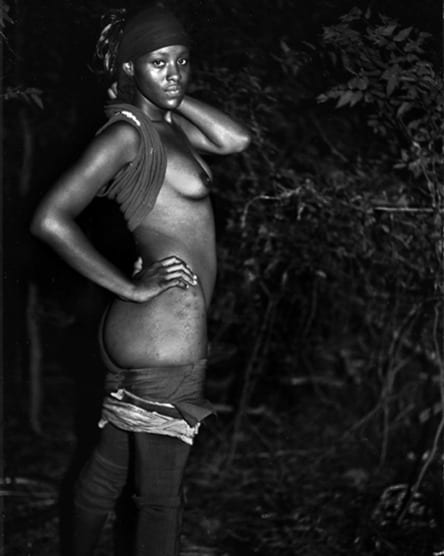 The work here, all in black and white, focuses largely on the South. The region is hardly untrodden territory, but these artists look, and sometimes settle, into its shadowy corners to find little epiphanies.

New Jersey native Craig Mammano moved to Treme, a poor, isolated community in New Orleans’ Seventh Ward, in 2006. His photos bespeak an intimacy with the subjects that an artist accrues only over time. Most compelling are the images of women, which point up the difference between the merely nude and the naked. The ad-hoc presentation — pinned to the wall, no glass or frames  — mirrors the rawness of the photos.

In contrast, Dinah DiNova’s portraits of men and women in Victorian garb evoke a nostalgic innocence.  The medium fits the message: DiNova’s tintypes, which look like something you’d find in grandma’s attic, actually depict a group of contemporary young people who have made a community where they dress and live in a re-created past. 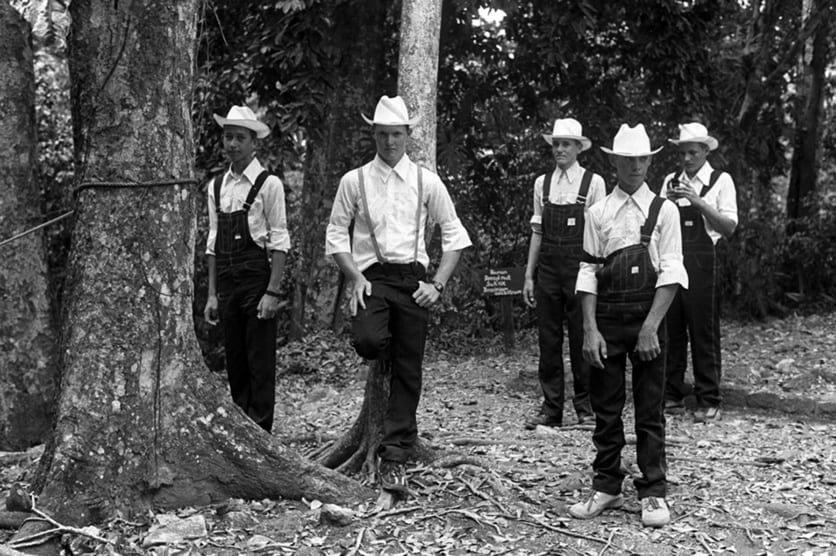 Michael Koehler exhibits an Arbus-like eye for the odd and the marginal. “Along the Tracks” is a bizarre sight: a naked man in a Mexican mask who appears to be climbing a railroad embankment. Ditto the Mennonite boys on vacation in Belize in Koehler’s eponymous photo: if their buttoned- and suspendered-up attire did not set them apart, their awkward postures and peculiar expressions would.

Santiago Mostyn, who curated the show, trains his camera on fellow travelers and people on the margins. Like Koehler, he has a knack for making pictures that are simultaneously immediate and well constructed. His portrait of a handsome dreadlocked fellow who looks up from tying his bootlaces in “Hitchhiker Eyes” is a good example.

The self-possessed hitchhiker is miles from the guy in “Crack Queen, Miami,” who appears to have slept in an abandoned lot and tries to hide his face from the camera. There are some off-road trips that make you glad to be sitting comfortably in your armchair.