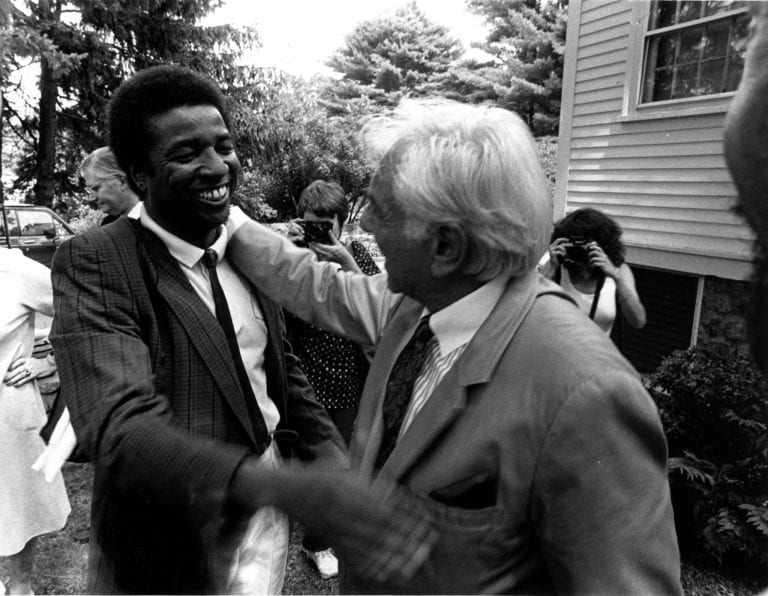 A younger Singleton with the legendary Leonard Bernstein.

Alvin Singleton’s latest CD, Sweet Chariot, featuring seven works by the Atlanta-based composer, is out this month on Albany Records. It’s the third “portrait” album of all-Singleton music from that label and the fourth all-Singleton album among his overall discography.

After 14 years of living in Europe, the Brooklyn-born and raised Singleton moved to Atlanta in 1985 when he accepted a three-year appointment as composer in residence with the Atlanta Symphony Orchestra. When that residency was over, Singleton decided to remain in Atlanta. Ever since, his continuing national and international recognition has remained unparalleled for an Atlanta-based composer. Just this year, at age 73, Singleton was elected to the prestigious American Academy of Arts and Letters, an honor that is limited to 250 members total, all elected by member peers.

And since 2006, Singleton’s music has been exclusively represented by the esteemed German publisher Schott Music, one of the top music and media publishers in the world. Although many composers would kill to be represented by Schott, it’s not surprising the publisher would take on Singleton’s complete oeuvre, given his extensive performance track on both sides of the Atlantic, with a reputation that got its roots in Germany, Austria and Italy before his return to the United States. The mix of experiences in Singleton’s international compositional life is a part of what gives his music its unique identity. His typically lean, abstract style can be demanding, but it nevertheless engages the listener in anticipation of what might or might not happen next. 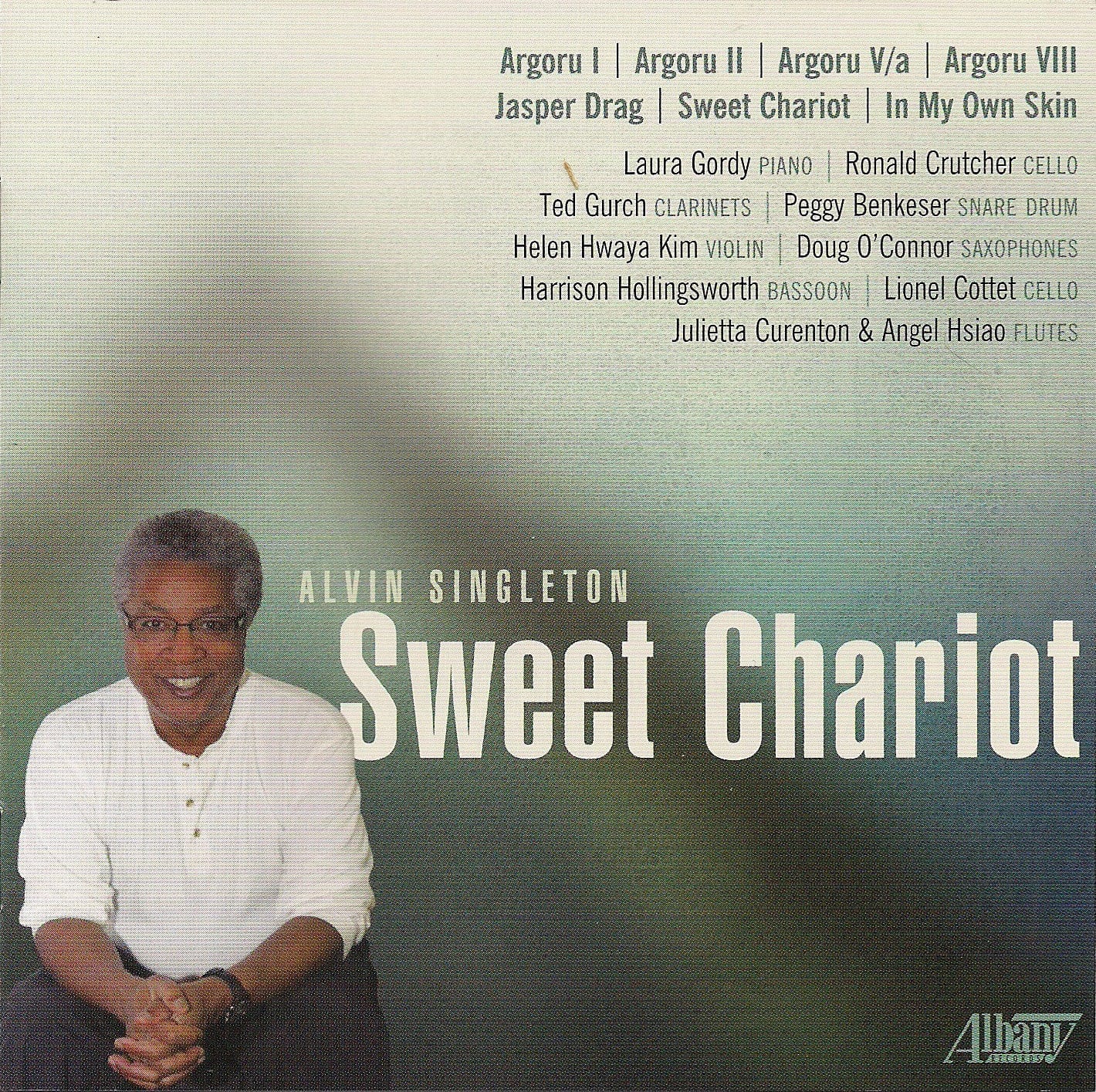 Sweet Chariot superbly reflects that assessment with seven of Singleton’s chamber and solo works spanning the years 1970 to 2013, arranged chronologically and all recorded between 2008 and 2013. Six of the seven tracks feature musicians who have been longtime collaborators and champions of Singleton’s music. Pianist Laura Gordy, percussionist Peggy Benkeser, clarinetist Ted Gurch and violinist Helen Kim are all Atlanta-based musicians who were members of Thamyris, a contemporary music ensemble established soon after Singleton arrived in Atlanta but no longer active as a group. Cellist Ronald Crutcher is a colleague from Singleton’s Yale days, who until last month was president of Wheaton College.

The exception is the title track, “Sweet Chariot,” which was commissioned by Philadelphia’s Astral Artists and recorded live by five young musicians from that group: flutists Julietta Curenton and Angel Hsiao, saxophonist Doug O’Connor, bassoonist Harrison Hollingsworth and cellist Lionel Cottet. The performances by all musicians on the album are top-grade renderings that do the music justice.

The album opens with four of Singleton’s “Argoru” series, all unaccompanied solos. The title “Argoru” was inspired by the word in the Twi language which means “to play.” “Argoru I” for piano is a virtuosic study in contrasts. “Argoru II” for cello calls forth a variety of dramatic temperaments through nontypical, extended techniques. “Argoru V/a” for bass clarinet hints at deconstruction of jazz techniques, such as Eric Dolphy–esque use of slap-tonguing, reconstituted into a more “classical” context. “Argoru VIII” for snare drum defies stereotypes of technique, undermining expectations of what the instrument is expected to do.

“Jasper Drag” (2000) reflects upon the racially motivated murder of James Byrd Jr., an African American who was dragged for three miles behind a pickup truck on June 7, 1998, in Jasper, Texas. The biting irony of the title is that a “drag” (or “slow drag”) is an African American ragtime social dance made popular in the early 20th century, also danced to blues in “juke joints” across the South. The word would often be included in the titles of popular songs like Fats Waller’s “Viper’s Drag.” However, Singleton’s music, scored for violin, clarinet and piano, is not related to those genres at all. Rather, it is a slow, eerily haunting exchange of spare motifs between the musicians. “[It] is not intended to tell a story, or even to evoke images,” says Singleton. “’Jasper Drag’ is meant to be a marker on the collective memory of a nation still growing.”

The final two works on the disc are also the most recent. Both were premiered and recorded in 2013. While “Sweet Chariot” is inspired by the well-known American spiritual, Singleton offers up only glimpses of the original tune. It’s the only track on the disc to have been recorded live in performance, both astutely performed and with remarkable absence of background noise.

“In My Own Skin” for solo piano is in many ways analogous to Schumann’s fictionalized aliases Eusebius and Florestan, in which two different sonic temperaments emerge, described in the liner notes as “one deliberate, strong and measured, the other sprightly and impetuous.” It brings the disc full circle in that like the piano solo “Argoru I,” it is a study in contrasts but is quite different in its maturity of expression — not just a contrast loud and soft, but of a lifetime of contrasting aesthetic and cultural influences that come together in the singular artistic voice of Alvin Singleton.