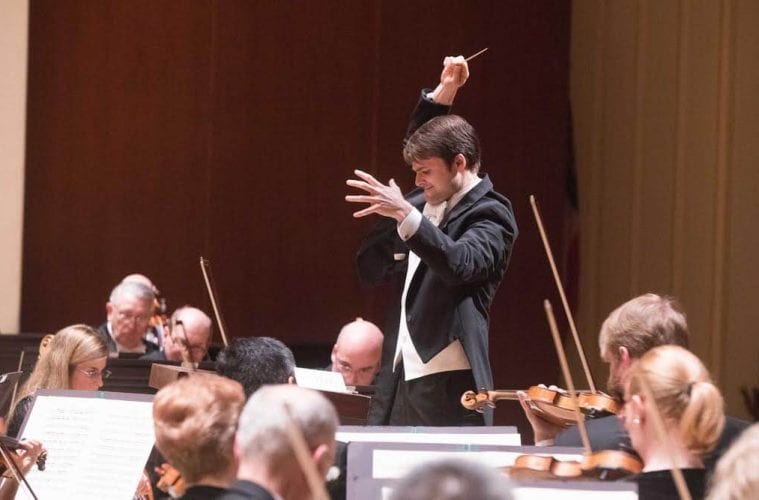 On Thursday evening at Symphony Hall the Atlanta Symphony Orchestra performed a concert of music by Tchaikovsky, Prokofiev and Richard Strauss, with ASO assistant conductor Stephen Mulligan filling in at the last minute. The performance featured pianist Behzod Abduraimov as guest soloist and will be repeated on Saturday at Symphony Hall.

Illness once again struck the ASO podium this week and caused scheduled guest conductor Henrik Nánásal to step down after only a partial rehearsal on Tuesday, the orchestra’s first for the week’s subscription series program. The behind-the-scenes story pieced together by ArtsATL, based on information from several knowledgeable sources, is that Nánásal — who was probably too ill to be present in the first place — was ordered back home by his doctor. After the break in rehearsal, Nánásal left and Mulligan took over. Word is that when Mulligan stepped up to the plate to rehearse, the ASO’s trombone section greeted the young conductor with the theme from the film Superman.

It was a musical accolade that seems warranted. This is the third time in a span of only six weeks that Mulligan has had to step in at the last minute as conductor, the first two times subbing for an ailing Robert Spano. First, he took over the ASO’s January 27 performance at intermission, then conducted the ASO in the complete program the next day at Hodgson Hall in Athens. He also replaced Spano for the entire set of performances during the first week of February. Worth adding is that at the beginning of this week, on Sunday, Mulligan also led the orchestra in a young people’s concert, “Seuss at the Symphony,” a part of his regular schedule as assistant conductor.

Mulligan and the ASO also changed much of the week’s intended program. Instead of opening with Zoltán Kodaly’s “Dances of Galánta,” they opened with Tchaikovsky’s “Romeo and Juliet” overture-fantasia. The bigger change came in the second half (at the insistent advice of music director Robert Spano), where Richard Strauss’ 45-minute “Ein Heldenleben” was replaced by another of the composer’s tone poems, the significantly shorter “Tod und Verklärung” (“Death and Transfiguration”). Mulligan had already conducted the piece this season, as music director of the Atlanta Symphony Youth Orchestra for its opening concert in early November.

From the opening of “Romeo and Juliet,” a softly played choral in the clarinets and bassoons, there was a wonderful sense of natural, on-target ensemble in the orchestra, immediately portending a great performance. Mulligan and the orchestra fulfilled that promise. Under the baton of Mulligan, who is himself a violinist, the strings sounded warmer than usual, with excellent attention to voicing among the sections, bringing well to the fore what was needed from each where the score called for it. The balance between the strings and the rest of the orchestra was also noticeably astute. The performance had power and color without overreaching into bombast. If there was shortcoming from that, it was not fully realizing a few punctuation points that help delineate the work’s structural form and impel it forward. But those instances were few. What we got overall was a clear but sumptuous performance by an orchestra that played as a close knit musical family. 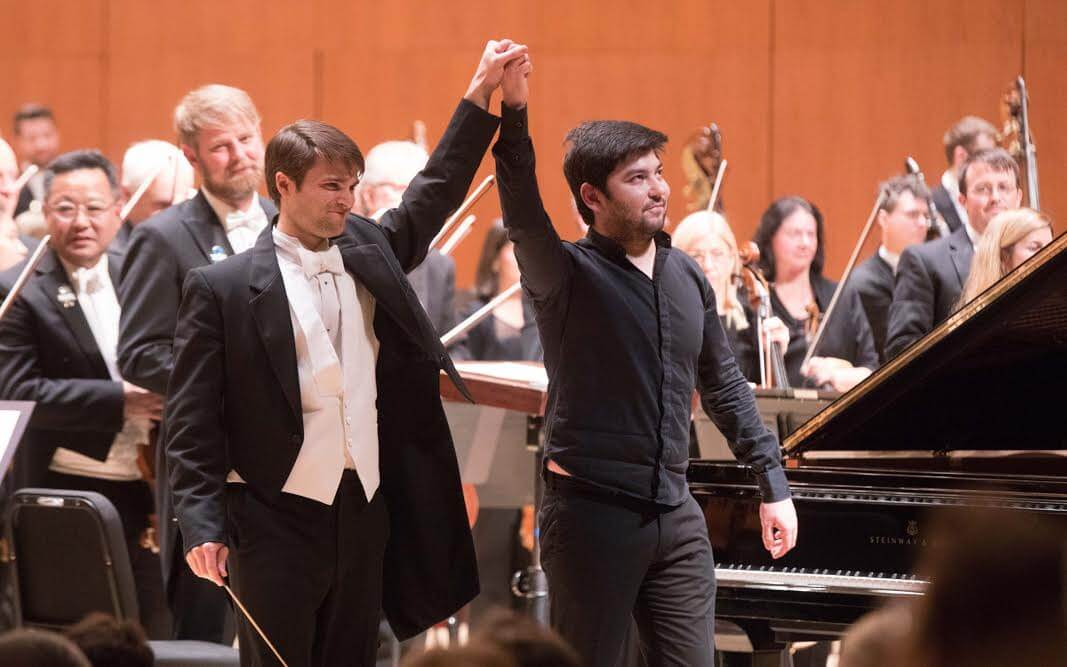 Mulligan and Abduraimov are of the same generation and showed strong chemistry.

The only repertoire that remained unchanged was Prokofiev’s Concerto for Piano and Orchestra No. 3 in C Major, Opus 26, featuring Uzbek pianist Abduraimov, who made his ASO debut in April 2012 at the age of 21 as soloist in Mendelssohn’s Piano Concerto No. 1. This week marks Abduraimov’s second appearance as soloist with the ASO. The fact that Mulligan and Abduraimov are generational peers also made the performance more interesting; one can easily imagine them collaborating in the future.

Abduraimov showed again the promising attributes he displayed at his first appearance with the ASO: an artist whose virtuosity does not depend solely upon velocity or power. This time around, his performance was more fully fleshed out and mature, as one would expect. He has technique in spades, playing close to the keys without the need for extravagant gesture, applied at the service of musical sensitivity and sensibility, with an attention to detail and emotional engagement that made the Prokofiev piece sparkle.

He and Mulligan made for an excellent collaboration, with the ASO rendering the orchestral part well beyond mere accompaniment in an exciting yet balanced way. Likewise, Abduraimov’s performance felt like he was a genuine extension of the orchestral ensemble — a true front man for the band in the best sense. There was a melding of musical minds that gave the concerto brilliance and made it the unquestionable highlight of the evening.

Aside from the indisposed Nánásal, the other prominent illness that affected the evening was concertmaster David Coucheron, who came down with the flu. He missed Sunday’s “Sibling Rivalry: Triple Threat Duos” chamber concert at Kennesaw State University with his sister, pianist Julie Coucheron, along with sister-brother violin-piano duos Helen and Michael Kim, and Kate and William Ransom. Coucheron was still ill during much of this week’s ASO rehearsals, so associate concertmaster Justin Bruns took on the role of concertmaster for the Tchaikovsky and Prokofiev in the first half of Thursday’s concert. Coucheron — perhaps through sheer determination — was back in his chair as concertmaster after intermission for Strauss’ “Death and Transfiguration.”

Although the piece (and its highly prominent violin solo) was a well-advised substitute for “Ein Heldenleben,” “Death and Transfiguration” didn’t quite get goosed up to the excitement level of the Prokofiev or the Tchaikovsky, but it was nobly and lovingly played. While there is a certain irony of Strauss’ sonic portrayal of the death of a sick artist, we sincerely prefer that our own illness-battling artists recover swiftly as this unusually virulent flu season slowly slumps to a close.