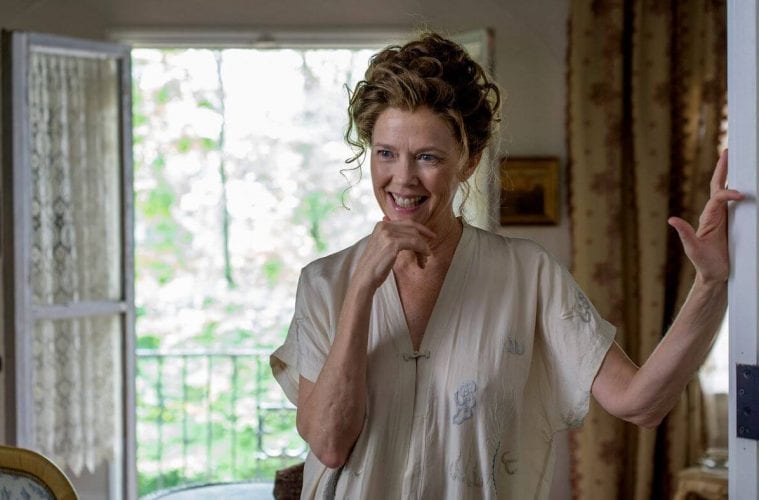 We first see Frida (Laia Artigas) from behind as she plays a game of Red Light, Green Light with neighborhood kids on a nighttime Barcelona street. It’s a significant shot, informing us of the POV strategy for the rest of Summer 1993. We’ll follow this six-year-old closely, seeing everything through her eyes over the next lazy, hot months of a quarter century ago.

The film stays in Barcelona only briefly. Abandoning the game, Frida wanders upstairs to the apartment she shared with her mother, where now a variety of adults — her extended family, though we don’t know who they are yet — sort through clothes and belongings and pack things up. Summer perfectly captures the dislocation and sense of disregard young children feel when big things happen, and the adults around them are too busy with logistics to let the kids know what’s going on. It’s a form of betrayal every child feels.

That night, Frida is bundled into a car with her uncle Esteve (David Verdaguer), her mother’s brother, and his wife Marga (Bruna Cusí, who has the everyday beauty and emotional directness of a young Carmen Maura). They take Frida to their rustic, stone pile of a house in the countryside, where they live with their younger daughter Anna (Paula Robles). Then, a lot of nothing happens, and it’s glorious. 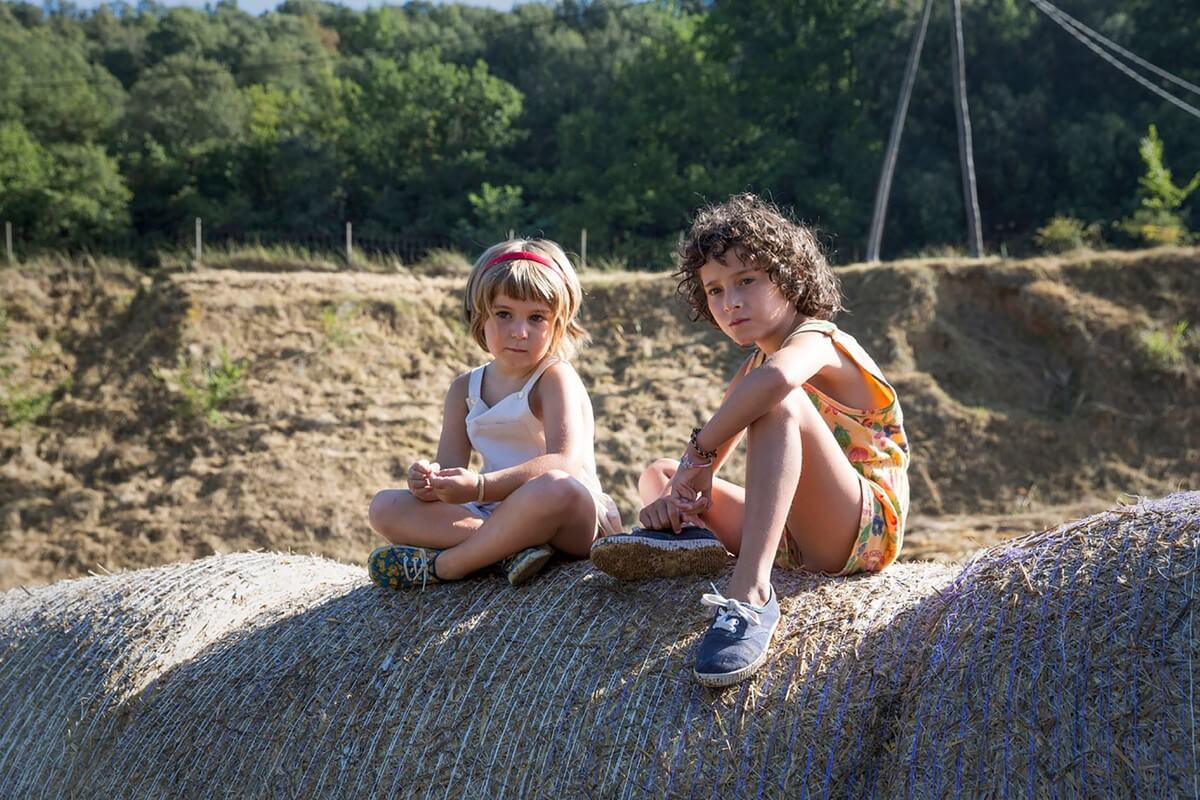 Summer 1993 beautifully captures the wonder of two kids trying to navigate the mysterious world of grown-ups and find their place.

The very young child actors playing Frida and Anna get top billing in Summer 1993 for good reason. They’re the main characters, and it’s hard to imagine the movie without their unforced, natural rapport. I don’t know how writer-director Carla Simón, in her impressive feature debut, got these performances out of the kids. The result ranks with films featuring other great child performances, like The 400 Blows, The Spirit of the Beehive and Ponette.

We follow Frida and Anna around the house and through the woods as they come up with ways to amuse themselves through the long daylight hours. They play-act being a restaurant diner and waitress. They help a neighbor gather eggs. Frida smears her face with makeup, lies down in a chaise lounge and coaches Anna to ask, “Mummy, do you want to play with me?”

For a while, we’re not sure what happened to Frida’s mom. We know she has died, and so has Frida’s father, earlier. Through conversation overheard while Marga shops at the local butcher’s, we start to piece together the backstory. Summer isn’t interested in plot, though. It’s concerned with the feeling of being very young, of trying to piece together the mysterious world of grown-ups and finding your place among them.

Movies can be very sneaky things. We immerse ourselves in them — our time, our eyes, our emotions and intellects — and in exchange for our commitment, they pay off in one way or another . . . too often in disappointment. But the best movies make us laugh our guts out, or rip tears from us as we follow the fates of people who don’t actually exist. Summer 1993 is a film that reminds me why I love the medium. By the final scene, it’s both a love letter and a gut punch, and it’s a tiny, enormous wonder.

The sort of immersive quality you find in Summer 1993 is what’s missing in The Seagull, a film version of Anton Chekhov’s play, filmed two years ago but on the shelf since then. It’s not bad. It’s just not very good. The biggest problem is that the filmmakers — Tony-winning Broadway director Michael Mayer and screenwriter Stephen Karam, also a Tony winner — don’t seem to understand what makes Chekhov Chekhov. Among other things, it’s that sense of immersion.

In his plays, Chekhov plants us on Russian estates far from the bustle of Moscow, but with rooms bustling in their own way with the entrances and exits of family members, servants, neighbors, friends and at least a couple of unrequited lovers. The Seagull, the first of the playwright’s four major full-length works for the stage, is downright top-heavy with unrequitedness.

In summary, this may sound like a door-slamming farce, and yes, The Seagull is a comedy, but of the bruised-heart kind. Chekhov sets the play over four leisurely acts, which usually take up several hours of stage time. (The movie hyperventilates its way to a 98-minute running time.) Much of the action is of the characters — somewhat like the little girls of Summer 1993 — struggling to find ways to fill the tedious, country hours.

The estate, presided over by ailing Sorin (Brian Dennehy), gets a shot of adrenalin and ego with the arrival of his sister Irina (Annette Bening), a famous actress accompanied by her equally famous boy toy Trigorin (Corey Stoll), a writer. A glorious monster, Irina loves telling everyone about the self-care regime she thinks makes her still able to play 15-year-old characters onstage. Her self-absorption makes her blind to her son Konstantin’s need for the love and approval of his mother. When he stages his latest play for her, he earns only sarcastic comments.

Like much of Chekhov’s work, The Seagull is about missed opportunities, and the film version is one itself. The tone is fractured and frantic when it needs to slow down and breathe. The filmmakers seem to lack faith in the audience’s patience. The cast is fine — Bening is indelible as usual; Moss has fun as the morose, often tipsy Masha; Stoll a magnetic but morally rotten playboy; and Ronan makes the best of her character’s final scene, as hard to pull off as Ophelia’s mad scene in Hamlet. But the movie speeds by as a series of disjointed conversations without really connecting. Only in the final moment — focused on Bening’s face as it fills for the first time with hesitation, doubt and perhaps dread, rather than the usual self-regard — is a reminder of the emotional depth charges that the play contains, and the film avoids.