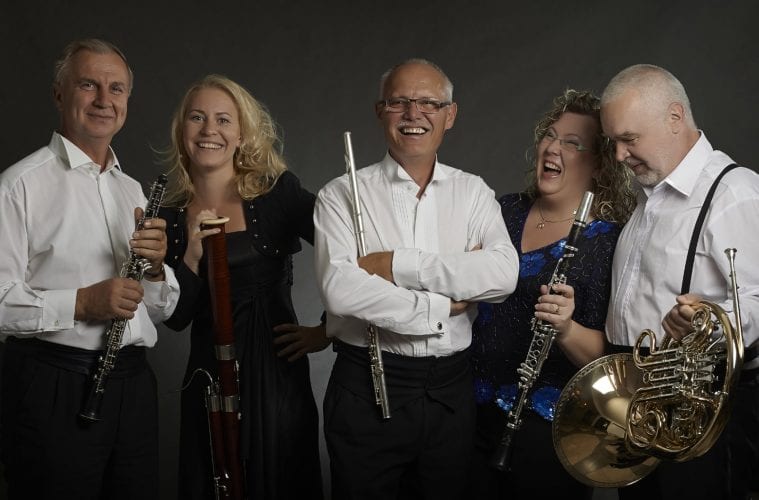 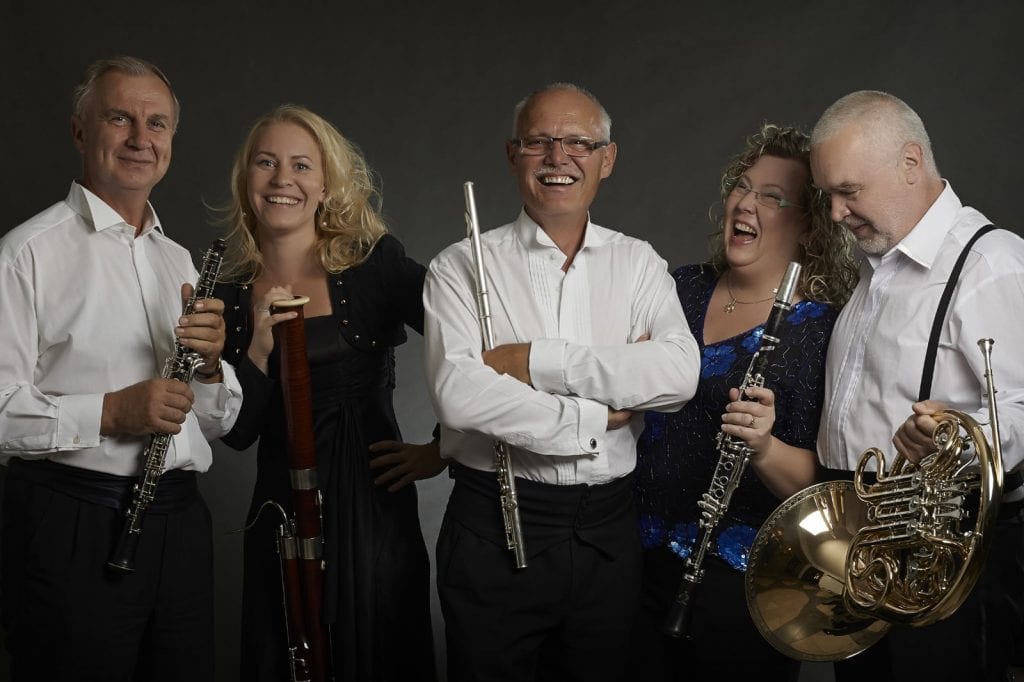 On Sunday afternoon the Suchoň Quintet made its Spivey Hall debut with pianist Michiko Otaki in the final days of their month-long first American tour. The group is a wind quintet, composed of the principal wind players of the Slovak Sinfonietta Žilina.

The original quintet was actually formed before the orchestra, in the early 1960s, while the musicians were students at Žilina’s music conservatory, but for most of its history it was known as the Wind Quintet of the Slovak Sinfonietta Žilina. In 1998, the name was changed to Suchoň Quintet to honor Slovak modernist composer Eugen Suchoň. Ján Figura, the quintet’s flutist and artistic leader, is the group’s only remaining original member. The other current members are oboist Jozef Kováčik, clarinetist Bibiána Bieniková, bassoonist Ida Chovanová and hornist Jozef Sokol.

Pianist Michiko Otaki is part of the music faculty at Clayton State University, but she has also over the years established a solid footing as an artist in a handful of eastern European countries, performing and recording with chamber ensembles such as the Graffe String Quartet and Martinů Quartet (Czech Republic), the Kodaly Quartet (Hungary), and especially the Warsaw Wind Quintet (Poland), among her other musical alliances in that part of the world. So it is no surprise to find Otaki allied in concert with Suchoň Quintet for their American debut tour. 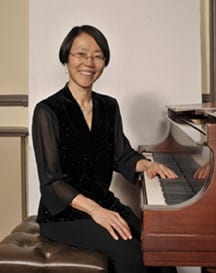 Suchoň Quintet opened the concert with the “Military Quintet No. 3” by Johann Christian Bach, the youngest of J. S. Bach’s sons, whose music is distinguished by its galant style that emphasized simplicity, melody and elegance, rejecting the Baroque contrapuntal complexity of his father’s music. They followed it with Franz Joseph Haydn’s Divertimento No. 1 in B-flat major, in which the second movement featured the tune known among hymnodists as the “St. Anthony Chorale.”

To close the first half, Figura departed and Otaki came onstage to join the remaining wind players in Wolfgang Amadeus Mozart’s Quintet in E flat major for Piano and Winds, K. 452. In a letter to his father shortly after the premiere, Mozart himself opined that the quintet was, at the time, the best music he had ever composed.

The performances of the Bach and Haydn works were credible, but somewhat ordinary, threatening to give the concert a certain patina of quaintness. With the Mozart, the performance felt on much more solid and expressive ground. Fortunately, that more engaging feeling would continue to rise through the rest of the concert.

The second half opened with the Serenade for Wind Quintet, Op. 5, by the group’s namesake, Eugen Suchoň. Suchoň was born in 1908 in Pezinok, a city near Bratislava in what is now southwestern Slovakia. He began the study of piano at age 12. He went on to complete piano and composition studies at the Academy of Music in Bratislava, graduating in 1931. He composed the serenade in 1933.

Suchoň and his music are not particularly well known to American audiences, but in Slovakia he is an important name in 20th-century music and is considered the founder of “modern nationalist” Slovak music. With the recent rise of interest in cultural nationalism in Europe overall, it’s very likely we will hear more of Suchoň. The serenade came across as very much in league with the tonal modernisms of early 1930s Europe.

The final listed work on the program was the Sextet in C Major for Wind Quintet and Piano by Francis Poulenc, from the same era as the Suchoň piece. Poulenc’s sextet is a significant tour de force among works for the winds-and-piano genre, thoroughly integrating the play between the winds and the piano. It was the highlight of the performance, with its signature Poulencian energy and verve.

The musicians came back to play an encore, the “Gavotte” movement from the Sextet for Piano and Woodwind Quintet by late 19th-century Austrian composer Ludwig Thuille. Written in 1888, the sextet is not only Thuille’s most performed work, but the only one to retain a place in standard classical repertoire. The sprightly “Gavotte,” however, is the sextet’s most unique feature, a substitute for what is typically the place of a scherzo. It proved a suitably charming encore to the overall mix.