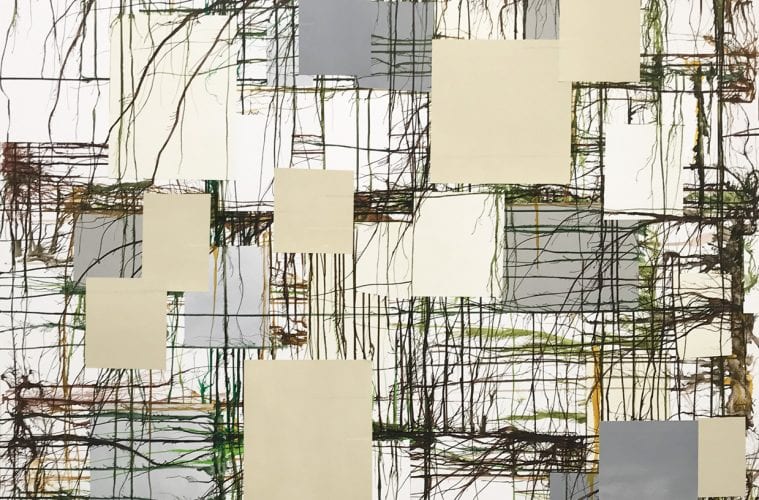 In Grass Roots at Day & Night Projects through October 27,  Steven L. Anderson has used the gracefully entangled form of roots as a basic shape with which to explore different methods and drawing media. One finds ink, acrylic and collaged paper in The Cycle Between Past and Future and the same materials plus marker and spray paint in Just Like a Flower, Only Stronger. The latter piece is a semirealistic portrayal of how roots are able to push aside buildings’ sturdy wall paneling — or crack it open — as in This Is Our Politics. As the titles imply, these works are about more than just botany, although the symbolism is seemingly still being worked out. 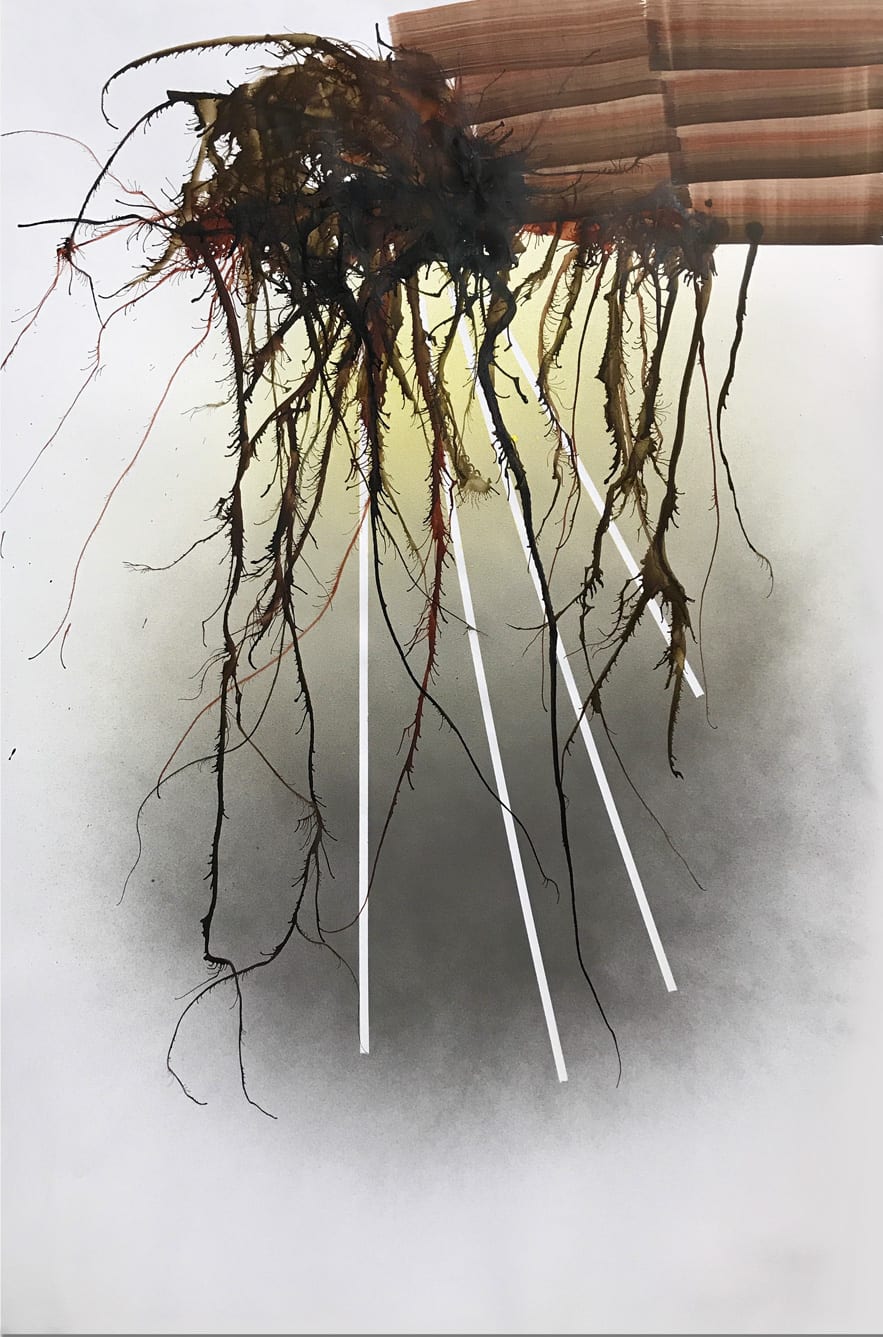 Steven L. Anderson, Just Like a Flower, Only Stronger

The show illustrates the ambiguity in the art world’s use of the word “project.” The name “project space” has come to mean a gallery devoted to experimental work that cannot be sold by virtue of using transient materials or being specific to the site, but these works are often fully completed projects. The term can also refer to a venue presenting artworks that are individually ready for exhibition but are only a part of a larger unfinished project.

The latter definition applies to gallery codirector Anderson’s own solo show, and he emphasizes this by posting preliminary drawings for the finished works on the wall outside the gallery entrance. The new work signals a departure from his longtime signature style, which involves detailed renderings based on tree rings, but its theme is a related one; the paintings and works on paper in this show are explorations based on scientific diagrams of root structures. 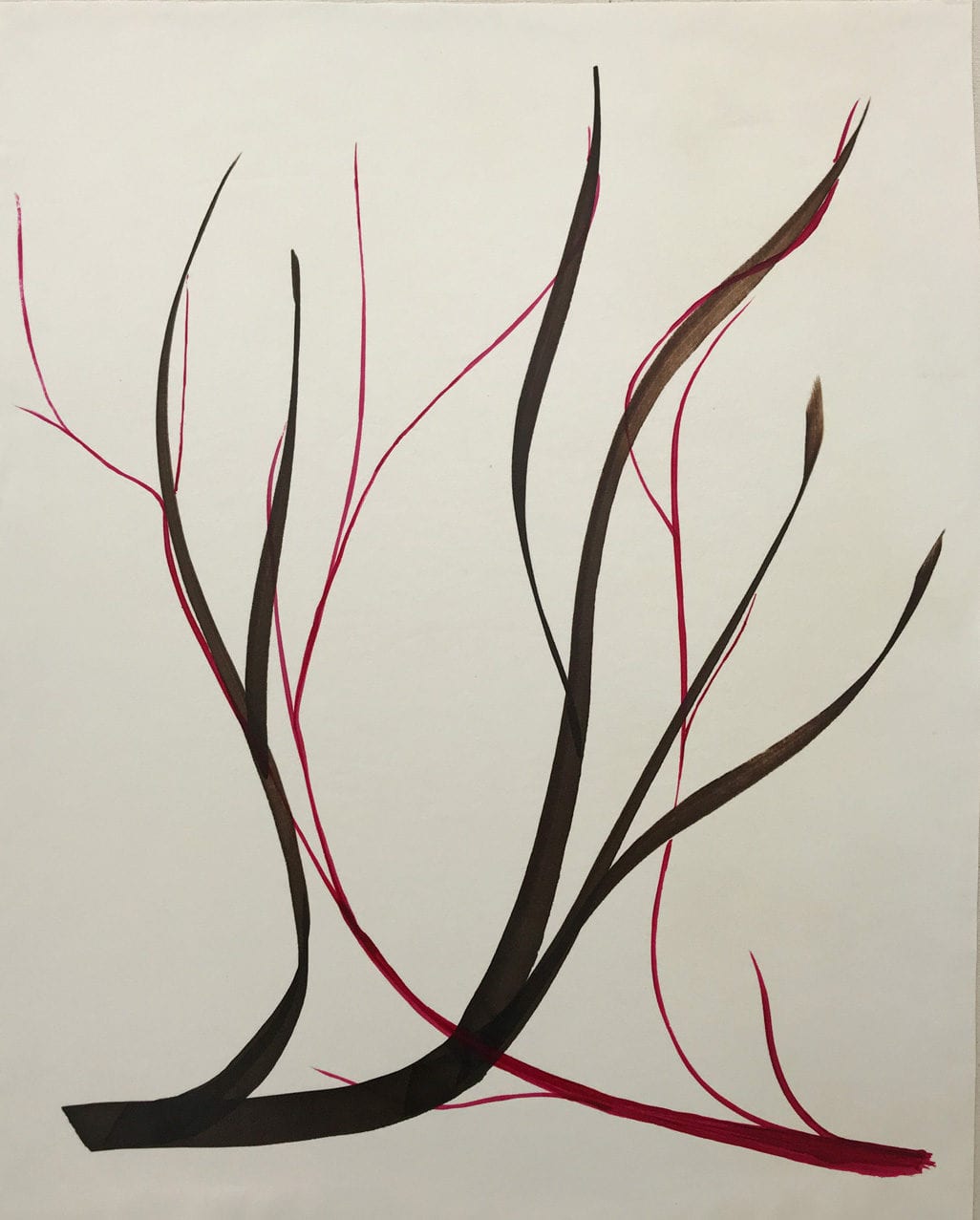 Steven L. Anderson, What Other Than Nature Is Significant?

The resonantly titled What Other Than Nature Is Significant? is the most purely abstract work in the show, and one standard answer to that question is “culture,” in the sense of the things that human beings make that alter the world. Most world cultures would add supernatural elements to the mix of nature and culture, but none of these associations are in the artwork itself, with bold strokes imitating the basic shape of roots spreading outward. Combined with his arresting images, Anderson’s titles encourage participation in interpreting possible meanings. Learning that he is “hoping to bring a whole new way of seeing the world, which can open up new ways of seeing our human systems” helps confirm the hints given in the titles. And learning that Anderson has taken the titles from phrases in books that rethink the environmental question, such as Donna Haraway’s Staying With the Trouble, is significant but not essential, because he doesn’t tell us which book gave rise to which title. 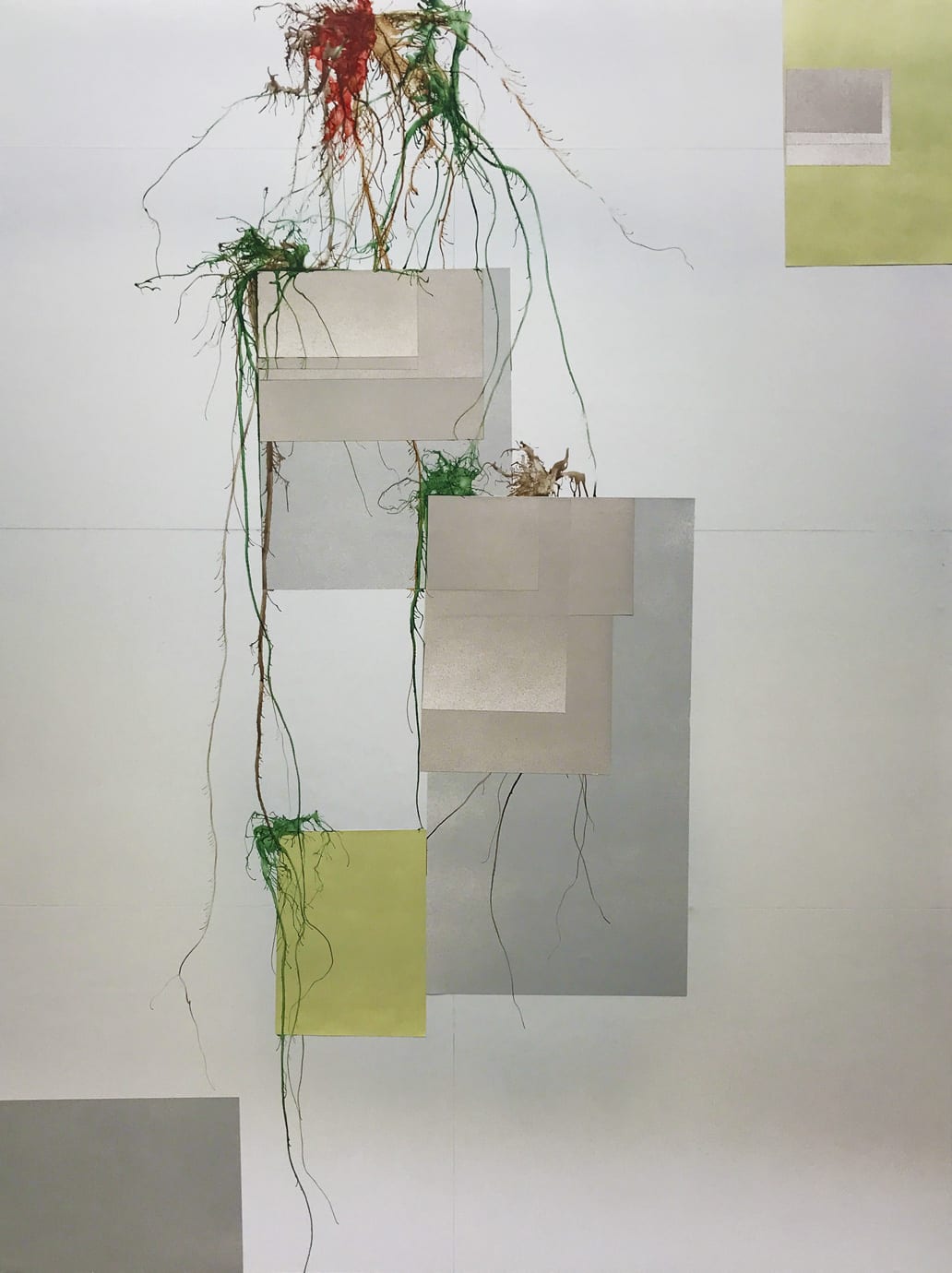 Steven L. Anderson, Love Is an Energy of Possibility

Of course, the visual power of the individual works are what make viewers inclined to extract meaning from them in the first place, and there is just enough connection between various pieces to suggest an emergent agenda. Love Is an Energy of Possibility is a beautiful title for an even more beautiful painting of root clusters and the rectangles of modernist abstraction, and the two together are enough to make me, at least, want to ponder what the combination is meant to imply. 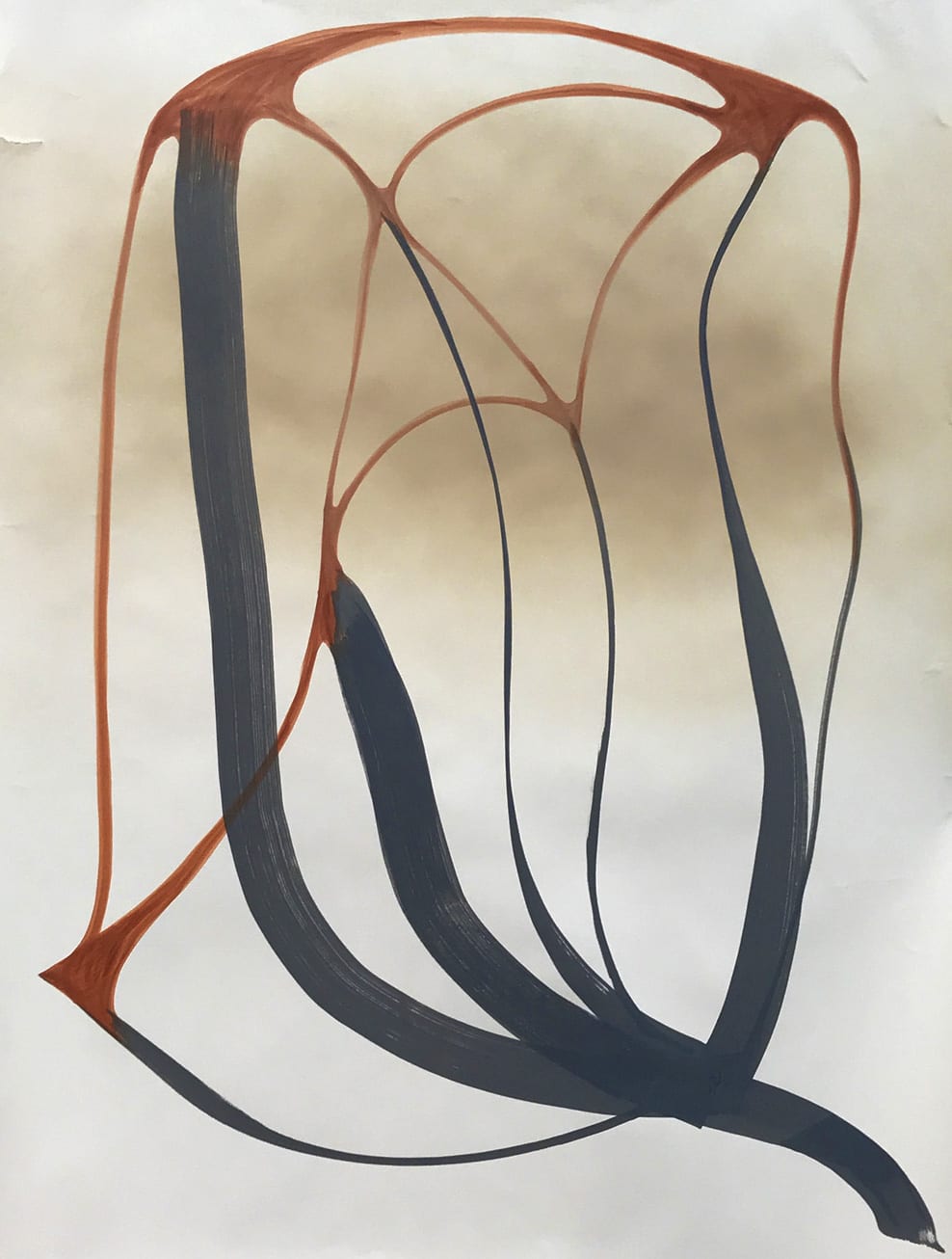 Steven L. Anderson, We Are All One Complete Allness

Not all the pieces in the show are unequivocally fascinating, and some might even be regarded as unresolved, but that is what makes this a project rather than a full-fledged exhibition. Anderson has returned to methods of making he had ceased to explore some years ago, such as using rubber-stamp root images in The Memory of Light, or using the compressed air of an empty paint sprayer to spread the ink of the root shapes that meander around the modernist grid in The Cycle Between Past and Future. He is developing a whole new set of ideas about how to express the unity of nature and its entangled relationship to human society, implied by such titles as We Are All One Complete Allness. The fact that these works go off in as many directions as roots spreading out from a single plant should be regarded as part of the still-developing process.

Anderson will give an artist talk and host a family drawing workshop at Day & Night Projects on October 20, 12–3 p.m.