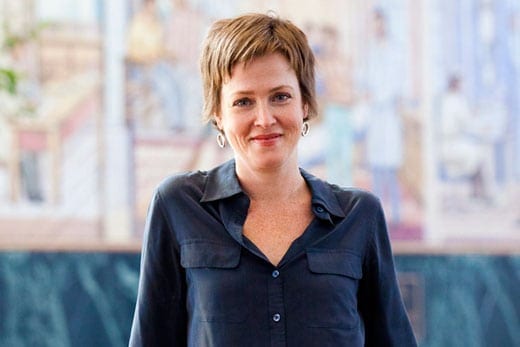 In any given year, one can listen to the clatter of city traffic and ask why human life is so mysteriously painful and beautiful. In her sublime novel Accidents of Providence (Houghton Mifflin Harcourt), Stacia Brown places the question on the lips of characters living in London in 1649.

The book, a 2014 Townsend Prize finalist, is by turns a taut courtroom drama, a desperate love story and a sober study of ideas on religion and the characters’ sense of whether their lives have purpose.

A compelling variety of characters walk through its pages, and Brown tells the story through their varied points of view. The main protagonists are Rachel, who works as an apprentice glove maker, and Bartwain, the ambivalent investigator who examines whether she should be charged with the murder of her newborn baby, and wonders if he is making a mistake.

The depth of some of the secondary characters adds complexity to the novel. A talented rebel leader, for instance, is driven to save the world, ruthlessly in pursuit of that bright future while ignoring some of the needs around him, but ultimately he is sadly human and disappointed. A wife who clearly loves her husband of many years, takes care of him, cooking him special dishes, even as she grows irritated at his blind foolishness.

A timeless motif that also weaves through the fabric of the story is the treatment that women endure from men, their husbands or otherwise. Although the clearest example is Rachel, the lives of all the women in the book are affected, if sometimes in subtle ways. he author studied religion and history and has a strong knowledge of London during the Puritan dictatorship. Boxes of research can threaten to bog a book down, especially when the writer wants to make sure the reader gets every fascinating detail. Perhaps a few readers will wish for less historical detail, but most will appreciate how Brown has brought alive the chaos of London in a dangerous period.

The beauty of language at times approaches the lyricism that turns any writing into poetry. We hear it in the lovely but ominous phrase “She was watching the soldiers circling, the way they breathed and blew like eager little gods,” and in an old man pondering the young ones who will take his place, “planting their shiny boots in the face of the old days.”

The story grows naturally out of the setting, with its religious controversies and the English Civil War, and the characters belong very much to the time they inhabit. Yet they seem so profoundly human that they might be sitting next to us on the bus or in a restaurant. Through Rachel, we can walk the streets of London, smell the smells of the city and wonder whether miracles are still possible.