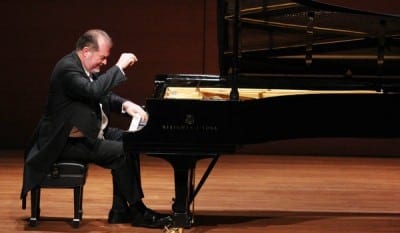 Self-produced home labels represent an important piece of the new model that orchestras are evolving to keep classical music visible as well as vibrant in the 21st-century cultural scene. The drawn-out saga of EMI’s demise brings just the latest reminder that the old paradigms governing the marketplace for recorded music have long since become obsolete. The prominent orchestras that have taken the do-it-yourself approach to recording include those in San Francisco, Chicago, St. Louis, Boston, Toronto and Cincinnati.

It hasn’t even been a year since the Atlanta Symphony Orchestra joined this club, but under Music Director Robert Spano it has already released a third recording on its independent record label, ASO Media, which is distributed by Naxos of America.

The first two releases focused on such “Atlanta School” composers as Jennifer Higdon, Michael Gandolfi and Christopher Theofanidis and also included the late Peter Lieberson’s “serene, bittersweet” music, as Pierre Ruhe aptly describes it. But the latest effort — available in CD format or as a download — returns to familiar repertory to offer an all-Rachmaninov program. (ASO Media curiously opts for the British transliteration, even though the composer himself preferred the spelling “Rachmaninoff,” so I’ll stick to the former variant to avoid confusion.) 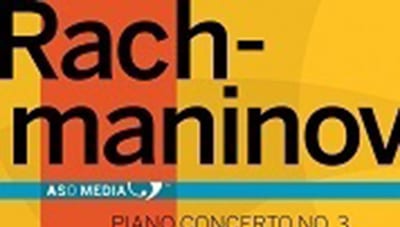 Don’t be fooled by the dull cover design. There’s not the slightest whiff of routine, of dutifully retreading old ground, on this recording. Most exciting of all, the ASO reaffirms that a significant contribution can still be made even with pieces that are hardly underrepresented in the catalogue, such as Rachmaninov’s Third Piano Concerto. The recording couples the concerto with the “Symphonic Dances.”

Spano proves himself especially suited to this repertory and elicits performances from the orchestra that marry a grippingly coherent vision of each work with engagingly rich detail. Overall, it makes for a substantial portrait of a composer who in some respects is still underrated — too often the victim of outdated, kitschy stereotypes of his musical personality.

It’s hard to believe that pianist Garrick Ohlsson had never previously committed “Rach Three” to disc. (The recording was made in Atlanta’s Symphony Hall in September 2009.) His deep grasp of the concerto’s many facets is perfectly allied to a formidable technical confidence that avoids showy self-consciousness. Because of the Australian film “Shine” from 1996 — where the score is practically a protagonist in its own right — the concerto got a new burst of popularity but also became saddled with a ridiculous emphasis on its virtuosity, which the film dramatizes as the trigger for a severe nervous breakdown. Ohlsson shows it to be a work of dazzling invention, with emotions and musical connections bursting forth from the dour gloom of the simple, chantlike melody that sets it all into motion.

The pianist attacks the massive first-movement cadenza with thrilling, thunderous muscularity, but it also emerges as a brilliant structural component within the musical architecture. And the spark-inducing fireworks here are just one part of the diverse spectrum Ohlsson explores in this music, from touchingly eloquent reflection and ecstatic flights of melody to the giddy scherzo digressions in the second and third movements.

This is also collaborative music-making at its finest, with tangible give-and-take between Ohlsson and the orchestra, while Spano balances tension against relaxation much like a master cinematographer. Aside from a few blurry moments in the finale, the sound engineering is splendidly integrated and mixed, capturing nuances even in passing accompaniment gestures from both Ohlsson and the players.

Wagner’s famous definition of composition as “the art of transition” might apply just as well to conducting. It’s certainly evident in Spano’s approach to “Symphonic Dances,” recorded in June 2011. And the conductor’s own immersion in “The Ring” seems to have left a trace or two, as in the Wagnerian heft he uses to shape phrases from the lower strings. When the first movement’s driving main theme re-emerges, after the gorgeously drawn-out pathos of the famous saxophone-led interlude, it has a subliminal pull that’s all the more astonishing for the intense contrast.

This rare late-period achievement is often thought to represent a pared-down, more austere style on the part of Rachmaninov, but Spano makes the score’s splashes of color especially vivid, with delectable contributions from the ASO woodwinds. The middle movement comes across as a scarily hallucinatory but seductive vision, while the conductor teases out connections between the seemingly fleeting episodes of the finale. It’s not surprising that Spano has made this piece a calling card when touring with the ASO. And now we’re lucky to have it captured as a recording.