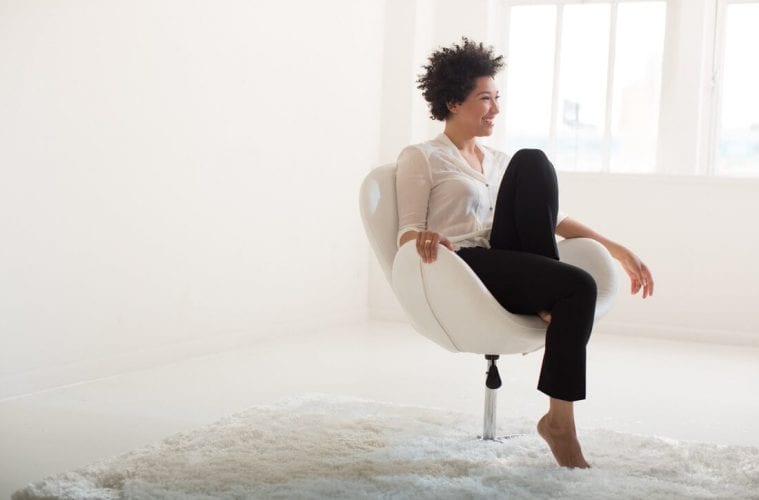 Soprano Julia Bullock has a dilemma. Opera is all about stereotypes aka fach — role classification based upon a classical singer’s vocal and sometimes physical attributes. (i.e., Does she look more like a strapping Brünnhilde or a dainty nymph?)

Bullock’s light, yet earthy sound, prettiness and petite stature place her squarely in the middle of a group of singers the likes of Dawn Upshaw, Barbara Bonney and Kathleen Battle. She’s a shoe-in for operatic roles like Pamina (Mozart) and Mélisande (Debussy). And yet, Saturday night at Spivey Hall, Bullock and pianist John Arida presented a recital that revealed a singer who is musicologically driven and a little rebellious.

Bullock began with a set of four Schubert lieder that included “Suleika I” and “Seligkeit” with a stage persona that was not the slightest bit superficial. Her pensive, nonpresentational style was underscored by the fact that the duo situated the piano just left of center, angling the piano keys toward the audience while Bullock stood further back.

As the evening wore on, Bullock explored a theme of female icons, beginning with Samuel Barber’s Hermit Songs, which were first interpreted by Leontyne Price, a woman who paved the way for subsequent African American opera singers. Bullock transitioned seamlessly from the words of Goethe to those of bawdy medieval monks. Tempi were surprisingly languid, especially within “Sea-Snatch” and “The Heavenly Banquet,” but Bullock’s commitment to the text and clarity of diction justified the choice.

Gabriel Fauré’s song cycle La Chanson d’ève opened the second half. It was poet Charles Van Lerberghe’s response to Milton’s Paradise Lost and a tribute to Eve (not Adam) as she discovers and names several elements within God’s creation, eventually comprehending a pantheistic view of God within the song, “Comme Dieu Rayonne.”

Arida played the first two Bach-like strophes simply, eventually bringing forth the opulence of the last section as Bullock proclaimed, “Comme il se baigne dans la lumière avec amour, mon jeune dieu!” (“How he bathes himself in the light with love, my young god!”), and the two seemingly independent voices shifted from a minor tonality to gleaming C major.

However, Bullock’s final song group made her quandary exceedingly evident. Bullock is too intellectually curious and passionate to play the ingénue. So she didn’t. She constructed a recital program that looked conventional at the outset but didn’t feel conventional in the least.

And she capped it off with the blues — songs of hard living and social uprising — although her voice and refined phrasing were too exquisite to adequately convey their coarseness. Bullock sang Bessie Smith’s 1922 hit “Downhearted Blues” while pianist Arida provided an improvisational postlude laced with ragtime that served as a segue to Billie Holiday’s “Our Love is Different.”

One of the final songs, an unaccompanied version of Nina Simone’s 1969 anthem “Revolution,” made one wonder whether Bullock might begin an artistic revolution of her own, defying classification and reminding us of the women who came before.