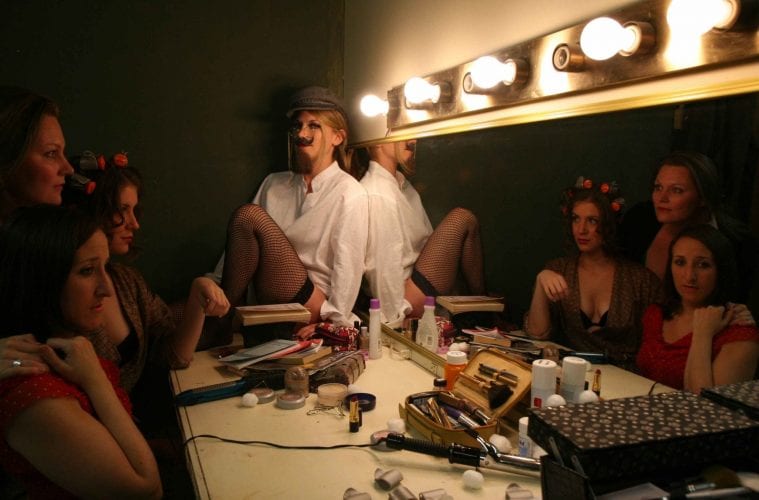 Review: Smart and sharp, “Anton in Show Business” is a hilarious and well-acted gem of the season 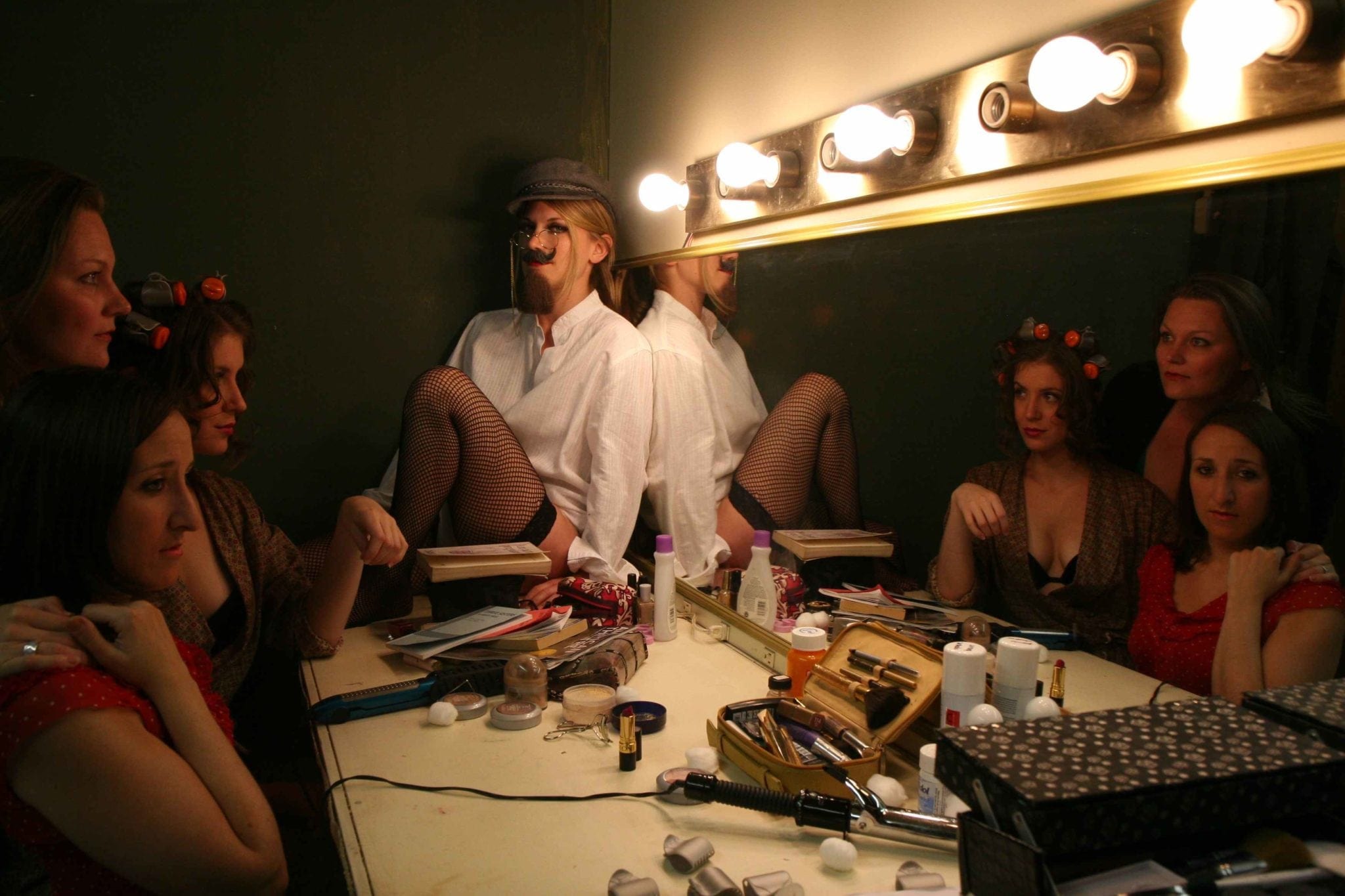 The all-female cast of “Anton in Show Business."

Plays dealing specifically with theater run the risk of being too self-referential, too full of “in” jokes for non-theater types to appreciate and fully savor. Fortunately, playwright Jane Martin’s gem “Anton in Show Business” takes delight in poking fun at life in the theater but never forgets that it has an audience in front of it.

Director Veronika Duerr’s smart version of “Anton” is running at the New American Shakespeare Tavern through August 21, by virtue of the Weird Sisters theater project, and it’s well worth seeing.

The set-up is simple. A small theater in San Antonio is staging Anton Chekhov’s classic “Three Sisters.” Actresses Lisabette (Jaclyn Hofmann) and Casey (Megan Rose Houchins) meet as they wait to audition. Casey is a stage veteran, almost the queen of unpaid theatrical gigs. Lisabette, a former teacher, is a novice.

The dual audition itself doesn’t go that well, and both Casey and Lisabette mouth off at the director. But Holly (Kelly Criss), a TV personality and actress attached to the project, doesn’t like the way the two were treated and insists that they be part of the cast. Once the performers are set, producer Kate (Taylor M. Dooley) goes about the process of staging the show, changing directors at an alarming rate.

Holly is not there out of a profound love of the stage. Actually it’s her first play, and she has been advised by her agent that doing “serious theater” will be her springboard into movie work.

From time to time, a young woman in the audience named Joby (Rachel Frawley) stands up and asks questions of the cast, sometimes in mid-scene. Eventually we learn that she’s a critic, which makes the performers even more wary of her.

“Anton in Show Business,” which was last performed in metro Atlanta at the Neighborhood Playhouse in Decatur almost a decade ago, is a play that seems underappreciated. It offers juicy roles for its cast and contains many droll moments, taking digs at Actor’s Equity (“they see to it that no more than 80 percent of actors are unemployed at the same time,” quips the stage manager), off-Broadway and regional theater, creative differences and actor insecurities. As the stage manager also points out, 80 percent of the roles in American theater are played by men and 90 percent of the directors are men. Defying that statistic, in “Anton,” seven actresses play all the roles, male and female.

Duerr, a talented actress herself (she received a Suzi Bass Award a few years ago for her performance in Theatre in the Square’s “Tradin’ Paint”), gives the production a brisk take in her first outing as a director. For the most part, she draws sharp performances from the cast, many of whom play multiple roles.

Tiffany Porter etches three characters finely, from stage manager to racist director to a donor not really understanding the art his company gives money to. Annie York does similarly, and is especially vivid as a know-it-all Russian director. Criss is also a standout. Her timing is perfect: she realizes that the lines themselves are funny enough and doesn’t overplay them. She also balances Holly’s contradictions well. One moment she’s a warm mentor; the next she makes it clear that nothing and nobody stands above her career.

If Dooley goes slightly over the top as the producer, she’s a marvel as Ben. He’s a soft-spoken country music type, also in the “Sisters” cast, who falls for Holly despite a loving wife and family back home. The transformation that Dooley makes from Kate to Ben often comes quickly, and the two characters are nothing alike.

Hofmann’s Texas drawl, alas, is way off and throws the play off-kilter at times, and the character of Joby, the woman in the audience, seems a little superfluous. But this is a keeper. In the dead of summer, a small show like this can get lost. It shouldn’t. It offers some of the best laughs and acting of the season.