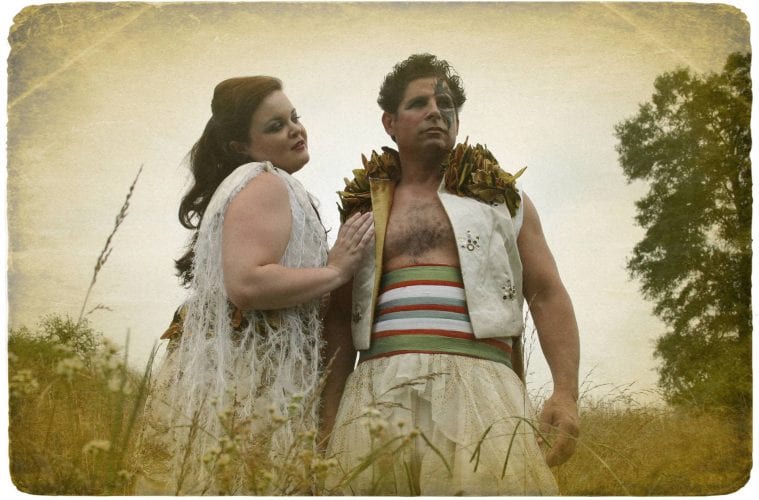 Review: Serenbe Playhouse’s “A Midsummer Night’s Dream” wilts under the heat of the night 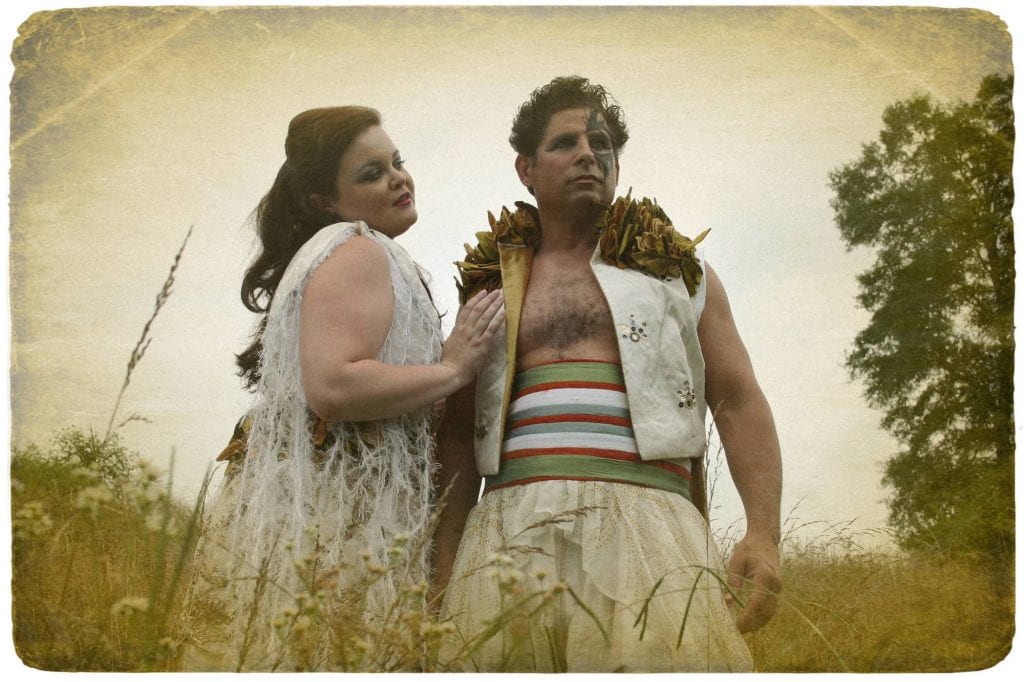 This midsummer, most Atlantans probably desire nothing more than to stay inside and as close to Arctic-level air conditioning as possible. The Serenbe Playhouse has a different vision: to lure theater-goers to an outdoor production of Shakespeare’s “A Midsummer Night’s Dream,” running through July 15. But in spite of some inventive elements and energetic performances, the “broad audience” targeting and occasionally clunky production don’t make the trip into the sauna of Georgia heat worthwhile.

Director Brian Clowdus moves the setting to the 1950s. It’s cute to have Theseus enter and exit in a purring vintage car, and the ’50s songs played before and after the show are evocative and surprisingly fitting. The same ’50s musical numbers are sung by the cast at opportune moments, but they don’t add enough to merit their inclusion. And given an outdoor setting, the effect doesn’t entirely add up: if the mortals are ’50s teenagers, who is Theseus? And why is his betrothed Hippolyta hanging out with Oberon?

The action is set in two places. We begin in a clearing, which is Athens for the first 10 minutes of the show, and then move into the woods for the lovers’ flight. Not terribly problematic, but it presents some logistical problems. It feels awkward — and hot — shuffling in a group from one place to another, and the action in the woods seems to have already started when we get there, with some audience members having to pick their way through seating and performance areas to find a spot. That could already take awhile, but the show’s creators have thrown in some (shudder) audience participation too, with fairies whooping it up, addressing viewers, mischievously snatching away their programs, and so on. It made for a hot, long moment of transition.

Once the audience settles into place, things do pick up, especially with the four mismatched mortal lovers. Their entrances and exits are nicely done, and their wranglings and confusions genuinely funny. The women are especially adept with the jokes about Hermia’s shortness. It’s some of Shakespeare’s funniest stuff, and actresses Erin Burnett and Laura Floyd dive right in.

But, overall, the humor is a little too broad. Hermia is geeky and awkward in cat-eye glasses; the fight between Lysander and Demetrius becomes a TV wrestling brawl. Things are just too big and sweeping, as in children’s theater.

There are some deliciously weird moments in Caitlin Reeves’ portrayal of Puck. Her Puck is something of a weirdo outsider, even in the fairy kingdom. “I’ll be an auditor, and an actor, if there be cause,” she says when she sits down to listen to the mortals. She believably crosses all lines, even the meta-textual, for a bit of fun. Her Puck is quick-witted but has a comically short attention span. She’s momentarily distracted by the way her belt is tied when eavesdropping on the mortals. When things get a bit more sassy and violent, she finally looks up, delighted. She rests her head against the sleeping Hermia’s chest and then announces, “Pretty soul!” But the nicely idiosyncratic performance is never really focused or reined in and often crosses the line into scenery chewing.

The removal of most of the Bottom subplot wisely keeps things short and sweet. It’s a part of the play that can often feel a bit tedious, though we do lose the final play-within-the-play, which can be one of “Dream’s” funniest and most satisfying bits. Above 90 degrees Fahrenheit, though, it won’t be too terribly missed in an outdoor performance.

Serenbe’s “A Midsummer Night’s Dream” will make a nice midsummer diversion for those close to the playhouse, but it’s probably not worth the long drive or the night out in the heat for those farther away whose dream is to keep their midsummer cool and comfortable.