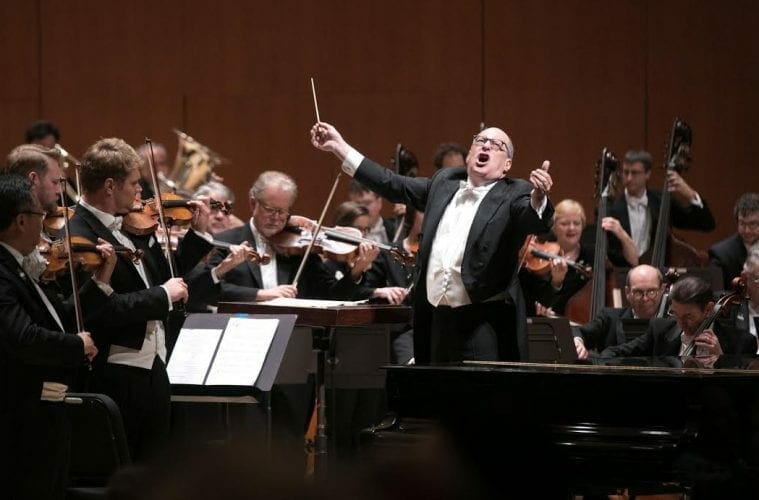 Robert Spano concluded his two-decade tenure as ASO music director with a concert that featured hope and optimism. (Photo by Jeff Roffman)

The Atlanta Symphony Orchestra brought its 2020–21 Behind the Curtain concert series to a joyful, yet peculiarly poignant conclusion with two pieces that explore the fragility of human existence through the bright, hopeful eyes of children. The event marked the house return of the largest contingent of instrumental forces heard at Symphony Hall since COVID-19 arrived — all in excellent form under Robert Spano, who was making his final appearance as the orchestra’s music director. Next season, he’ll begin his tenure as music director laureate. The ASO has not yet announced his successor.

Samuel Barber’s Knoxville: Summer of 1915 must be one of the most moving works in the American canon. Based on the prose-poem by James Agee (written as a freestanding piece in 1938, though it later became more widely known as the preamble to Agee’s Pulitzer Prize-winning novel, A Death in the Family) the work presents a nostalgic description of a hot summer evening by a trusting child. Remembrances of familial love and security morph into musings on mortality and impermanence in a 15-minute narration that grows ever more profound.

As the young unnamed narrator, soprano Jessica Rivera displayed a lovely lyric voice graced by an easy fluidity in the upper register. Rivera’s sensitive word-painting was unfussy and intelligently rendered, and she made a lovely thing of the notoriously difficult passage “Now is the night one blue dew,” which has brought grief to more than one interpreter. The child’s final plea for identity was heartrending. Spano and the ASO wove an aural blanket of lilting, summer ambiance as ingeniously suggested in Barber’s score. 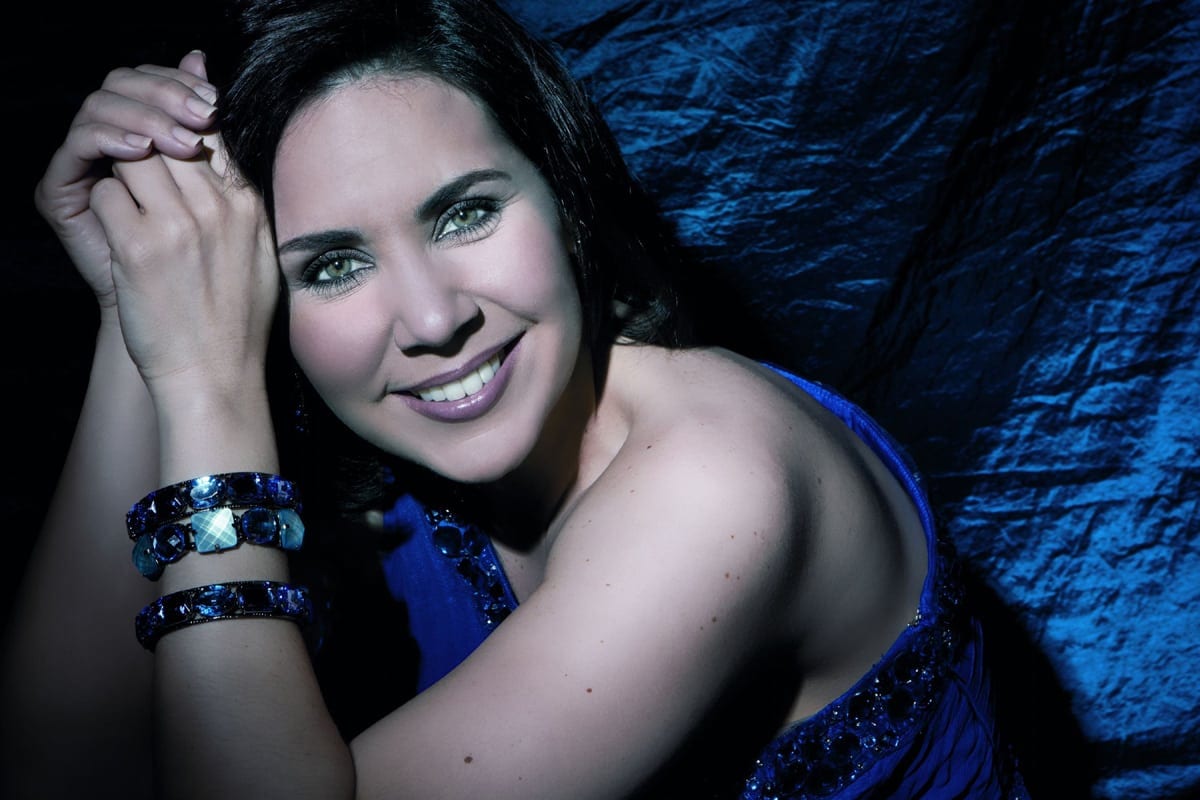 Gustav Mahler’s Symphony No. 4 had been announced in a reduced chamber version, but the easing of pandemic restrictions happily opened the door for a performance of the full score. The Fourth is one of the more lightly orchestrated of the composer’s symphonies, but we are still talking Mahler here — there are more than 70 players involved. The work premiered in 1901, and as with his earlier symphonies, draws upon melodies first composed as song settings for the collection of German folk poetry Des Knaben Wunderhorn. One of those earlier songs “Das himmlische Leben” forms the basis for the symphony’s fourth movement, as a soprano soloist describes a child’s vision of heaven.

There is a touching allure in the symphony’s first movement as its ostensibly naïve melodies ripen through an increasingly complex orchestral texture that elevates them into something quite special — rather like nursery music in excelsis. Atlanta’s players captured this deceptive simplicity beautifully before moving into the rather darker scherzo in which Death essays a disquieting dance on his fiddle, a mesmerizing interlude delivered by concertmaster David Coucheron on an alternate violin tuned up a step for the purpose.

The thrill of hearing the symphony in full orchestration was abundantly clear as the players coursed through the third movement’s solemn march and mammoth climaxes. Rivera then rejoined the orchestra for the glittering final movement as a child fairly gloats about the glories of heaven compared to all the pain we slog through here on Earth. This tricky movement can become a trifle coy in the wrong hands, but Rivera handled the ingenuous description of juicy grapes and delicious, crisp veggies with a guileless charm that was irresistible.

Spano guided his players through the affective layering of these pieces with precision and insight, most notably in his response to the sweeping emotionalism in the third movement of the Mahler.

The concert was creatively presented for the screen with projections of vintage photographs of turn-of-the-century small-town life in the Barber, while the Mahler brought sepia-toned suggestions of the cosmos, which then burst into vivid color with the final movement’s celestial imaginings. The ASO’s banner media production team got its well-deserved due with a delightful, filmed montage of the various technicians at work, concluding the program.

Film director Hilan Warshaw spoke in a brief interview of what he perceptively termed a “Mahlerian progression” created by the unexpected allowance for a full cadre of performers onstage just as this challenging season reached its finale — an interesting bit of synchronicity. It felt almost mystical, as well, that this of all seasons concluded with music that alludes to the ephemeral nature of the human condition yet does so with such childlike optimism one can’t help but feel that everything is going to be OK. We are still here, and the music is, too.

The concert is available to stream for the next 30 days.