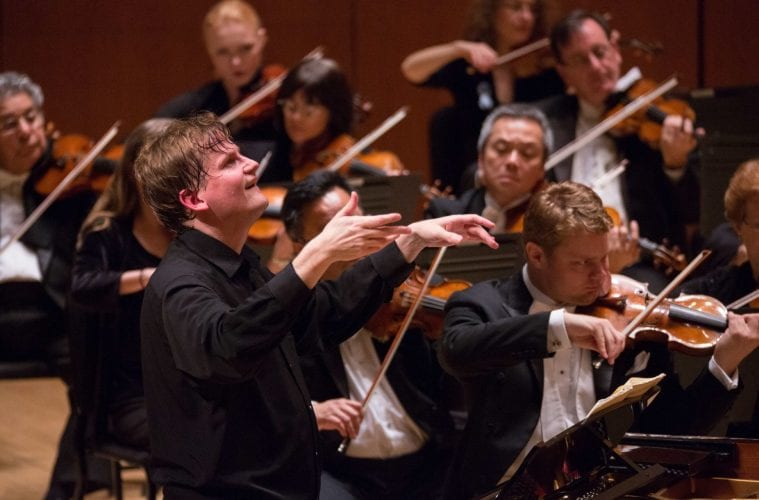 Review: With pianist Olli Mustonen at the helm, ASO plays with energy and presence 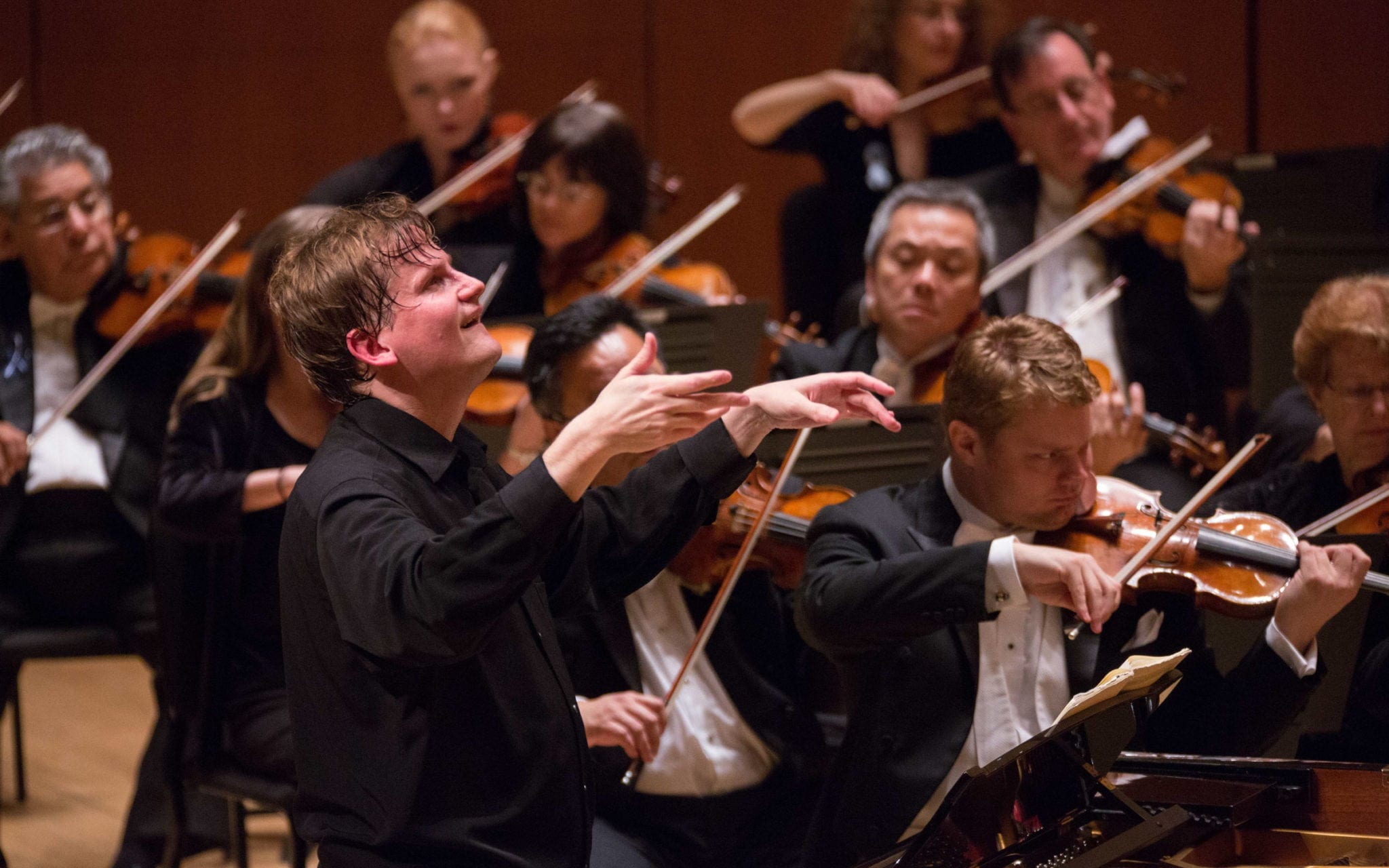 Olli Mustonen did a triple-threat with the ASO — performing, conducting and playing his own composition. (Photo by Jeff Roffman)

On Thursday evening guest conductor, composer and pianist Olli Mustonen both led the Atlanta Symphony Orchestra and performed as soloist in a concert of music by Beethoven and Prokofiev, plus one of his own compositions. The program will be repeated this evening at 8 p.m. in Symphony Hall.

Biographies of Mustonen tend to open by stating how he has a fairly unique place in today’s classical music scene, appearing as composer, pianist and conductor, and in some cases — as in this concert — in all three capacities.

That may be true since specialization has reigned from the late 20th century to the present. But if you look at classical music history, the same can be said of great names from Beethoven to Aaron Copland. Perhaps it is better said that Mustonen is extending one of the genre’s nobler traditions.

As an example, Thursday’s concert opened with Mustonen conducting his “Vanha kirkko Petäjävedellä” (“The Old Church at Petäjävesi”). Petäjävesi is a municipality in western Finland with a population of just over 4,000. A nearby 17th-century Lutheran church, constructed in a log cabin style unique to the area, serves as the inspiration for Mustonen’s music. Written in 2006, the 16-minute work evokes the church’s character over the course of five movements: “The Church Builders,” “The Sacred Touch,” “Demons,” “St. Christopher” and “Apotheosis.”

Mustonen energetically led the music Thursday evening with emphatic, baton-less conducting gestures, which lent themselves well to the work that consisted largely of somewhat Stravinskian elements.

The second movement of his piece opened with slow, harmonically whining phrases in the winds (with a kind of thump beginning each) interrupted every now and then by chorale phrases in the strings. That was followed by music that served as a kind of scherzo of demons that seemed to be attempting to invade the holy space, which was followed by an homage to St. Christopher.

The concluding “Apotheosis,” as the word implies, sought to draw the preceding together into a unified whole. The piece is well-crafted and interesting, especially as a geo-historical musical portrait, even if it doesn’t wind up on the list of top hits of the century’s first decade.

More ear-opening was when Mustonen returned to the stage as soloist for Beethoven’s Piano Concerto No. 3, leading the orchestra from the keyboard. With its lid off but music desk still in place, the piano was positioned pointing inward at an angle of about 60 degrees, its tail aimed at the cello section which now resides behind the violas due to a seating change made several years ago. Mustonen placed his conductor’s score on the piano’s music desk, and stood to conduct when not occupied playing the solo piano part.

While one might easily imagine that kind of arrangement to be showboating, in this instance it actually worked well. There was a freshness of energy and brightness from the orchestra as it was obliged to stay on its toes, and they played as a tight ensemble.

Removing the piano’s lid also made it easier to hear — not just for the musicians on stage, but also the audience at what was an unexpected level of presence of sound in the hall. The downside was the piano sounded overly brilliant for same tastes, to the point of brittleness at some points.

Nevertheless, there was audible impact that made the ears sit up and take notice. While otherwise not unorthodox at all, it was an invigorating performance by both Mustonen and the orchestra.

Mustonen came back on stage to play a most curious and gentle encore, the Two Part Invention No. 14 in B-flat major by Bach. Certainly the idea of contrast is common in an encore, but in this instance it felt a little out of place.

The Symphony No. 5 of Sergei Prokofiev constituted the program’s second half. It has figured fairly regularly in ASO concerts since Henry Sopkin led its first ASO performance in 1962. The ASO has also recorded the work, along with the composer’s Symphony No. 1, with Yoel Levi at the helm, on a Telarc disc released in 1991.

Mustonen and the orchestra had the measure of the work well in hand from the beginning of the epic first movement to the end. Prokofiev’s optimism, incisive wit and frequent lyricism came through with over three-quarters of an hour of well-woven and varied music. It was a fabric that leaves one at the end with no less than the word “victorious” resonating in the air.