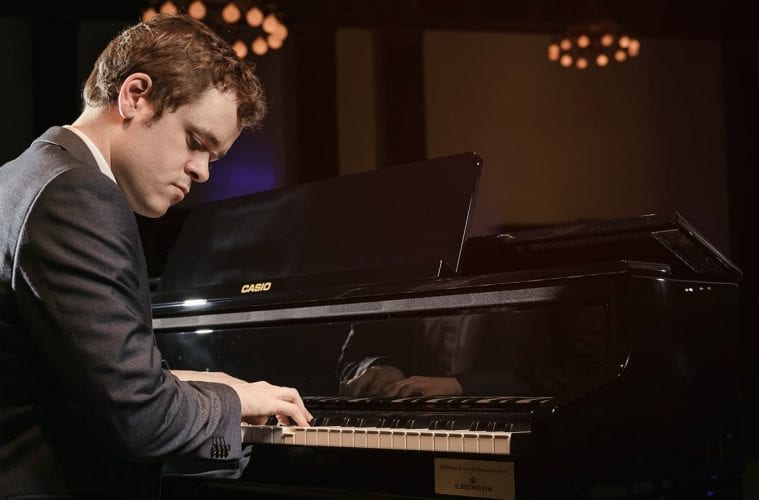 On Sunday’s clear and chilly afternoon, 25-year-old British pianist Benjamin Grosvenor returned to Spivey Hall, performing a recital of music by Bach, Mozart, Debussy, Berg and Ravel. Grosvenor made his Atlanta recital debut at Spivey Hall in the spring of 2015, when he performed music by Rameau, Bach-Busoni, Franck, Chopin and Granados, then in February of this year, he made his Atlanta Symphony Orchestra debut as soloist in the Piano Concerto No. 2 of Camille Saint-Saëns.

Grosvenor opened Sunday’s program with French Suite No. 5 in G major (BWV 816) by J.S. Bach, followed with W.A. Mozart’s Sonata in B-flat major, K. 333, sometimes called the “Linz Sonata” because it was most likely written when Mozart and his wife stopped in the city of Linz, Austria, in 1783, on the road back to Vienna from Salzburg. Both were played by Grosvenor with a lightness and attention to detail that was not rigid, allowing for a flexible degree of expressiveness within the scope of their respective styles, rather than razor-edged.

While the Bach and Mozart selections were well-played, they did not feel spectacular. Spectacular would have to wait until after intermission, beginning with Claude Debussy’s “Prélude à l’après-midi d’un faune,” originally a ground-breaking orchestral work inspired by a Stéphane Mallarmé poem, in this instance as arranged for solo piano by Leonard Borwick, an English concert pianist who was a contemporary of Debussy.

Grosvenor’s performance was radiant, supple, sensitive to atmosphere and color, proving Borwick’s arrangement a genuinely worthy, effective transcription of the piece. Without exiting the stage, he followed that with a convincing performance with a work from the Second Viennese School, Alban Berg’s Sonata, Op. 1, an early expressionist piece with wide-ranging harmonic language that also showed Berg’s penchant for an anxious lyricism that stretches to emotional extremes.

For his final scheduled selection, Grosvenor returned to French repertoire with “Gaspard de la nuit” (1908) by Maurice Ravel. Each of its three movements is based upon a poem from the homonymous 1836 collection of poetic fantasies by early 19th-century French poet and playwright Aloysius Bertrand. Ravel himself said of the piece, “My ambition is to say with notes what a poet expresses with words.”

It began with a shimmering “Ondine,” emulating falling and flowing water to portray a dreamy tale of the water nymph who seduces listeners with her song to go to the bottom of her lake. In contrast, “Le Gibet” posed a desert image, with a corpse hanging on a scaffold. The set concluded with “Scarbo” — by far the most challenging of the three — depicting the nocturnal mischief of a flittering goblin, the music’s initially ominous tones setting an undercurrent for the dramatic, virtuosic display that featured rapidly repeated notes and double-note scales, which Grosvenor managed handily.

Grosvenor returned to the stage for three encores: Moritz Moszkowski’s Etude in A-flat major, Op. 72 No. 11; the “Arioso” from J.S. Bach’s Keyboard Concerto in F minor (BWV 1056) as arranged for solo piano by Alfred Cortot; and the fiery, jazzy Concert Etude Op. 40 No. 3 (“Toccatina”) by 20th-century Russian composer Nikolai Kapustin.

The evening was also notable for some significant news for Spivey Hall, announced to the audience by executive and artistic director Sam Dixon in advance of Grosvenor’s performance. Spivey Hall’s search for a companion piano for its “Clara” Hamburg Steinway, first reported by ArtsATL last fall, is at last concluded. The new instrument, christened “Robert,” is expected to arrive and be un-crated on stage sometime next week. “Robert” is a Steinway & Sons D-274 concert grand piano made in Hamburg, Germany. 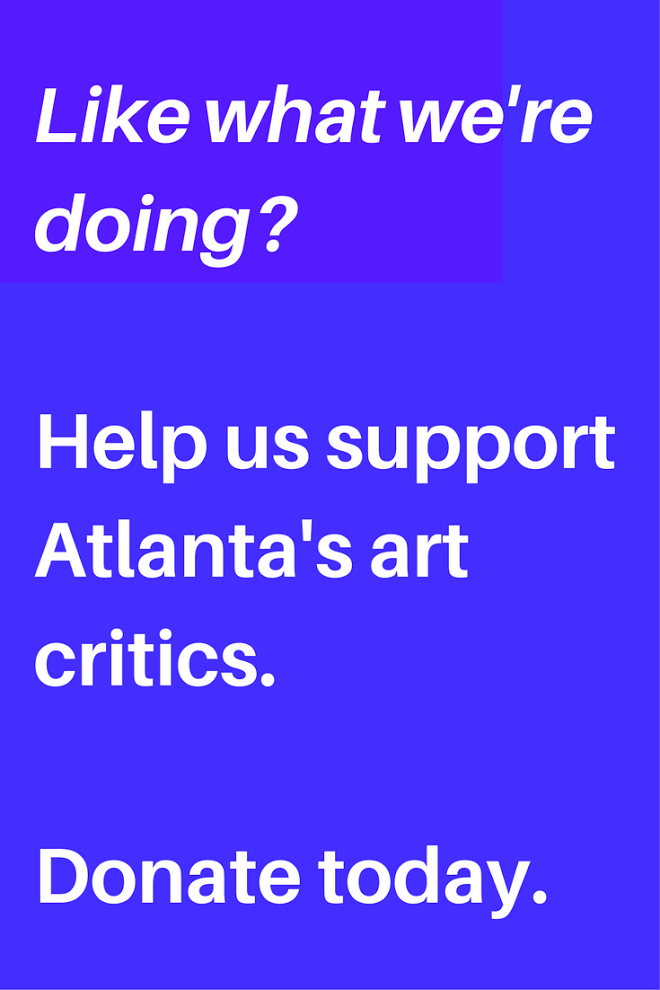 The objective was to find an instrument that is complementary to “Clara” rather than an identical match, for the purpose of expanding the repertoire for which Spivey Hall’s group of Steinway pianos may be best suited. “Robert” has been described by those in the know as having a somewhat lighter touch, with an especially attractive “singing” treble range, and a bit brighter than “Clara,” who, by comparison, possesses a somewhat richer core of sound.

Dixon anticipates that Kirill Gerstein will be the first solo pianist to be offered his choice of “Clara” or “Robert” for a recital at Spivey Hall when he makes his Atlanta recital debut on Sunday, January 21. Since Gerstein will have a choice of which to play, his recital may or may not be “Robert’s” Spivey Hall recital debut. “As always,” says Dixon, “what matters most is that whichever piano is chosen will best serve the needs of any particular pianist and the music the pianist will perform.”