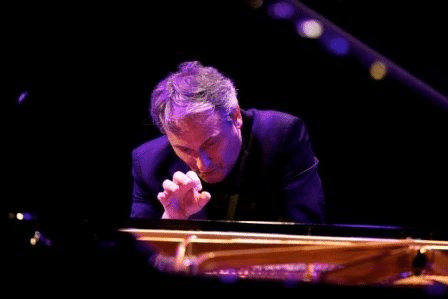 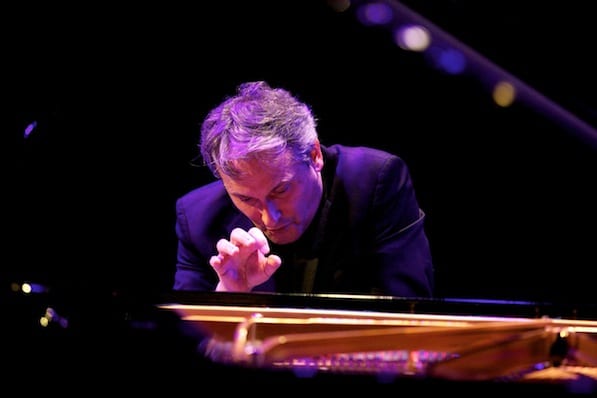 Emory University’s Flora Glenn Candler Series presented a recital by pianist and National Public Radio personality Christopher O’Riley on Friday night, with a varied program in which all selections were announced from the stage of Emerson Concert Hall. He played not from printed music but from scores displayed on a digital screen, using a foot pedal to make page turns.

He kicked off the concert with Franz Liszt’s transcription of a song by Robert Schumann, “Fruhlingsnacht” (“Spring Night”), followed with his own arrangements of a couple of songs by Radiohead and “True Love” by the late, tragic Elliot Smith.

O’Riley has built a significant piece of his career as a pianist out of performing his own transcriptions of alternative rock music. Drawing a parallel between the voluminous 19th-century tradition of transcribed songs and operatic favorites and his own work by front-lining a Liszt transcription before his own seems a natural. It’s one way of connecting what have been called “unique re-imaginings” with a time-honored tradition that had been largely forgotten but is being revived in multiple quarters.

Liszt’s audiences wanted to hear his versions of the day’s hits, but more importantly, they wanted to hear them from a virtuoso who could rock the hall. In other words, the transcriptions were the vehicle, not the end, for Liszt the piano-wielding “rock star.”

As the host of NPR’s “From the Top” and with his eclectic outlook, O’Riley has a platform from which he has become nearly a household name; other pianists who are perhaps more brilliant specialists in classical repertoire are less known to the public at large. It is a situation that, as with radio compatriots Peter Schickele and the late Karl Haas, puts O’Riley in a position to offer both a “classical” outlook to the average music fan and a more open outlook to the die-hard classicist.

Turning next to the movies, O’Riley performed a suite of scenes from Bernard Herrmann’s music for Alfred Hitchcok’s “Psycho.” The original score, written for string orchestra, became a touchstone for music in cinematic thrillers. This nine-movement suite on piano, by contrast, felt increasingly long in the tooth as it progressed, until the famous “murder scene” music raised its head in the penultimate movement. That easily recognized extraction was menacing and reasonably effective despite the absence of the original’s harrowingly screechy strings.

Wrapping up the first half was O’Riley’s “grunge piano” take on the late Kurt Cobain’s “Heart-Shaped Box.” From my perspective, this was the best item on the program, with its often clustery dissonant right-hand chords and the left-hand stride with its grinding, slow, dragging bass. As played by O’Riley, the song was slower and more darkly ironic than as performed by Cobain’s group, Nirvana. I think Charles Ives would have approved, though the young woman seated next to me, perhaps expecting something much prettier and tamer, seemed slightly stunned, like a deer in the headlights.

The second half was led off by another Liszt transcription, this time a song by Schubert, followed by Jon Hassell’s “Last Night the Moon Came Dropping Its Clothes in the Street,” the latter evoking textures of Debussy. Then came a mash-up of transcriptions by Liszt, Moritz Moszkowski and O’Riley of music from Richard Wagner’s “Tristan and Isolde.”

The barn burner of the evening was “Réminiscences de Don Juan,” Liszt’s operatic fantasy for piano on themes from Mozart’s “Don Giovanni.” It’s a long and dramatic piece that puts plenty of technical demands on the pianist. It’s a showpiece, but unlike many operatic derivatives of Liszt’s day that are mere strings of favorite tunes, “Réminiscences de Don Juan” is an admirably structured work. The audience rose to its feet at the conclusion.