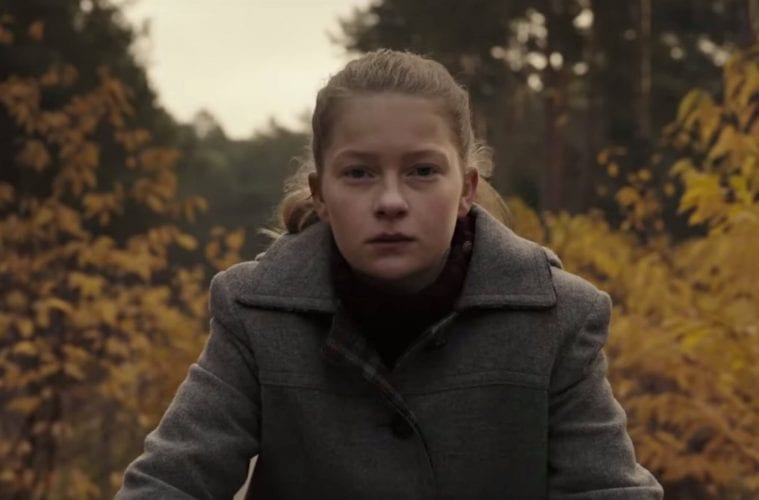 Review: For Netflix and Amazon Prime, it’s the year of the empowered woman

It wasn’t intentional on my part, but there’s a clear theme running through several of the shows I’ve been streaming lately: strong female leads. But let me first start with the most ambitious, sometimes most frustrating series I’ve recently watched.

Dark (Netflix, 10 episodes) has been described as a more adult version of Stranger Things crossed with Twin Peaks, and the show does seem to live in the uncanny valley between those two. Dark is a German production, and Netflix will initially want to show you the tinny-sounding, English-dubbed version. I recommend going to settings, changing the language to German and turning on the English subtitles.

Set in the small, isolated, incredibly rainy town of Winden, Dark kicks off in 2019 with the disappearance of a teenage boy. Local cop Ulrich (Oliver Masucci) can’t help being reminded of his own brother’s unexplained disappearance 33 years ago — especially when his own son also suddenly vanishes. On the Twin Peaks side of things, Winden is a small town with a lot of soap-operatic shenanigans. Ulrich is having an affair with Hannah, who’s the mother of teenager Jonas and recent widow of Michael — whose suicide by hanging kicks off the series. If you think one of the big mysteries is why Michael killed himself, you’re both right and very wrong. Even as we’re trying to untangle the town characters’ relationships, Dark introduces a time-travel element that sets the narrative on a double, then triple timeline, with scenes set in 1986 and 1953. This means that certain characters — like Jonas’s grandmother, played in 2019 by veteran actress Angela Winkler — are eventually played by three actors of different ages. That brings me to my bottom line: Dark is compellingly moody with some interesting sci-fi ideas and questions about fate. But you may be hitting “pause” a lot, trying to clarify who is doing what, and when.

So, back to the empowered women . . . Fearless (Amazon Prime, six episodes) was a must-see for me when I learned the star was an actress I really like, Helen McCrory. You might know her best for her tiny role in the Harry Potter movies as Narcissa Malfoy. (She was originally offered the Helena Bonham Carter role, Bellatrix Lestrange, but became pregnant with husband Damian Lewis and had to back out.) McCrory deserves to be better known.

Here she plays Emma, a driven, liberal London lawyer who takes on the seemingly hopeless case of a man jailed for the murder of a 14-year-old schoolgirl more than a decade ago. Emma drinks too much, upsets the authorities (and family of the dead girl) and generally proves to be a good descendant of Helen Mirren’s Jane Tennison from the Prime Suspect series. Fearless is supremely watchable, but as the mystery starts to involve a US airbase in England, and an NSA operative (Robin Weigert) is unleashed to block Emma’s investigations, the series can feel a bit like a relic. It’s relying on a not-so-long-ago image of the US intelligence agencies as coordinated and all-powerful, rather than neutered and under attack by the current administration. If you want more powerful women, gallop on over to Godless (Netflix, seven episodes). I mentioned this in my last roundup, and I haven’t finished watching it yet, but Scott Frank’s western, focused on an 1880s town populated mainly by women, is a great pleasure. Michelle Dockery plays a sharp-shooting homesteader, Jake O’Connell is the renegade she takes in, and Jeff Daniels is the one-armed villain tracking him down. (I’m so accustomed to Daniels playing nice guys, I was well along in the first episode before I even recognized the actor behind the bushy whiskers and drawled threats.)

Also on Netflix is the seemingly all-powerful yet paradoxically powerless Queen Elizabeth II, played by Claire Foy in the second season of The Crown (10 episodes). Things kick off with the Suez Crisis in 1956, and Prime Minister Anthony Eden’s (Jeremy Northam) ill-considered response to it. But as always, the focus is as much on the private as the political, as Elizabeth and husband Philip (Matt Smith) weather their marital problems. I know some people find The Crown glacially slow, or too rarefied. But creator-writer Peter Morgan (The Queen, Frost/Nixon) has a knack for balancing history with dramatic juiciness. And Foy’s laser-focused performance — a master class of what an actor can do with stillness — is remarkable.

If you want to see Foy as a very different royal figure, you might want to rewind a couple of years and check out 2015’s Wolf Hall (Amazon Prime, six episodes). The miniseries can’t approach the power (and sometimes difficulty) of the two Hilary Mantel novels it’s based on, and it’s a stodgier production than The Crown. But Foy is a catty delight as the smirking Anne Boleyn, who literally charms the pants off Henry VIII (Damian Lewis) but unwisely tests the patience of the king’s lord chamberlain, Thomas Cromwell (the great Mark Rylance). Though Cromwell was responsible for the great political/religious upheaval that allowed Henry to annul his first marriage and marry her, Anne mocks him, calling him “Cremuel” in her schoolgirl French, failing to see that the man she underestimates is on intimate terms with the royal executioner. Finally, for something completely different, anyone who’s admired the documentaries of Errol Morris (The Thin Blue Line, The Fog of War) will want to see what he’s up to now. Wormwood (Netflix, six episodes) centers on the perplexing case of Frank Olson, a biological warfare scientist working for the CIA who fell to his death from a New York hotel in 1953. Twenty-two years later, his widow and three children learned that this presumed suicide may have resulted from Olson being surreptitiously dosed with LSD by his superiors. President Gerald Ford offered the Olson family an apology. But was this really an accident, or something more sinister?

Deviating from his usual documentary techniques, Morris shifts from interviews with Olson’s son, Eric — whose life has been consumed by this mystery — to recreations of the past, featuring actors (Peter Sarsgaard as Frank, as well as other familiar faces, Molly Parker, Tim Blake Nelson and Bob Balaban). It’s an interesting choice, but fair warning: this story is a rabbit hole that doesn’t guarantee solid ground at the bottom.