Review: Kristen Wiig seizes the moment in “Nasty Baby,” a slice of life that resonates and surprises 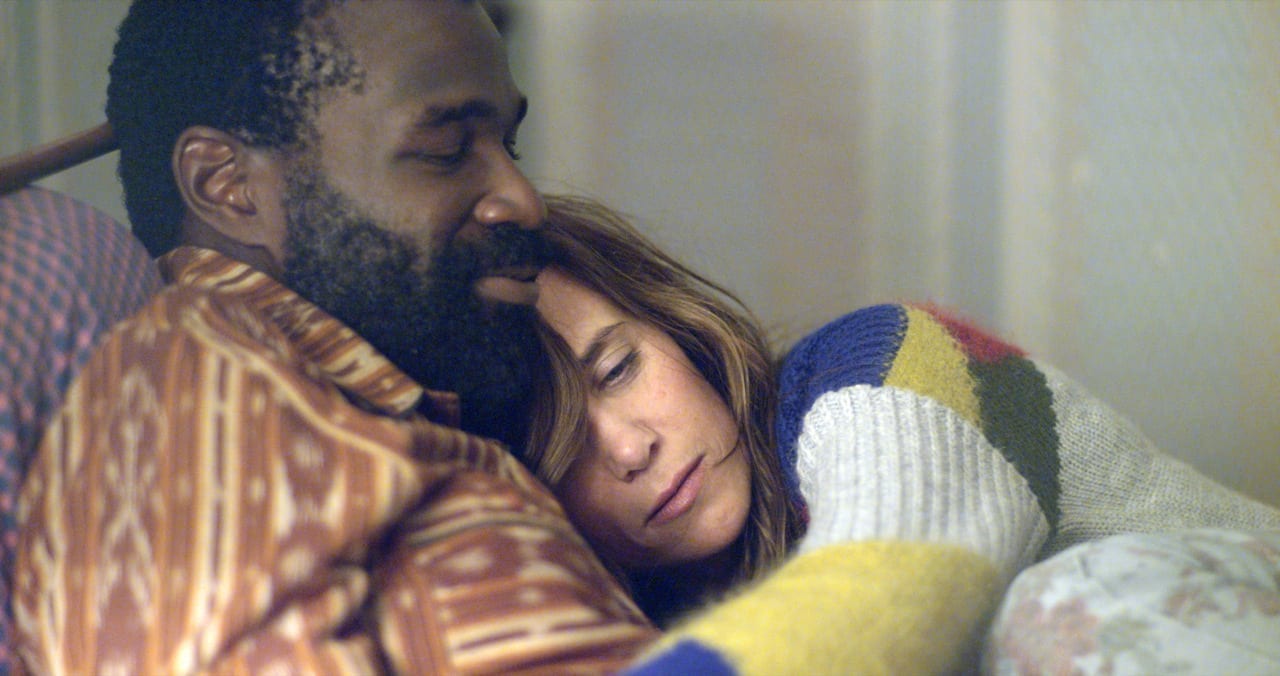 A biological clock is only one thing that’s ticking down in Chilean writer-director Sebastián Silva’s Nasty Baby. His sly, textured, occasionally shocking comedy-drama shows us the way we live now. That is, if “we” live in the Fort Greene neighborhood of Brooklyn and include among our friends multicultural gay couples, interdisciplinary artists and the occasional scary homeless person. Of course, that’s close to the world a lot of us live in these days.

Freddy (Silva) is a Chilean visual artist preparing his first foray into video for an installation in a group show called “Nasty Baby.” His plan is to film himself as a grown man acting like an infant. Yeah, it’s the sort of thing that makes people smirk about performance art.

Meanwhile, he’s been trying to help his best friend Polly (Kristen Wiig) become a single mom by donating sperm. When she learns his little swimmers have a very low count, she turns to Freddy’s African-American boyfriend Mo (Tunde Adebimpe) who, well, he’s not completely down with the whole surrogate-donation thing.

Silva (the director) follows his characters’ daily boho lives, often with a handheld camera that reflects their spontaneity and ease in the world they’ve built. But the edges around the frame start to darken. In particular, there’s a hulking local named The Bishop (Reg E. Cathey), who may or may not have a place to live, and may or may not be dangerously crazy. He’s as scarily fond of Polly as he is homophobic toward Mo and Freddy. An elder gay friend, Richard (Mark Margolis), warns the trio to keep their distance, but that’s hard to do in the small-town world of the big city.

Frankly, Freddy and Polly sometimes seem to think they’re invulnerable, though they’re not completely unself-aware. Hanging at a local coffee shop and looking at young parents around them, Freddy notes, “Every white mother has a black baby.” Exultant and self-mocking at the same time, Polly replies, “I’m gonna be trendy!” (The repeated sight of the middle-aged Polly traveling along the Brooklyn sidewalks on a stand-up kids’ scooter is the closest Baby gets to outride derision of the hipster aesthetic.)

A slight reality check arrives when Freddy, Mo and Polly head to flyover territory to meet (for the first time) Mo’s extended family. Though everybody’s perfectly nice and on their best behavior, Mo’s sister (herself pregnant) sizes up her brother’s ménage and says, “How is this thing gonna work?”

As he did with his 2009 film The Maid, Silva keeps us always slightly off-balance. He has a knack for leading us down a path, through racial, sexual, class and ethical complexities.

His movies convince us we know where we’re headed, then spring surprises and leave us to deal with the ramifications of what we’ve just watched. In this case, we wind up wondering how far Freddy, Mo and Polly are willing to go to maintain their off-kilter status quo.

The actors are all good, including Arrested Development’s Alia Shawkat as Freddy’s bemused assistant. Wiig is terrific in a mainly serious role, but that’s old news. Again and again she has proven the old adage that drama is easy, comedy is hard.

Polly could be her Bridesmaids character if she hadn’t landed the cute Irish cop at the end, and decided to head for New York and try on a new life there. The life she finds in Nasty Baby is one that shows that very different people can coexist together in a self-made community … but that’s not how the rest of the world automatically works.