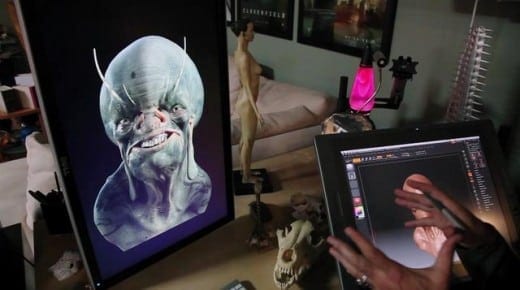 Review: MODA fest film “From Nothing, Something” engaging but both too much and too little Director Tim Cawley interviewed creatives from many fields for his documentary From Nothing, Something.

Both a feast and a helping of tapas that doesn’t quite fill you up, From Nothing, Something: A Documentary on the Creative Process, among the films included in the Museum of Design Atlanta’s first film fest, leaves you wanting more. Or, maybe, less — but in a distilled, focused form. That’s my criticism. Otherwise, it’s an engaging documentary for creative people, or for anyone interested in trying to understand how the process works. (The movie shows that, like God, the ways it works are mysterious indeed.)

Locating the creative spark across multiple disciplines, director Tim Cawley (who will attend Saturday’s screening at MODA and offer a Q&A afterward) aims his camera wide. The festival runs Friday through Sunday.

From Nothing is skillfully and fluidly made, arranging interviewees’ responses along loose subject lines: deadlines, critics, drive. Sources of inspiration are wonderfully diverse. The cartoonist gets the idea for his day’s topic from a glance at the K-Mart across the street from his home. When designing a particularly vile monster face in the Star Trek movie, the Hollywood FX guy takes flight after seeing a clinical photo of, ahem, a “prolapsed anus.”

The problem with including so many interesting people is that as soon as one person offers an interesting insight or anecdote, it’s off to someone else. If, say, you’re more attuned to fashion than fine dining, you’ll wish you had a control to follow only the person that interests you most. Which I guess is my way of saying, From Nothing feels like the pilot for a documentary series I would really love to follow. It’s as much TED Talk as movie.

And here’s a paradox: “creativity” is something you just can’t pin down. You can talk around it, sure, and document its final result. In the same way, newscasters can speculate about a hurricane’s trajectory, or analyze the impact after the storm has transformed a landscape. But trying to describe the wind itself, as it blows? That’s a mystery that even the most articulate creative person — and there are many onscreen here– can never really explain.

From Nothing, Something: A Documentary on the Creative Process. Georgia premiere, 4 p.m., Feb. 8. Museum of Design Atlanta.